Ford celebrates reinvention of the Mustang. 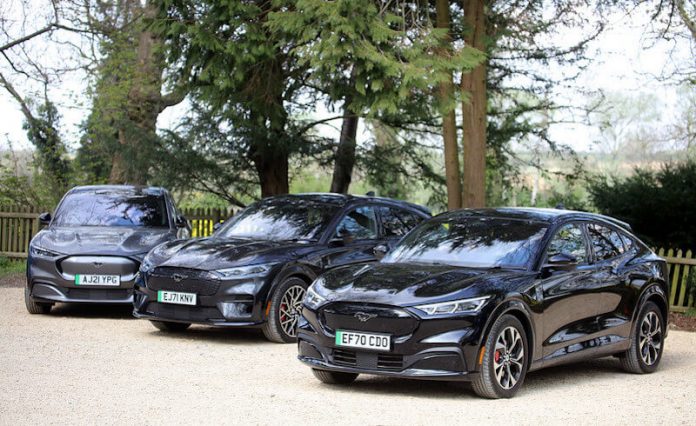 Ford continues to celebrate the reinvention of the Mustang Mach-E range as it brought together classic models and the latest GTs for enthusiasts to admire and test drive.

Around 25 Mustangs – both ‘gas guzzlers’ and the new all-electric versions – enjoyed the sunshine at Warwickshire’s Caffeine & Machine, where enthusiasts of the original car got to test drive the new Mach-E models including the SUV and GT range. Amongst those in attendance was our own Mike Brewer, host of Wheeler Dealers, who was garnering public opinion on the new electric vehicles. 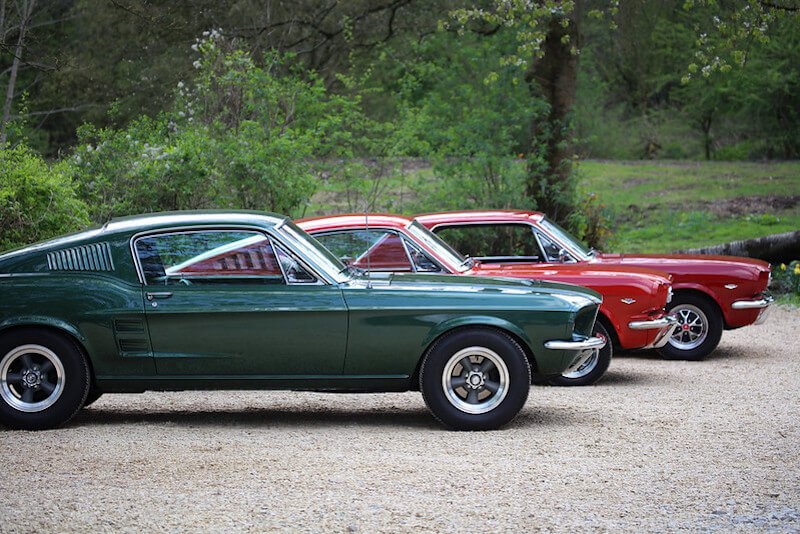 “Ford has taken a name that is so famous for a V8 engine and you’re not going to hear that anymore as the Mustang Mach-e is a pure electric car,” explains Mike Brewer. “There’s some naysayers out there who say that’s a bit of a crime but when you get behind the wheel of one of these pure electric vehicles, it will change your mind because they are incredibly powerful.”

Amongst the cars on display was Ford’s Guinness World Record holding Mustang Mach-E, which secured the record after demonstrating its ultra-efficiency between John O’Groats and Land’s End.

Awarded for the lowest energy consumption in an electric car, independently verified data showed that the Mach-E travelled over 6.5 miles per kilowatt hour (kWh) of electrical energy.

With 88kWh of available battery capacity, the efficiency achieved reflects well over 500 miles of range, adding more than 120 miles to Mustang Mach-E’s official 379-mile range – and trebling the miles per kWh target set by GUINNESS WORLD RECORDS™ for this new electric vehicle record. 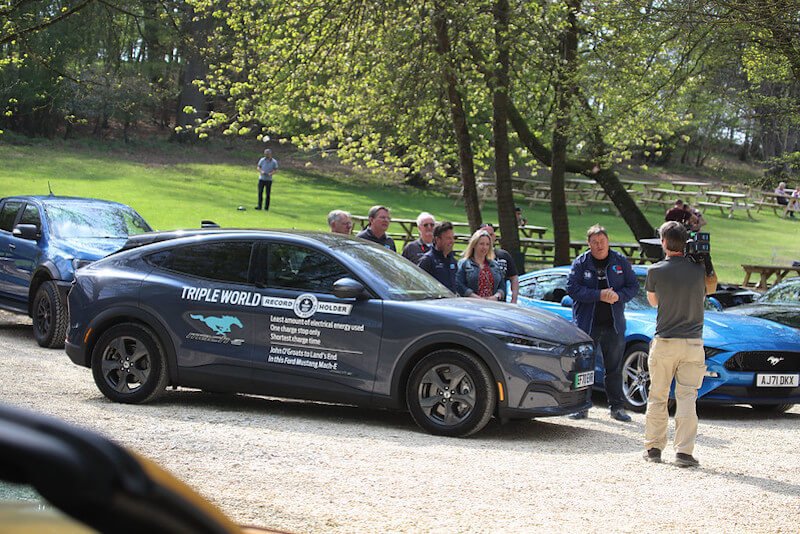 The record-breaking performance on Britain’s most lengthy journey necessitated stopping for under 45 minutes of charging.

Since then, the car has become a triple record holder after adding two charging titles to the ultra-efficiency record already won.

The team only stopped at MFG’s charging hub in Wigan, in North West England, for the single charge last month, meaning the fewest charge stop record will be permanently held by Ford Mustang Mach-E. MFG’s charging network will be joining the 15,000 UK charging locations, and 200,000 across Europe, which can be located, navigated to and paid for in the Ford Pass app.

In July, the Mach-E’s ultra-efficiency on the same route consumed the least energy by an electric vehicle by travelling 6.5 miles per kilowatt hour (kWh) – equating to well over 500 miles of range, compared to an official 379-mile capability from a single charge.

Tim Nicklin, Ford’s electrification manager, said: “As deliveries ramp up, customers can be assured of Mach-E’s viability for daily use – as evidenced by this triple record-breaking performance, even on the UK’s most extreme journey.”