Held on Sat 20 and Sun 21 Feb on the event’s social media channels.

The organisers of Reis Race Retro are going online to mark the advent of the historic motorsport show with Reis Race Retro Revisited, held on Saturday 20 and Sunday 21 February on the event’s social media channels.

Unable to take place at Stoneleigh Park due to the current Covid restrictions, the two-day virtual event will ‘revisit’ some of the highlights of the past 18 years of Reis Race Retro, annual season opener.

Memories being shared via videos include the 2010 reuniting of the legendary Sir Stirling Moss with the Lotus 18 he raced to victory in the 1960 Monaco Grand Prix. There’s also an interview with the late, great Norman Dewis OBE conducted in 2016 by journalist Graham Clark. 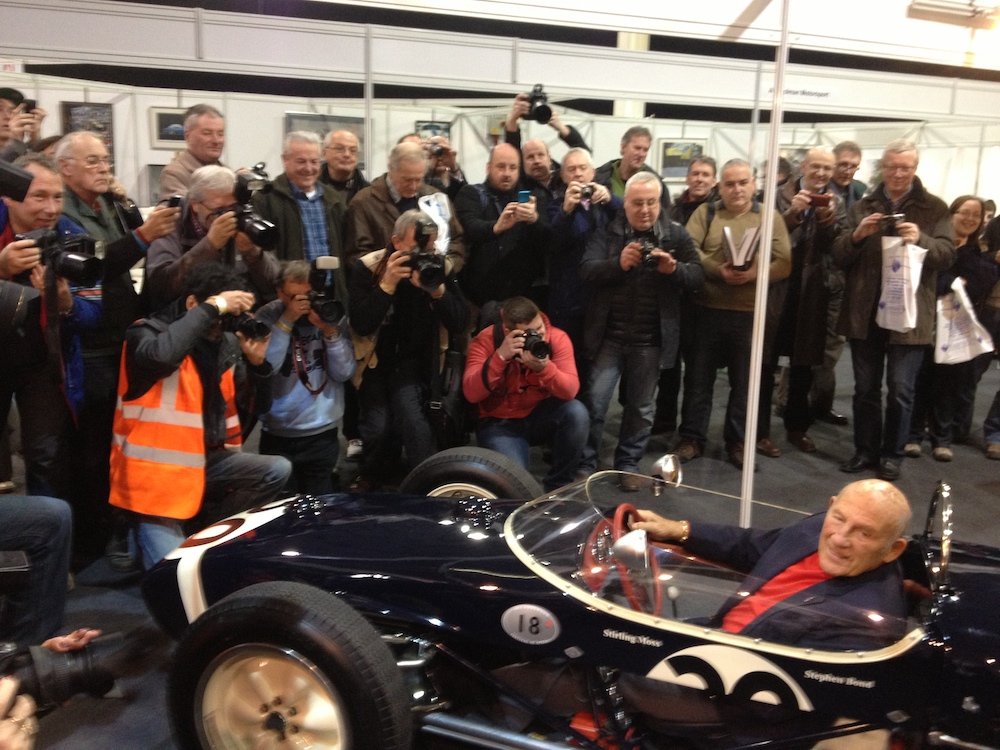 Lee Masters, Show Director, said: “We’re all sad we can’t meet at Stoneleigh for Reis Race Retro but hopefully this online gathering will allow enthusiasts to share is some fantastic memories of the show, be it the motorsport legends they’ve met, the cars they’ve seen in action, or just the friends they’ve made.”

Other throwbacks include the 2016 meeting of rally driving hero Russell Brookes with young rally driver Chris Ingram. It was during this introduction by Rallying with Group B, Russell challenged Chris to become the first Brit to win the FIA European Rally Championship in over 50 years. Chris won the title in 2019, 52 years after Vic Elford lifted the trophy.

Staying with rallying, there will be a chance to watch clips of an interview with Ari Vatanen from 2016, Michele Mouton in action on the live rally stage in 2007, and an update from Rallying with Group B, organisers of the outdoor rally action.

For racing fans, there is a tribute to Barrie ‘Whizzo’ Williams, who was a huge supporter of Reis Race Retro as well as interview clips from Tom Kristensen’s debut in 2017 and John Fitzpatrick’s appearance in 2019.

Interspersed throughout the day, there will also be updates from the clubs, series organisers, exhibitors and headline sponsor Reis Motorsport Insurance on what they’ve been up to and what their plans are for once lockdown ends.

Richard Morley, Broking Director at Reis Motorsport Insurance, added: “We can’t wait till it’s safe for us to all meet again, but in the meantime this online event will give enthusiasts the chance to relive some great memories from over the years. We’ll ‘see’ you there!”

There will also be a preview of the Silverstone Auctions Race Retro sale which will take place online on Saturday 27 March 2021, starting at 11am. Lots can be viewed at www.silverstoneauctions.com and consignments are still be accepted.

Organisers Clarion Events would like to thank all sponsors, partners, traders and visitors for their continued support during these unprecedented times.