The new series airs from Wednesday 6 January at 9pm on Quest.

Decorative salvage dealer Drew Pritchard and car dealer Paul Cowland are back on the hunt for more iconic classic cars to buy, restore and sell on with the fifth series of Salvage Hunters: Classic Cars.

With Drew mostly concerned about look and feel while Paul worries about the numbers they don’t always see eye to eye. Ultimately though they’re are united by a shared passion for creating stunning cars and turning a shilling at the end of it all.

Across the five brand new episodes, Drew and Paul discover a wide range of classic cars – although some are more desirable than others. 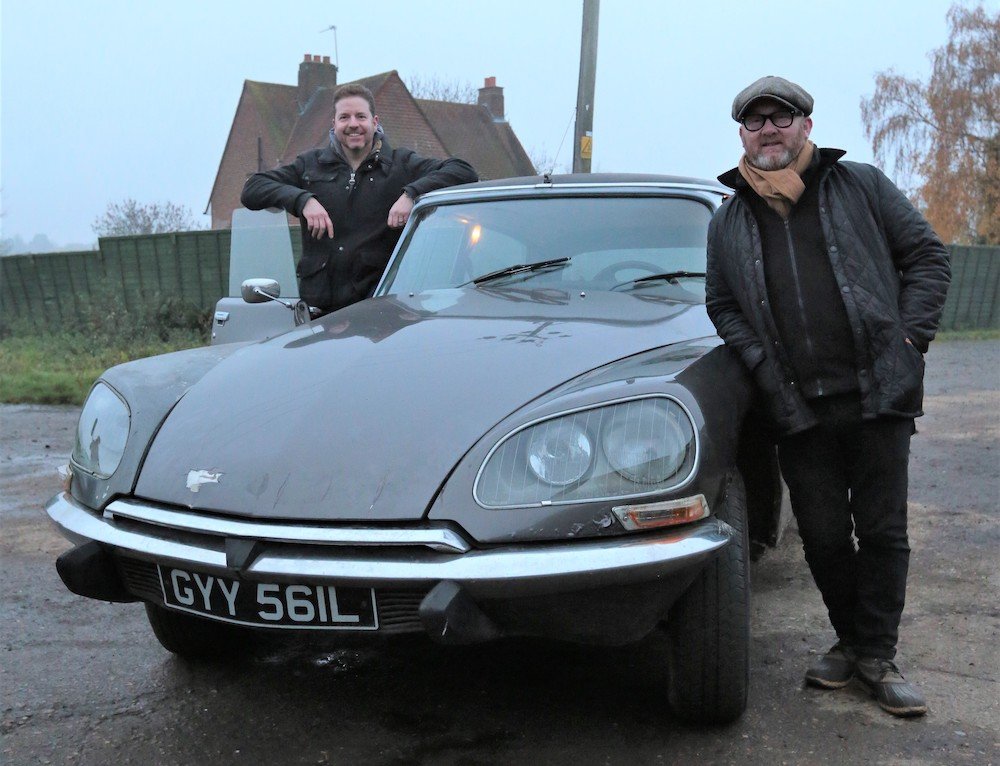 The Citroen DS tops many people’s lists of desirable classics and Drew is no exception. So he can’t hide his disappointment when he and Paul find a 1972 car that looks like a complete wreck in the first episode. Paul can see beyond the rust riddled bodywork and reckons there’s a decent car underneath but it’s not going to be an easy build.

A beautifully cared for Lotus 7 appears the perfect antidote to the headaches of the DS. With little work required, Paul hopes it could give them a nice easy profit. But Drew has bigger, costlier plans for the car. 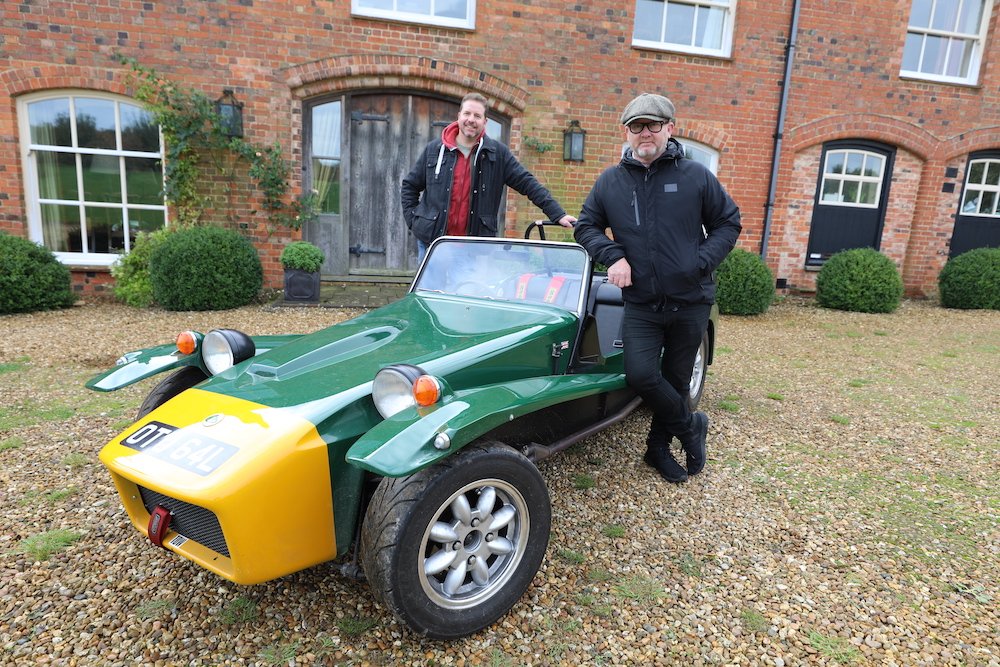 In episode 2, Drew and Paul are in quirky car heaven when they meet Gloucestershire based collector Fredrik. With a fondness for the unusual, Fredrik has sourced cars from all over Europe and boys are here to see a rare Saab 96. For diehard Saab fanatic Paul, it is love at first sight but sparks soon fly when Drew suggests a controversial two tone paint scheme.

In Scotland, the boys visit another heavenly collection – this time of classic Fords. They come away with an immaculate looking Cortina GT which should yield a fairly straightforward profit. But when the engine suddenly goes pop, the boys need a new strategy and they turn to a family business that’s been associated with high performance Fords since the 1950s. 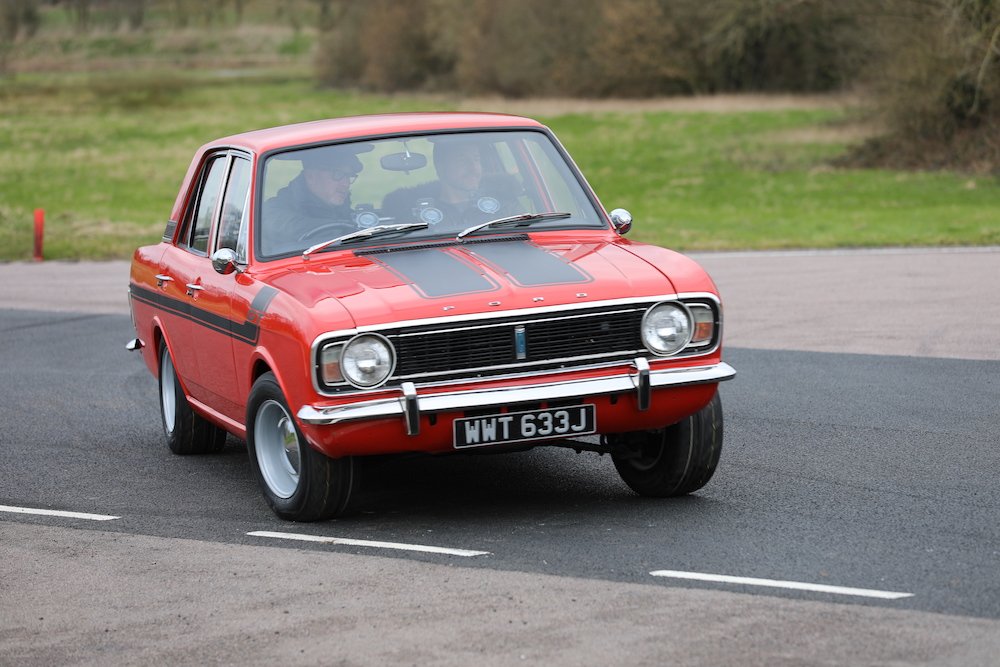 Episode 3 sees a Salvage Hunters: Classic Cars first – a whole episode dedicated to one car. Drew’s horrified when he finds out Paul’s come to one of Britain’s busiest classic car auctions without him. He cheers up when Paul manages to win a stunning MGA for a bargain price but it’s soon clear the two have very different ideas about what to do with the car. As they embark on a substantial makeover of this iconic English classic, Drew goes on a spending spree, choosing bespoke finishes for everything from the wheels to the seats. But not all of his ideas go to plan and Paul is left counting the costs. 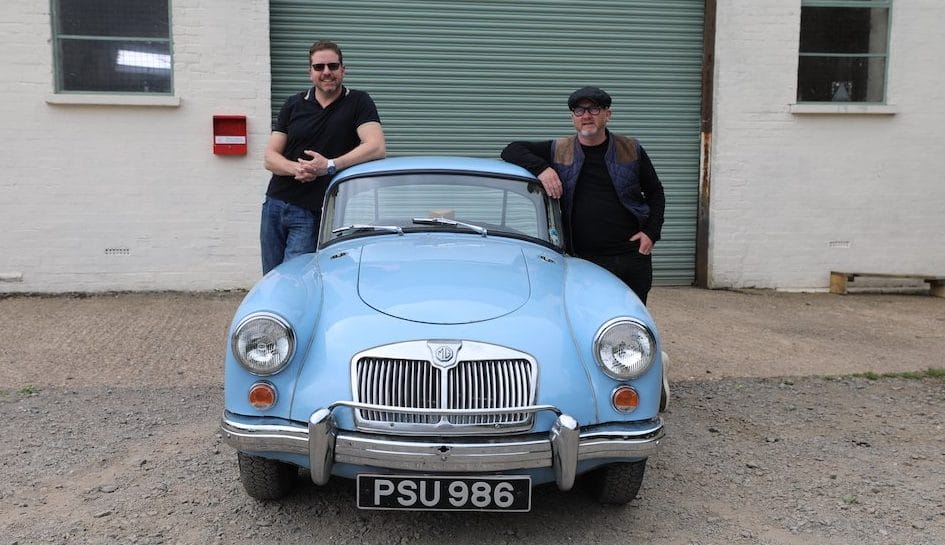 The Lotus Elise is modern classic and both Drew and Paul love them. Unfortunately the one they find in Scotland during the fourth espisode is a boy racer’s fantasy that has been fitted with a full catalogue of aftermarket accessories. And the boys soon discover that removing all those stripes and spoilers leads to a hefty bill at the bodyshop. 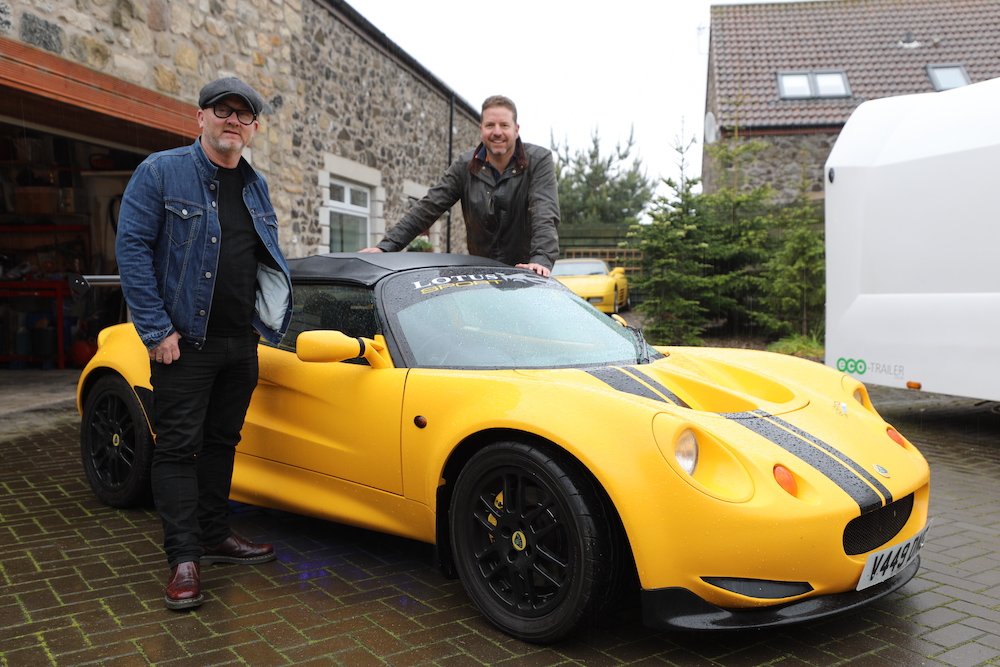 But that’s nothing compared to the cost of buying an old Ford and Drew’s jaw hits the floor when Paul suggests they pay £11,000 for an old Fiesta. It may be a rare Supersport model – Ford’s first ever hot hatch – but Drew still can’t come to terms with the price especially as the one they’re looking at needs a full respray. Will the car really be worth twice as much when it’s finished? 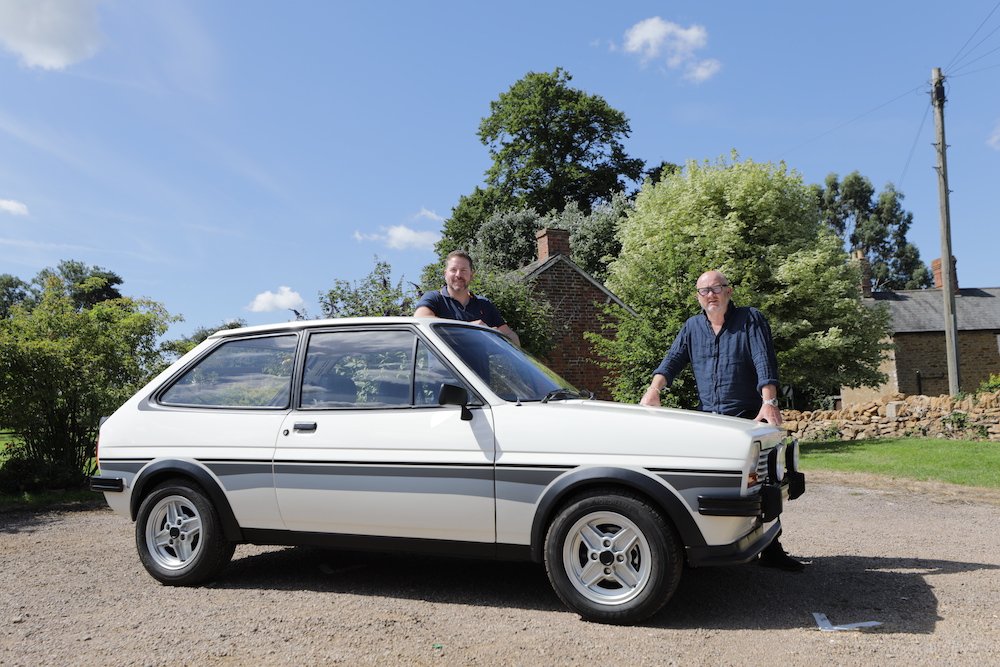 The final episode sees the boys seduced by a stylish if tatty Lancia Montecarlo. Paul’s dreams of turning it into a replica rally car are dismissed as childish fantasy by Drew who wants to restore the car to its original factory condition. But with everything from bumpers to seat fabric in short supply that’s easier said than done. 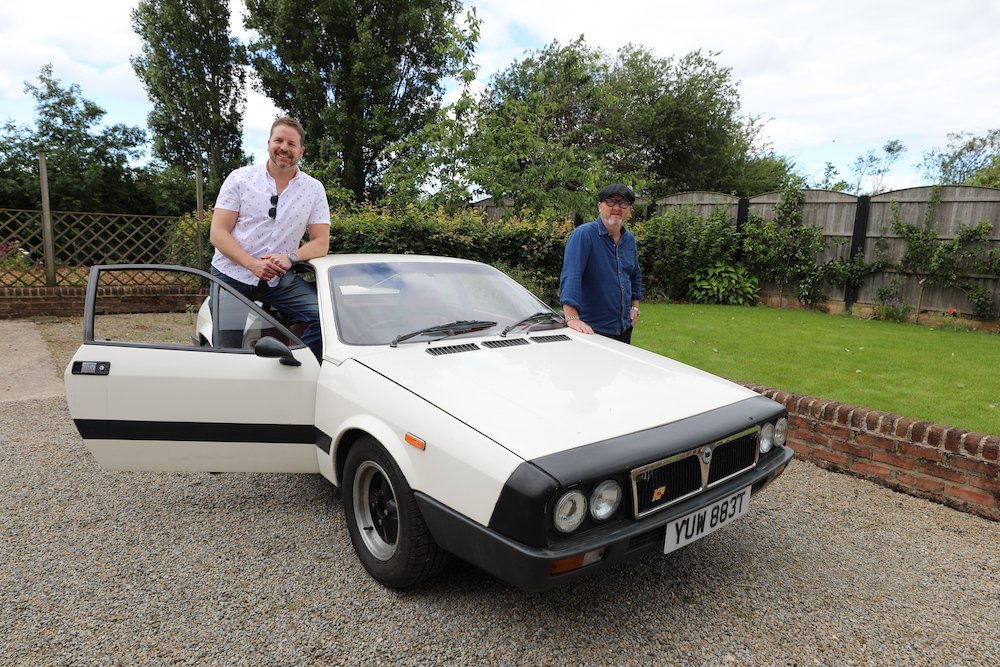 In theory, a 2CV Van should be a much simpler project but after a woefully slow test drive Drew’s decides he wants to fit a bigger more powerful engine. Paul thinks that’s far too difficult and expensive so he takes it upon himself to find an alternative solution. 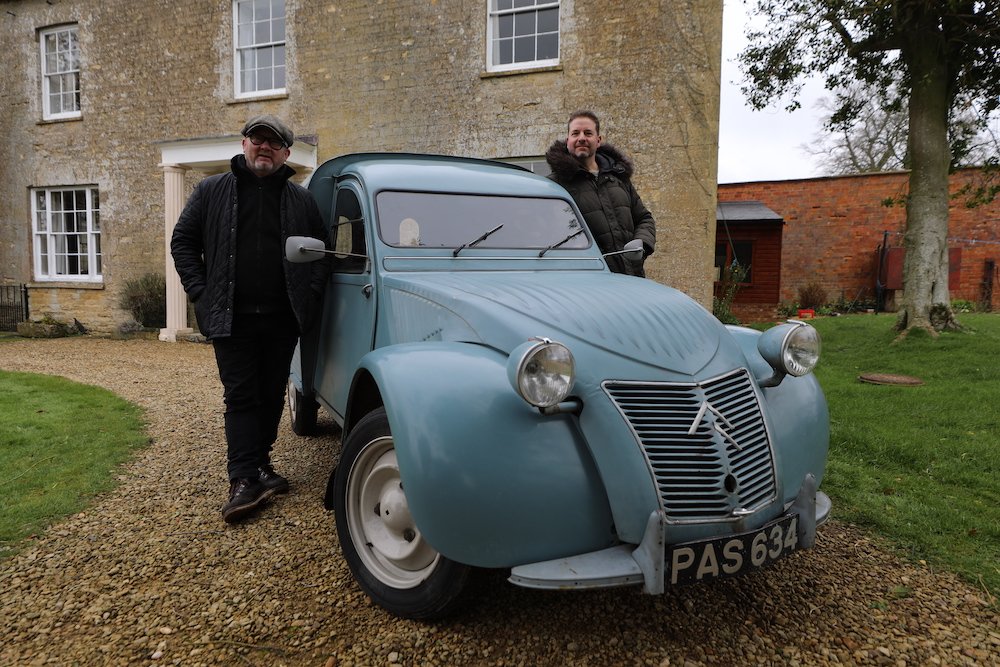 The new series of Salvage Hunters: Classic Cars airs on Wednesday 6 January at 9pm on Quest.