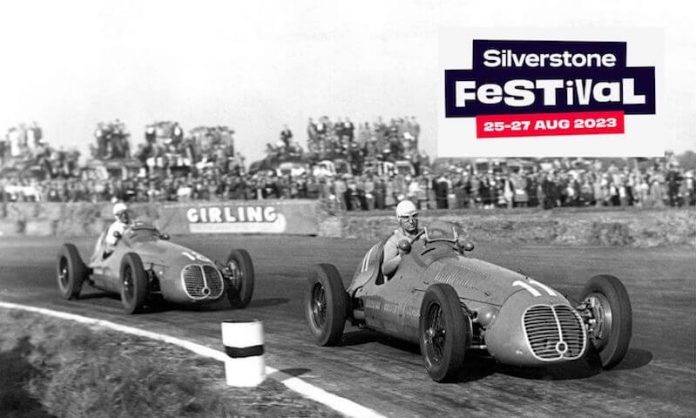 It was back in October 1948 that Silverstone hosted its very first race meeting, staged on the runways and perimeter roads of a former RAF bomber station (see original 1948 track map below). With the country’s other race circuits such as Brooklands and Donington inoperable post-WWII, Silverstone swiftly established itself as the home of British Motor Racing – a status it has been proud to hold ever since.

That first race meeting back in 1948 was an International Grand Prix featuring all the sport’s top stars and fastest cars and, two years later, Silverstone had the further honour of hosting the very first round of the FIA World Championship for the newly inaugurated Formula One.

Celebrating the glorious past and the circuit’s present as the home of the annual British Grand Prix, Silverstone Festival will put a special spotlight on 75 remarkable years right at the pinnacle of global motorsport.

To mark this major milestone, a glittering parade of Grand Prix cars that have raced at Silverstone over the ages will be taking to the track on all three days of the Festival. This incredible ‘moving museum’ will stir memories, honouring past champions and lauding British Grand Prix winners from yesteryear.

Adding to the Bank Holiday celebrations, the packed racecard will also pay homage to 1948 with a dedicated showdown reserved especially for classic front engined Grand Prix cars dating back to the circuit’s earliest days.

The Historic Grand Prix Cars Association will be inviting a selection of 30 front-engined and 30 rear-engined F1 cars to race and, following one qualifying session on Friday for all 60 entrants, the weekend will witness three not-to-be-missed 20-minute races. One of these will be exclusively for front-engined cars with an evocative field of iconic Aston Martins, Ferraris, Maseratis and Scarabs all doing battle in The 75th Anniversary Grand Prix Trophy for Front Engine GP Cars. 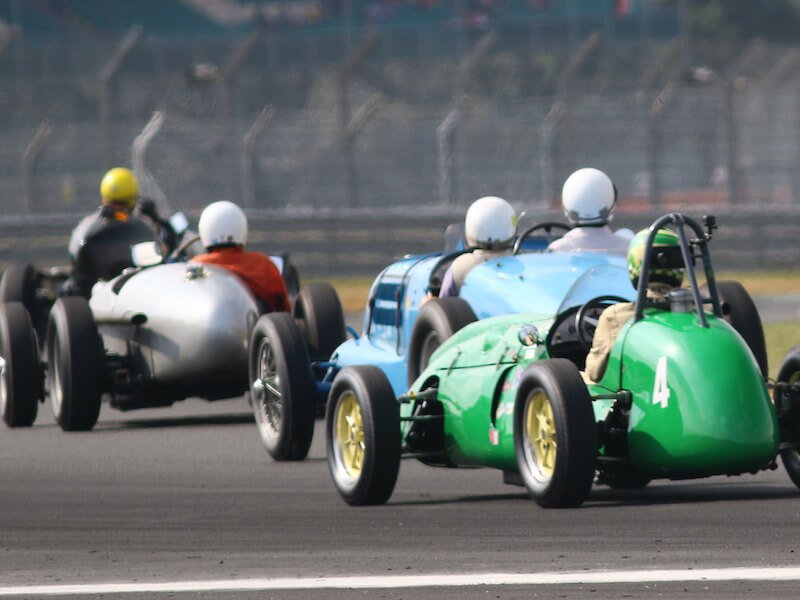 At the other end of the time-line – and celebrating all eras of Silverstone’s distinguished history – the Masters GT Trophy will star a mouth-watering grid of exciting GT supercars that raced between 2007-2018 with Aston Martins, Audis, Ferraris, McLarens, Mercedes, Lamborghinis and Porsches all to the fore.

Ever since the fifties, competition-prepared Jaguars have been huge crowd-pleasers at Silverstone and saluting this long association, the unrivalled roster of retro races at this summer’s Festival also features the Motor Racing Legends Big Cat Challenge Trophy – a showdown for pre-’66 racing Jaguars including early E-types, D-types and C-types plus all XK models as well as Mk1 and Mk2 saloons.

Another exciting and evocative innovation being unveiled for the 75th birthday party is the addition of an Historic Formula Libre grid, open to a wide range of powerful single-seaters from the sixties and seventies. 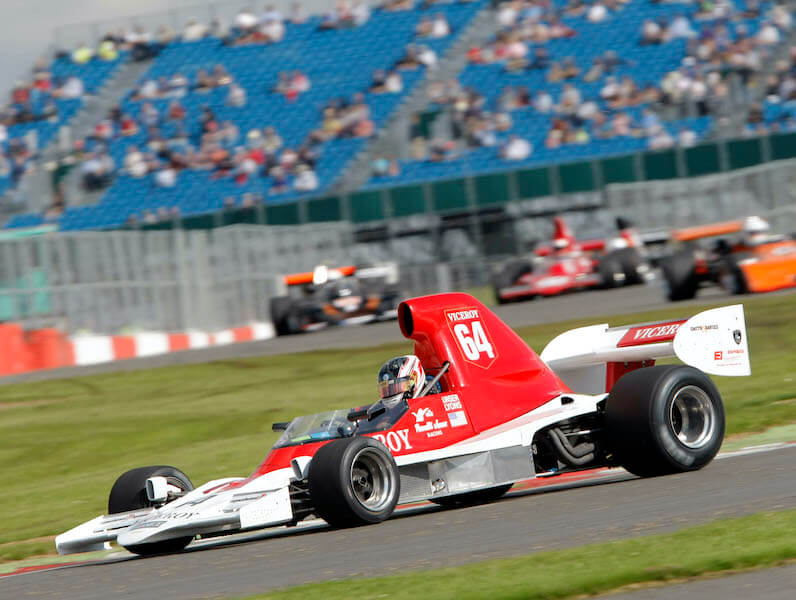 Back in the day, Formula Libre races were always popular at Silverstone – not least as they were often the fastest on the bill – and their re-introduction at the Festival is certain to be another major attraction with a mesmerising mix of great pre-’78 and ground-effect F1, F5000, F2, F Atlantic, F3 and FF2000 cars expected.

As well as masterminding the welcome return of Formula Libra, the Historic Sports Car Club (HSCC) will also be bringing its Roads Sports and Thundersports grids to the Festival, ensuring further variety to a standout 20-race programme, which also includes all the well-established crowd-pleasers.

“We really wanted to mark Silverstone’s 75th anniversary with a bumper track programme celebrating the circuit’s incredible heritage – notably its unique place in Formula One history,” explained Nick Wigley, Silverstone Festival Event Director. “While the Festival is broadening its appeal, the racing remains right at its heartbeat and I’m thrilled with the fantastic range of grids we’ve assembled to mark this important landmark in Silverstone’s ever-evolving story.”

A wide-range of tickets for the 2023 Silverstone Festival are now on sale, including camping and VIP hospitality options.

The MGB is dead….long live the MG4

Coming to Classic Car Auctions in 2023