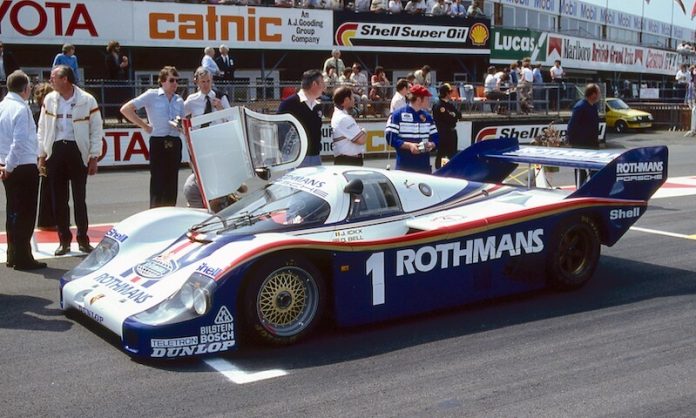 Silverstone will celebrate the 40th anniversary of the legendary Group C sportscar era at The Classic next month (26-28 August).

As well as being the birthplace of the Formula One World Championship, Silverstone, the famous Northamptonshire circuit also had the honour of hosting the very first race for lionised Group C cars.

The opening round of the 1982 World Endurance Championship – the Six Hours of Silverstone – took place on Sunday 16 May and heralded the dawn of a glorious new generation of sports racing cars which quickly rivalled Formula One for popularity among fans and manufacturers. Such was its immense global popularity that seminal Group C remains one of the most revered motor sport series of all times. 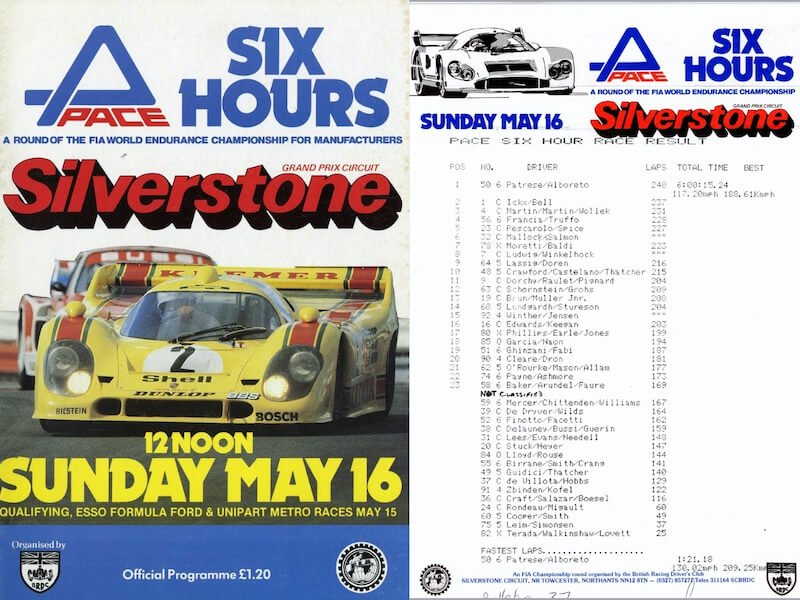 Now, 40 years on, The Classic will salute the significance of Group C’s birth at Silverstone with a special display of iconic Group C cars topped by evocative track demos on both Saturday and Sunday.

Fittingly, back in 1982 Silverstone’s curtain-raiser was won by the car and driver pairing that would become Group C deities: a blue and white Rothmans liveried Porsche 956 shared by Jacky Ickx and Derek Bell. The   Porsche debutant actually finished second on the road behind the Lancia LC1 of Riccardo Patrese and Michele Alboreto (which was running to less restrictive Group 6 regulations) but crucially took Group C honours on debut.

Backing-up this milestone success at Silverstone, just five weeks later the same holy trinity won the most famous endurance race of them all: the epic Le Mans 24 Hours.

Despite increasing competition from numerous rival global manufacturers all keen to jump aboard the burgeoning bandwagon, Porsche dominated Group C in the early days… but slowly its stranglehold was loosened.

Jaguar, Mercedes, Mazda and Peugeot all became Le Mans winners in the Group C era while other global automotive giants including Ford, Lancia, Nissan and Toyota all enjoyed their own lesser successes before ever-rising costs spelt the end for Group C and resulted in the introduction of new technical regulations in the mid-nineties. 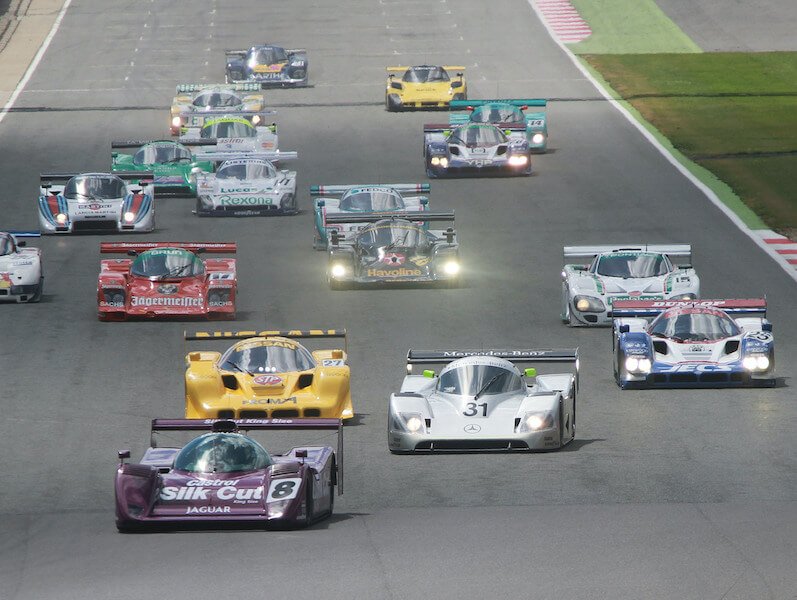 Crowd-pleasing retro races for cars of that incredible epoch have been on the bill at The Classic in the past but, sadly, the number of entries has dwindled in recent years giving this one-off celebration added magnitude.

“In most of our lifetimes, Group C was the zenith of sportscar racing and so we are thrilled to be celebrating its 40th anniversary with special on and off track displays at The Classic,” commented Nick Wigley, CEO of The Classic promoter Goose Live Events. “Silverstone was where the first-ever Group C race was held so, once again, it’s the perfect place to be marking such an important milestone in motorsport history.”

The special celebration at The Classic is being curated with the enthusiastic support of Group C arch enthusiast, collector and racer Henry Pearman who has pledged his full support.

“Having helped to put together the display to mark the 25th anniversary at The Classic in 2007, I am thrilled to take on the same role this year,” confirmed Pearman. “We’ll be bringing a selection of great cars for the demonstration runs, including  an iconic works Rothmans 962, spectacular John Fitzpatrick 956 plus the distinctive Richard Lloyd RLR 962, which has a strong connection with Silverstone as the much-loved British team was based at the circuit. With other Group C cars joining us, too, this should be a superb Ruby birthday celebration to remember.”

As well as hailing Silverstone’s weighty significance as the launchpad of Group C racing, The Classic will also be saluting the famous circuit’s momentous importance in the lift-off of Formula One.

Over the action-packed, end-of-summer Bank Holiday weekend, the fun-fuelled three-day extravaganza will feature not only four great races for historic Grand Prix cars but also awesome track demos of Formula 1 cars from the high-revving V8, V10 and V12 era of late eighties and nineties as well as two very special showcases. These stunning displays will give visitors a rare opportunity to get up close to a grid of the latest Grand Prix racers plus there’s a world exclusive with all seven of Lewis Hamilton’s title winning Formula 1 cars displayed together for the very first time.

Providing exceptionally good value, all tickets for The Classic include admission to all of these eye-catching displays plus access to both racing paddocks, open trackside grandstands, a mouth-watering Foodie Fest with celebrity chefs and a pop-up Diddly Squat Farm Shop, live music concerts with chart-toppers on all three evenings and a feast of family entertainment.

Supercars line up at Goodwood for children’s charity