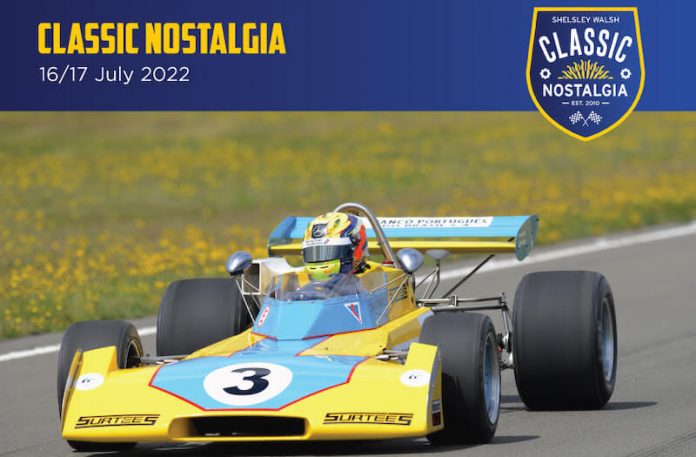 Two very different but equally exciting competition cars have been confirmed for the Shelsley Walsh Classic Nostalgia weekend, which is set to take place at the famous Worcestershire hillclimb on 16-17 July.

The prototype Surtees TS15 Formula 2 car will be demonstrated throughout the event by Ian Skinner, who was a mechanic for John Surtees for more than 35 years. The Surtees team had won the 1972 European Formula 2 Championship with a TS10 driven by Mike Hailwood – who, like John, successfully made the switch from two wheels to four – and introduced the new TS15 towards the end of that year. Chassis TS15/01 – the car that will be appearing at Classic Nostalgia – was shipped to South America for the Torneio series, and local ace Carlos Pace drove it to victory at Interlagos in only its second race. 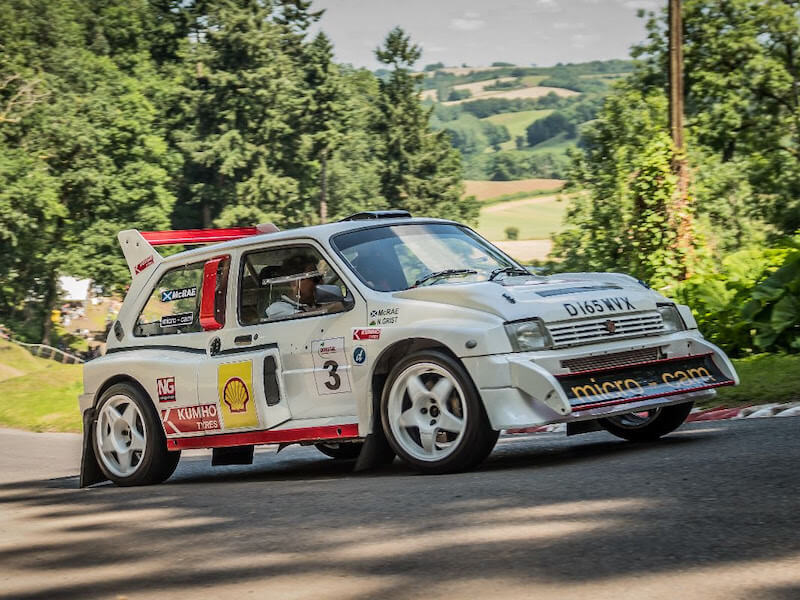 The Surtees will be joined at Shelsley Walsh by the Metro 6R4 that was driven in typically exuberant style by Colin McRae on the 2006 Donegal International Rally. With old friend and regular co-driver Nicky Grist alongside him, the late, great Scotsman thrilled spectators on the tarmac event and managed to put the 20-year-old Group B monster in amongst contemporary rally machinery. He eventually finished eighth overall after surviving an eye-opening high-speed spin down an escape road that was caught by his onboard camera.

Ian Barkaway was instrumental in recommissioning the 6R4 and restoring it to its former glory, and will be giving competition prize winners a blast up the hill in the V6-engined pocket-rocket. Raffle tickets cost just £2 each and are available to purchase from the Midlands Air Ambulance stand. The raffle will be drawn each day at 3pm, and all proceeds will be donated to the Midlands Air Ambulance. 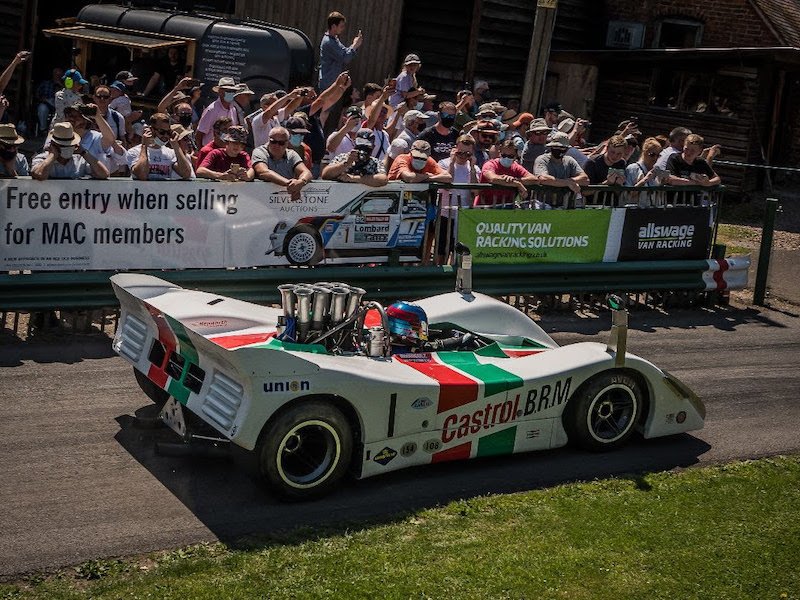 Gregor Marshall – son of the late tin-top legend Gerry – will have a busy weekend in several notable cars from his father’s long career. Gregor will take to the hill in the Austin Cooper S that won its class in the 1965 Snetterton 500km – and which has recently been restored to its original 1964 Aurora Gear Racing colours – as well as a Group 1 Vauxhall Magnum that finished second in the 1977 Spa 24 Hours driven by Gerry and Australian hero Peter Brock. Their stellar effort in the sort of changeable conditions that are typical of the Ardennes region helped Dealer Team Vauxhall to win the Coupe du Roi teams prize, and from 1978 the car was raced by the likes of Win Percy and the late Barrie ‘Whizzo’ Williams.

Gregor is also set to tackle the narrow course in the fearsome Magnum Super Saloon known as the John Pope Special, which is fitted with a twin-turbocharged Aston Martin V8 engine! 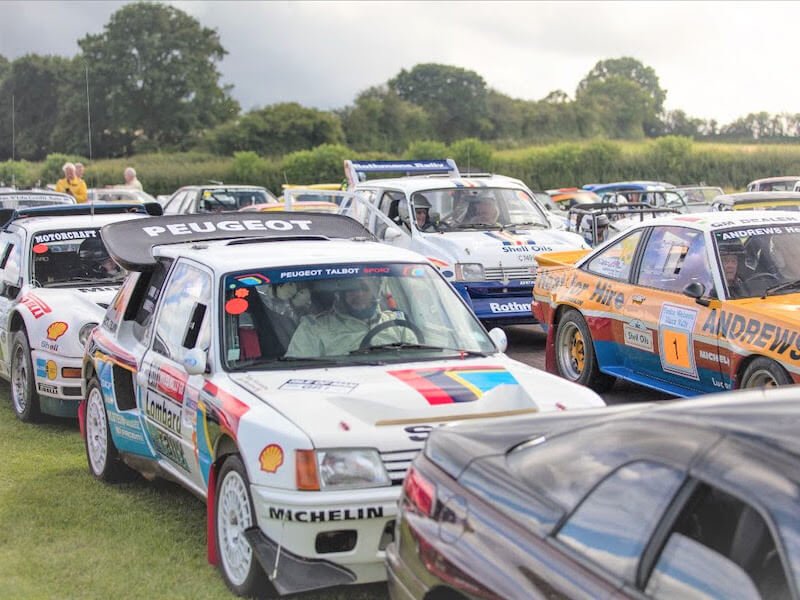 Elsewhere during the event, there will be the usual blend of spectacular action on the hillclimb, demonstration runs, classic-car displays, quality trade stands and non-stop live entertainment.

Classic Nostalgia will be one of three flagship events at which BRM will celebrate the 60th anniversary of its 1962 Formula One World Championship success – the first time that a British driver had won the World Championship in an all-British car. With team founder Raymond Mays having enjoyed so much success at Shelsley Walsh, it’s only fitting that more than 20 historic cars will be there – as well as the first of the continuation P15s, which will be demonstrated throughout the weekend. The sound of its 1.5-litre V16 engine reverberating around the Teme Valley is sure to be a highlight. 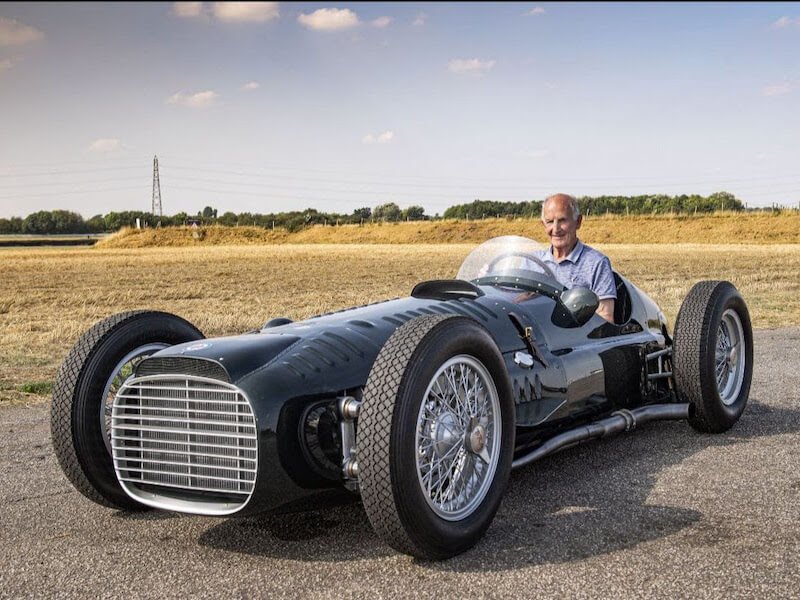 Special guests will include members of the Owen family, former BRM drivers Richard Attwood and Mike Wilds, plus team members Dick Salmon – who worked with the likes of Juan Manuel Fangio, Mike Hawthorn and Graham Hill during his long BRM career – John Sismey and Ben Casey.

Ralli22 will be returning to Shelsley Walsh with a selection of notable Group A, Group B and WRC machinery that will give a nod to the Platinum Jubilee theme, and they will be joined by several examples of the iconic Mini. A Mini van affectionately known as ‘Miss March’ – the first commercial vehicle to race competitively since the 1960s – will be there, while triple Motoring News, BTRDA and Welsh Championship-winning rally driver Mick Briant will be reunited with his 1969 Ford Escort Twin Cam. 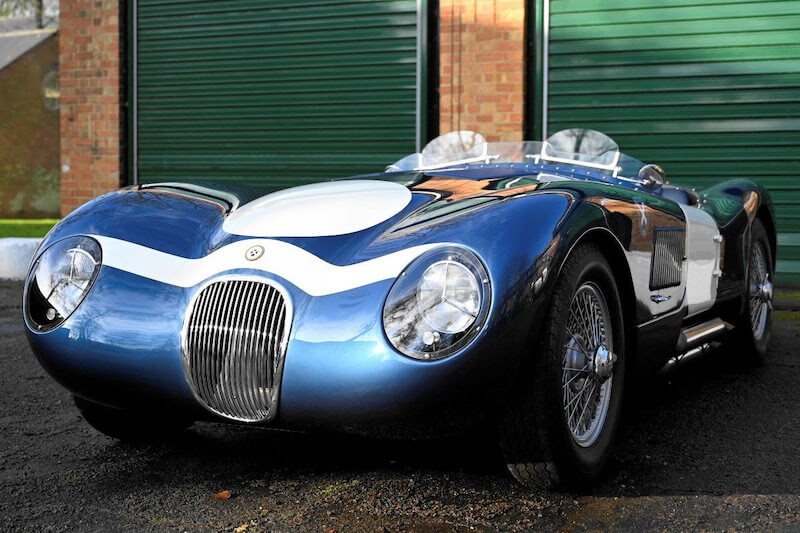 The all-new Ecurie Ecosse LM-C will make its Classic Nostalgia debut, where chassis number EE001 can be seen for the first time in action with Mike Wilds behind the wheel. Visitors will also be able to see two cars owned by record-breaking legend Donald Campbell. His 1958 Jaguar XK 150 – which was pictured in Aix-les-Bains alongside his Bluebird K7 hydroplane during a promotional tour – is set to be joined by a 1934 Derby Bentley that he owned during the early 1950s. The post-vintage thoroughbred is believed to be the only surviving Thrupp & Maberly coupé.

It’s always a thrill to hear the sound of great racing cars ringing through the trees as they make their way up Shelsley Walsh, and among the aural treats at this year’s Classic Nostalgia meeting will be an ex-Elio de Angelis 1979 Shadow DN9B Formula One car. Stephen Hepworth, meanwhile, will take the wheel of the four-wheel-drive Hepworth FF, more than half a century after his father David became the first driver to break the 30-second barrier at Shelsley Walsh. 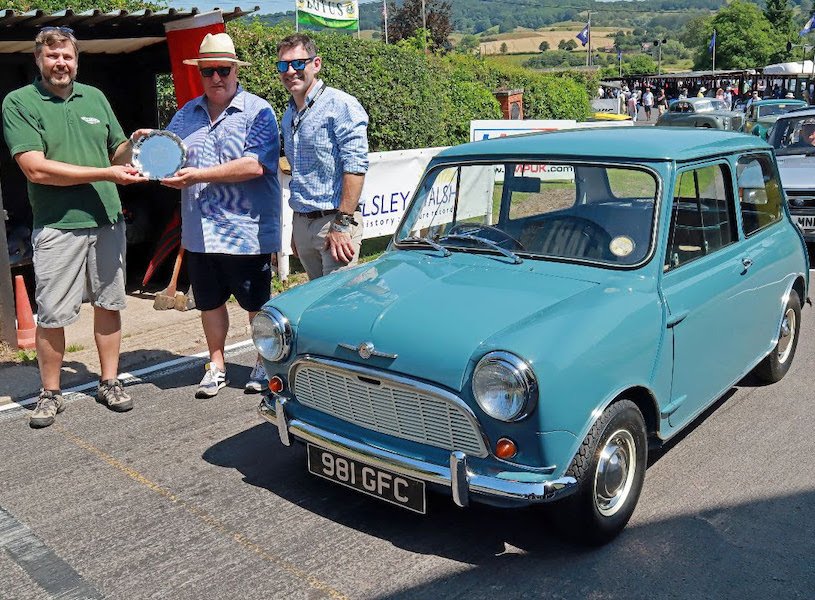 On Sunday, the popular Classic & Sports Car Concours d’Elegance will return to Classic Nostalgia. It is open to all cars built before 1985, and the judging will be headed up by motoring journalist and regular Shelsley Walsh competitor Simon Taylor. He will be joined by John Mayhead, classic car valuations expert from event partner Hagerty, plus Alastair Clements, editor of Classic & Sports Car magazine.

Entries are welcome from any concours-worthy car, with priority given to those with significant provenance and rarity. There will be four classes to be judged: Pre-World War 2, 1949-1959, 1960-1985 Saloons, and 1960-1985 Sports/GT, plus a Spirit of the Day award for an entry that may not be in top concours condition but is outstanding in its own special way.

First, second and third in each class will get to parade up the hill. The overall winner receives a silver salver on the start line, a Classic & Sports Car magazine subscription, and is invited to display their car on the Midland Automobile Club’s stand at the Lancaster Insurance Classic Motor Show, NEC Birmingham in November.