Mike and Elvis are back for series two. 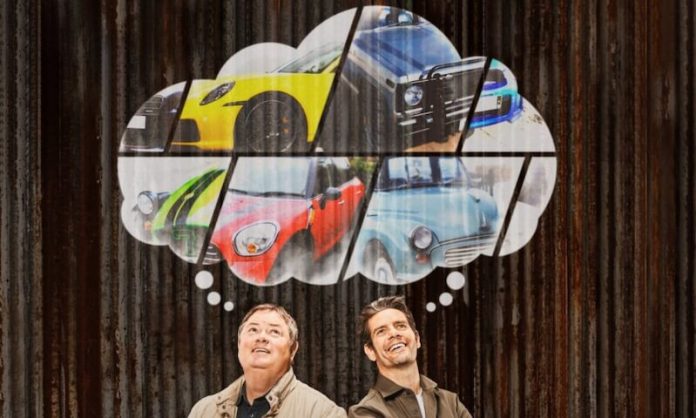 Car dealer extraordinaire Mike Brewer and ace mechanic Marc “Elvis” Priestley are back for another series of Wheeler Dealers: Dream Car on Discovery.

Wheeler Dealers: Dream Car is back on our screens every Monday on Discovery at 9pm from Monday 21st March. We caught up with Mike and Elvis recently with a few questions about the new series:

Each episode sees the pair of petrolheads attempt to trade their way to a dream car for a deserving contributor. Across the series they’ll try to buy everything from a Porsche Cayman to a classic VW Golf; a VW Camper to a Subaru Impreza. Among the folk they aim to help are an NHS worker, trainee teacher, policeman and charitable fundraiser.

Each has a dream car they’d love to own but can’t afford. They’ll hand Mike any spare savings and their current motor for him to sell. Mike then spends the cash on another motor for Elvis to do up. Once that’s sold at a profit, Mike re-invests the proceeds on more flips for Elvis to work on. They’ll handle everything from cars to caravans, jet-skis to glamping pods – in the hope of eventually raising enough cash to get the contributor’s dream car.

It’s no easy task as they rarely have much to start with and the dream cars come with hefty price tags. But the boys are determined to do whatever it takes to turn these dreams into reality. 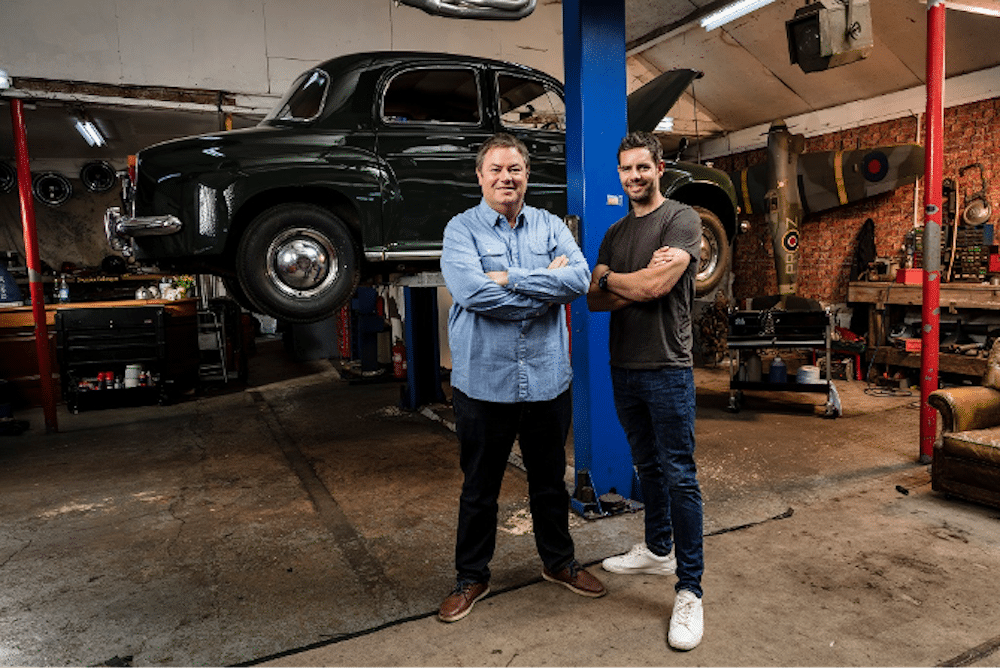 The series opener sees Mike and Elvis help new Dad Aaron who’d love to own an Audi Q7: his son has never met Aaron’s in-laws as they live in Hungary and the family would never dare make the trip in their battered Skoda Fabia. Can Mike and Elvis trade their way to Aaron’s dream Q7 which will cost well into five figures?

Next up for the boys’ help is Marc, who works for the NHS and suffers from a degenerative condition that means he could struggle to walk later in life. So he’d love to own a Caterham before his condition deteriorates. But the boys have their work cut-out, trading up from his battered Honda Civic to a £12,000 sports car.

Episode three sees the pair try to get a VW Camper for Scott: he’d dreamt of trading up to one, but those hopes were dashed when he was out of work for more than a year. Elvis reckons the only way to do it is refurb a Camper but Mike fears it could be too big a project, even for Elvis.

Other cars the boys are tasked with buying are a Z4 for carpenter Simon who had to sell his previous one after suffering a bad accident; a super rare Nissan Patrol for surfer Kerry and a Subaru Impreza for frontline police officer Jordan.

If you were interested in this story, how about these

Mike Brewer to join Hagerty for Drive it Day Run

Beaulieu is inviting owners of Seventies classics to join a party to celebrate the 50th anniversary of the National Motor Museum. If your pride and joy is...
- Advertisement -