Staged in glorious sunshine, predominantly on the leafy lanes of rural Surrey, the inaugural Summer Run (Thursday 21 July) has been hailed as a major success by the Royal Automobile Club, organisers of the world famous RM Sotheby’s London to Brighton Veteran Car Run.

Honouring the hallowed Emancipation Run of 1896, which saw more than 30 intrepid early motorists driving from central London to the Sussex coastal resort to celebrate cars being given the freedom of the roads, the world famous Veteran Car Run is always staged on the first Sunday in November – and often in challenging climatic conditions.

The new Summer Run has been created to allow custodians of these extraordinary pre-1905 vehicles not only the opportunity to drive their wonderful ‘horseless carriages’ in rather warmer weather but also to savour the camaraderie of likeminded fellow enthusiasts in relaxed surroundings.

Meeting both those objectives, the single-day showcase was based at the Club’s idyllic Woodcote Park clubhouse situated near Epsom to the south west of London.

The inaugural Summer Run was geared for an intimate and enthusiastic gathering of Veteran Cars – all dating back to the start of the last century – gathered on the clubhouse’s Cedar Lawn in readiness to embark, at one minute intervals, on a bespoke 40-mile route.

Among the pioneering machines glistening in the morning sunshine were revered names from the dawn of motoring such as Daimler, De Dion Bouton and Napier as well as less familiar, long-gone marques such as Argyll, Dennis and Swift.

Flagged away from 10.30am, the cavalcade passed through the rolling North Downs and picture-postcard villages of the Mole Valley towards a leisurely lunch stop in the tranquil Surrey countryside, before returning to Woodcote Park for afternoon tea and a casual concours and awards on the Cedar Lawn.

“What a marvellous occasion… and hopefully the first of many,” enthused Ben Cussons, Chairman of the Royal Automobile Club, who took part driving the Club’s 1901 Mors.

“The Royal Automobile Club has always been at the forefront of innovation and continues to be so with the launch of this inaugural Summer Run for veteran cars. We were blessed with beautiful weather and enjoyed a fabulous route through the gloriously sunny countryside on largely traffic-free roads. All the participants were impressed with the professionalism of the organisation as well as the relaxed friendly style of the event.

“While driving these remarkable veteran cars in November always reminds us just how intrepid and spirited those early motorists were, I’ve got to say it was a real pleasure to be swapping our scarves and goggles for shirt sleeves and sunglasses on the Summer Run, which certainly lived up to its billing. Moreover, the longer daytime hours – plus the serenity of Woodcote Park – encouraged all those taking part to enjoy the convivial company of others sharing similar passions.” 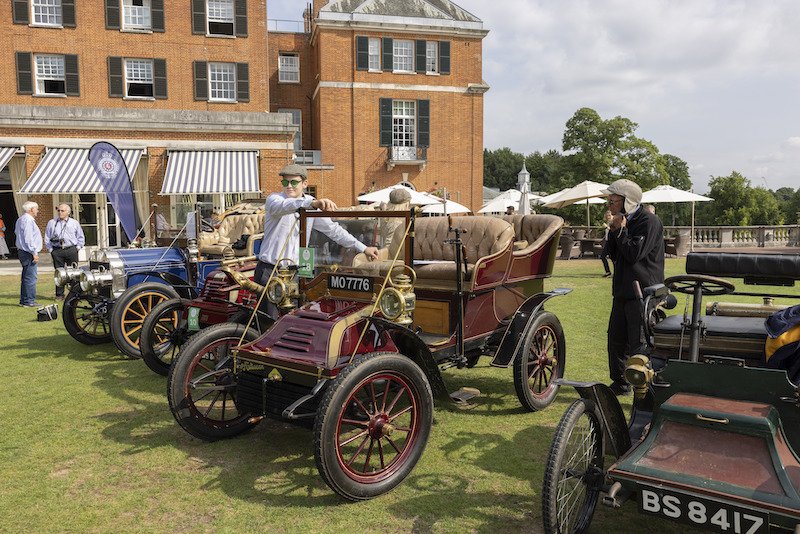 Now the sun has set on the first Summer Run, the focus switches back to this year’s RM Sotheby’s London to Brighton Veteran Car Run which takes place on Sunday 6 November. Close to 300 entries have already been confirmed as well as a special celebration to honour the 120th anniversary of Cadillac which was founded in Detroit back in 1902.

Full details of the 2022 RM Sotheby’s London to Brighton Veteran Car Run – including entry forms – are available on the event website.