SMMT says demand for used cars dropped by 48.9% in the second quarter of 2020 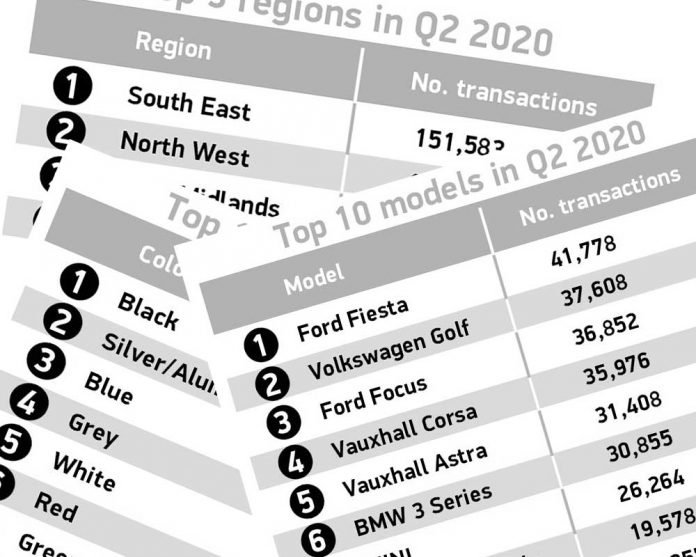 The latest figures released by the Society of Motor Manufacturers and Traders (SMMT) reveal that the demand for used cars dropped by 48.9% in the second quarter of this year.  That equates to just over one million transactions. Overall sales for the year-to-date show a 28.7% decline with 2.8 million purchases, with 85% of the losses so far in 2020 recorded in Quarter 2.

There is some cause for optimism, though, with the latest figures showing that the pace of the decline has eased as dealers began opening their doors following the lockdown and private buyers were encouraged to start spending on used cars again. However, the SMMT say it is unclear how long it will take to see a more sustained recovery in the used car market.

As for the cars themselves, superminis were the most popular used buy with 316,570 finding new homes. That’s a fall of 52.4% over the same period last year although it represents 30.5% of the overall market in the second quarter of 2020. Luxury saloons suffered a 30.4% drop in sales. Sales of used battery electric vehicles had shown a remarkable 44.8% rise in the first quarter of this year, but they also fell in Q2. Down by 29.7% to 2288 units, their overall market share held steady at 0.2%. Plug-in Hybrid Electric Vehicles (PHEVs) fell more steeply, with sales down by 56.3%. And it was a similar story for used petrol and diesel cars – sales were down by 49.2% and 48.5% respectively, although they still accounted for 98.3% of overall sales which amounts to 1,021,963 units.

Mike Hawes, SMMT Chief Executive, said, “As devastating as these figures are, with full lockdown measures in place for the whole of April and May, they are not surprising. As the UK starts to get back on the move again and dealerships continue to re-open, we expect to see more activity return to the market, particularly as many people see cars as a safe and reliable way to travel during the pandemic. However, if we’re to re-energise sales and the fleet renewal needed to drive environmental gains, support will be needed for the broader economy in order to bolster business and consumer confidence.”

The SMMT figures also tell us that the Ford Fiesta topped the list of used buys with 41,778 transactions, closely followed by the Volkswagen Golf (37,608) and the Ford Focus (36,852).  The Mercedes-Benz C-Class propped up the Top 10 with 17,763 transactions. And it was buyers in the South East who were the busiest, recording 151,583 transactions.

On a lighter note amongst the sales gloom, the SMMT also say that black remained the most popular choice of colour, followed by the ubiquitous silver. Even beige made it onto the list, with yellow rounding off the top ten.