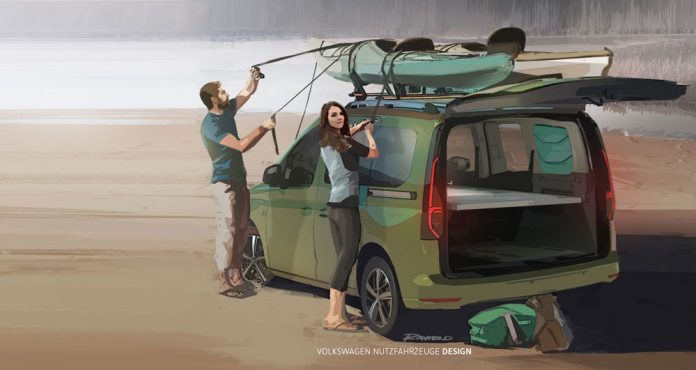 Thanks to the arrival of the iconic Transporter some 70 years ago the concept of going camping in a Volkswagen is, well, nothing unusual really. But if you can’t quite stretch to the £50k or so needed for one of the full-size California models then the recently announced Mini-camper might just be for you.

Based on the latest fifth-generation Caddy, and replacing the previous Caddy Beach, the new mobile home promises plenty of comfort in a rather more compact and affordable package. Prices have yet to be revealed, but we do know that a choice of Euro 6-compliant four-cylinder engines will be offered, including a turbocharged TSI petrol unit offering 114bhp. However, those unable to pack light might be better off with one of the torquier TDI diesel engines that are likely to produce outputs from 73bhp to 120bhp. VW say that the new twin-dosing system with two catalytic converters and double AdBlue injection significantly reduces emissions.

Also likely to prove welcome are the numerous driver-assistance systems, nineteen of them in fact. There’s the full gamut of safety tech including Side Assist and Rear Traffic Alert, while Trailer Assist helps out with the tricky matter of reversing. But it’s the interior that will be of most interest to prospective buyers, and it seems they’ll be plenty comfortable too. The bed is almost two metres in length and borrows the disc springs from the bigger California and Grand California models, while the panoramic glass roof is a new addition. Measuring 1.4 square metres, it can be darkened along with the side windows to avoid any unpleasant bright-sunshine awakenings but also gives campers a night under the stars.

There’s plenty more to make the trip that little bit more comfortable, too. The lightweight camping chairs and table are borrowed from the California siblings, while two removable storage bags can also be fastened to the rear windows to act as privacy screens.

The world premiere of the new compact camper is set to take place virtually at the beginning of September.