After last week’s Japanese classic, Wheeler Dealers’ Mike Brewer was on the hunt for something a bit more modern, and he certainly came up trumps with the 2001 Audi S4 Avant.

Combining a turbocharged 2.7-litre V6 with quattro all-wheel drive, this was a modern classic that blended supercar pace with estate car practicality. 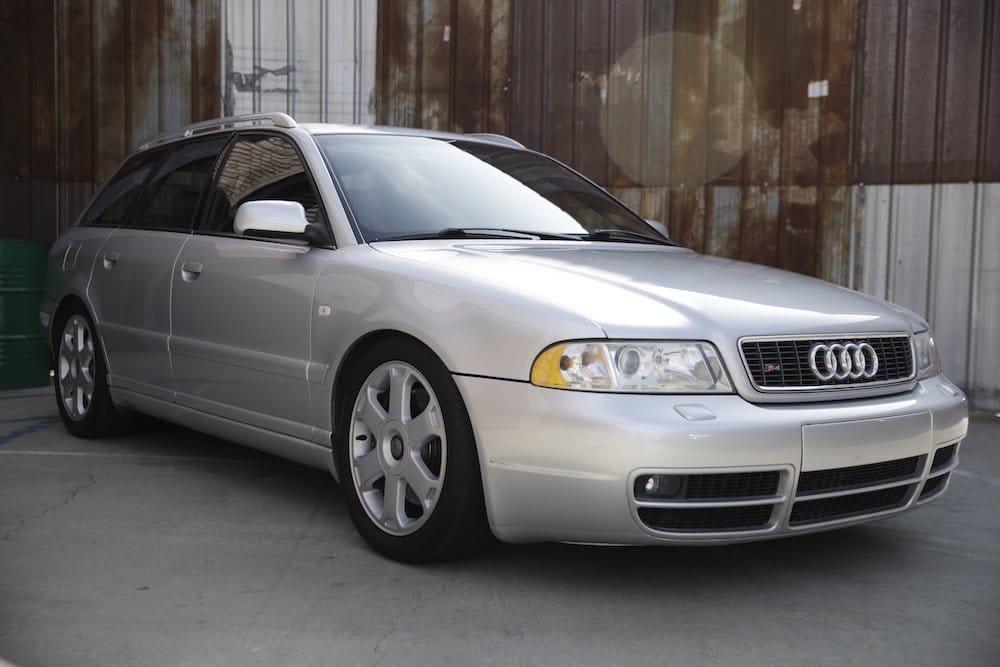 Having covered 95,000 miles and with an asking price of $8000, Mike loved the performance on the test drive but closer examination revealed a few issues. A worrying oil leak was top of the list, although a failed dashboard display and broken cup holder also needed attention. Fortunately, some classic Wheeler Dealers haggling bagged the hot Audi for just $7000 – around £5000.

Back at the workshop it was clear that mechanic Ant Anstead had his work cut out, starting with a huge strip-down of the car’s front end. With the bumper and lights removed, the radiator, fan and intercooler pipework were next before he could find the source of that oil leak, and thankfully it wasn’t the crankshaft’s rear main seal as the owner had thought. Removing plenty of components revealed cam cover gaskets past their best, so those were replaced along with the gaskets located around the spark plug housings. 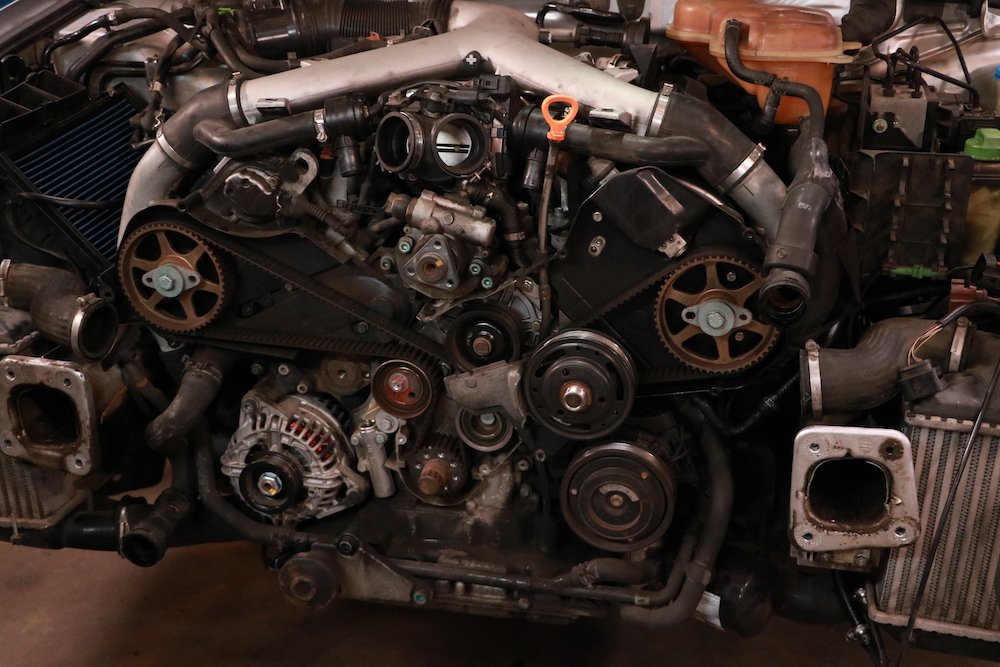 But that was far from the end of the engine work. It was the perfect opportunity to replace a whole host of parts, including the auxiliary drive belt and the timing belt, along with the latter’s all-important tensioner. Not one to do things by halves, Ant also renewed the water pump and thermostat as well as the crankshaft front oil seal and the camshaft oil seals.

As Mike points out: “This was a proper demonstration of just how much work goes into each episode, not to mention a great insight into the complex engineering of cars like these.”

Re-assembling the front of the Audi was still to come as Mike was keen to tackle the broken LCD screen within the instrument cluster, a job that regular viewers might recognise from the Audi TT that appeared in Series 11. 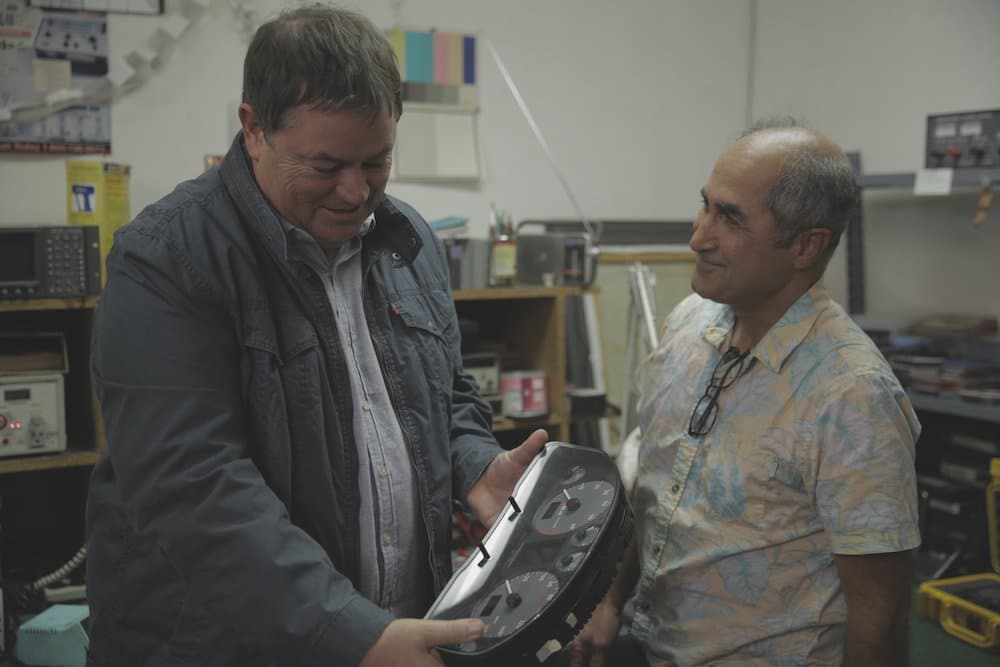 But instead of heading to a specialist, Mike chose instead to get it fixed by a TV and video repair shop. That might have been a surprise to viewers but Mike has used this trick before, and with replacement of the screen costing just $49, it had been a clever move.

Now Ant could get on with a few smaller jobs, beginning with the interior. That broken cup holder needed attention – something that Mike admits was a small detail, but one that was bugging him all the same. “What other show would spend time showing people how to fix that?” he adds.

After removing it from the dashboard Ant discovered that refitting a spring was all that was required. And removing a stuck coin had the ashtray working properly again, too, although doing that job had involved the removal of the stereo, climate control panel and gear lever surround. They had been satisfyingly easy fixes, though. 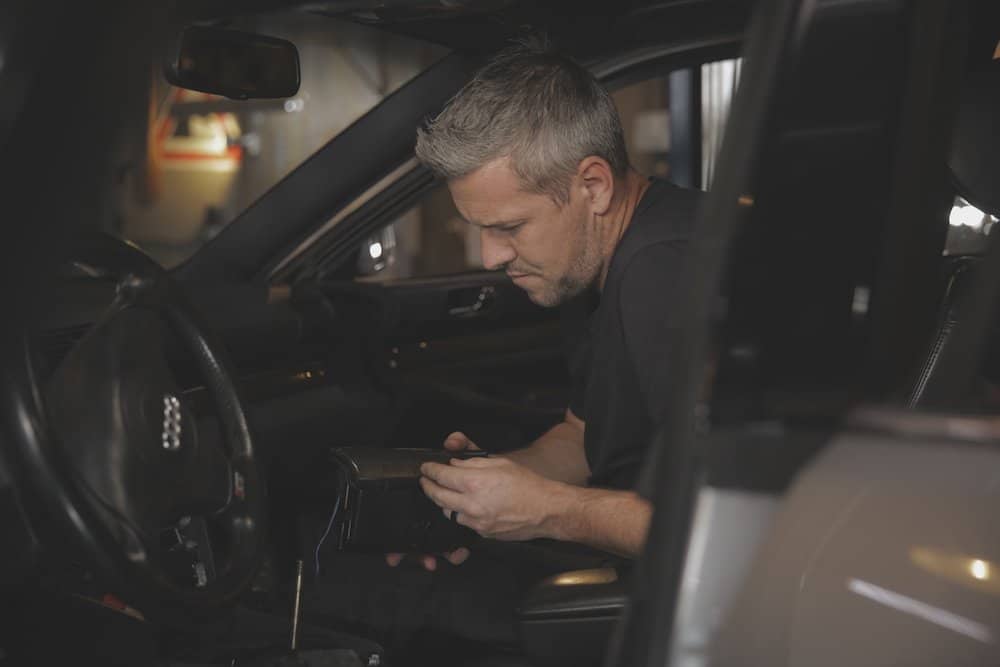 There was just one more job to tackle, and that involved the bodywork. Ant had spotted a dent near the fuel filler flap, but once he’d gained access to the rear of the panel – removing the jack and light cluster was easy – some careful work with dent-removal tools soon had the body back to its best.

So what had all this work cost? Less than $700, which meant the S4 owed the boys a total of $7685 (£5900). All that remained was for Mike to enjoy the performance and handling on some great roads, so much so he and Ant got lost as they were so caught up in the drive. Mike sold the car, sporting his new beard, for $12250 (£9400), sending this brilliant modern classic off to its new owner