The Wheeler Dealers finish their American adventure with the restoration of a British icon, a 1976 Land Rover Series 3.

Mike gives us his inside view of the last of the American workshop restorations for Wheeler Dealers.

Making a truly global car show does have it challenges. It is hard to satisfy everyone from around the world and many will jump to social media to tell me that. I hear that the cars are too American from the Brits, Americans ask where’s the Muscle cars, etc. I tread a fine line to choose cars that will have an appeal whether you are watching from Alaska or Australia. Certain cars have global appeal, and when the shows go out… silence… That’s when I know we got it right. One car that’s always done that for us is a Land Rover. 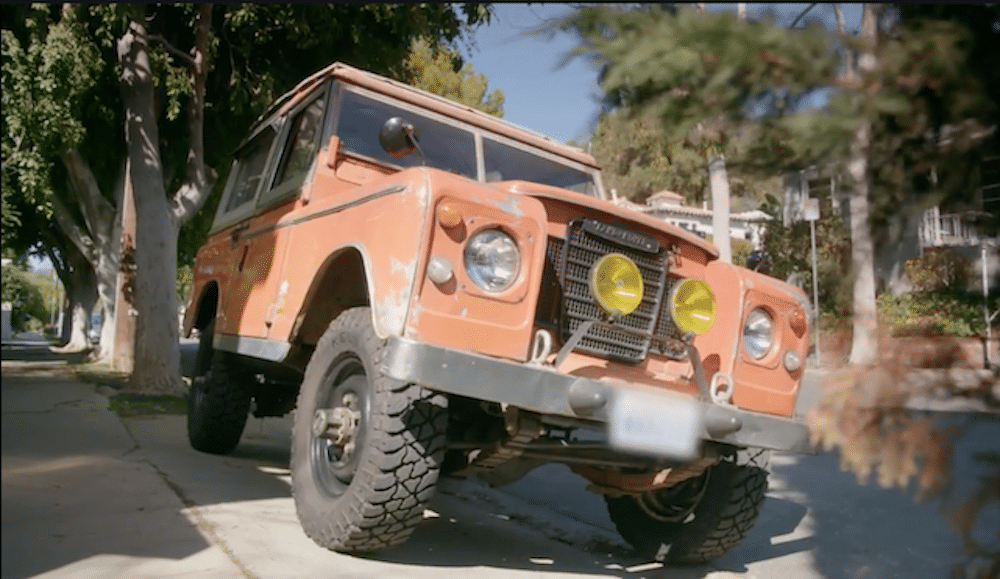 Over the past 18 years, we’ve had plenty of Land Rover’s on Wheeler Dealers and whenever one pops up I get excited. I know the audience will love it.

So when an incredibly rare 1976 Series 3 comes across my desk that’s in hibernation in downtown Los Angeles, I jumped at the chance.

A mid 70’s Landy in California is the white rhino of cars, on the verge of extinction. The reason being that the requirements for smog and safety put this car on the endangered list. If this one is registered, then it might be the only one in the whole state of California! That makes it the rare beast worth saving. Plus the fact that there are thousands of Brits living in California who’d love a slice of home in their garage.

Drew’s 76 was a gem. Bashed, abused, smoky, leaky and everything a Land Rover should be. 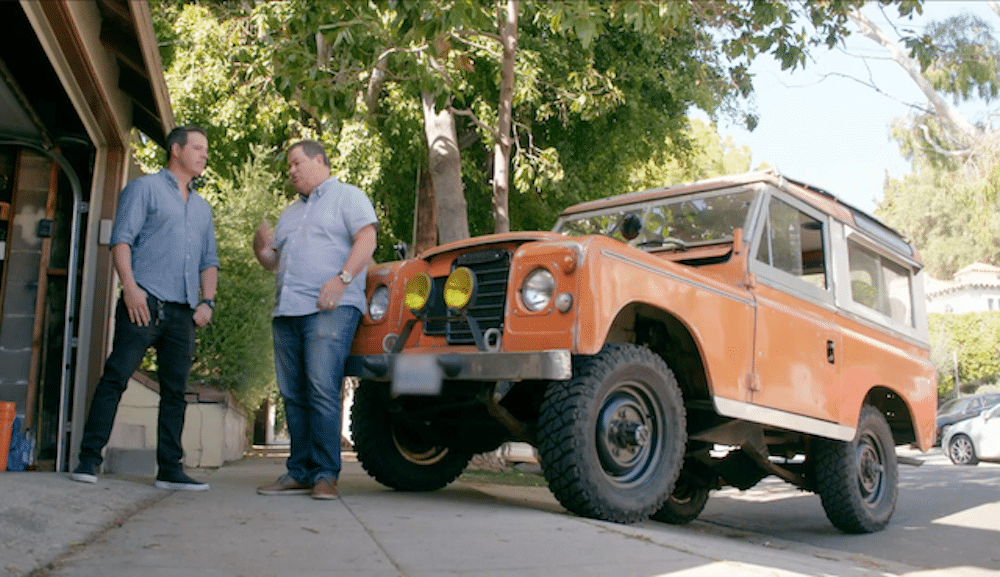 Under the bonnet was a 4 Cylinder diesel, another rarity in LA that was dropping oil and smoking like a deforestation machine! None of that worried me, when Ant is in the workshop, and just happens to hold world records for building Land Rovers. I felt confident this was the one for me for just under £10,000.

When I got it in the workshop, Ant set about tackling the leaks. The transfer case had the worst of the leaks and once apart, he could see that it needed rebuilding. Somebody had bodged the seal inside with bathroom sealant, so that was done properly. Ant then rebuilt the handbrake as the old one was soaked in that leaky oil. Couple more simple leaks to tackle from the sump-plug and the oil filter and this Landie wouldn’t be dropping goo on a driveway again. 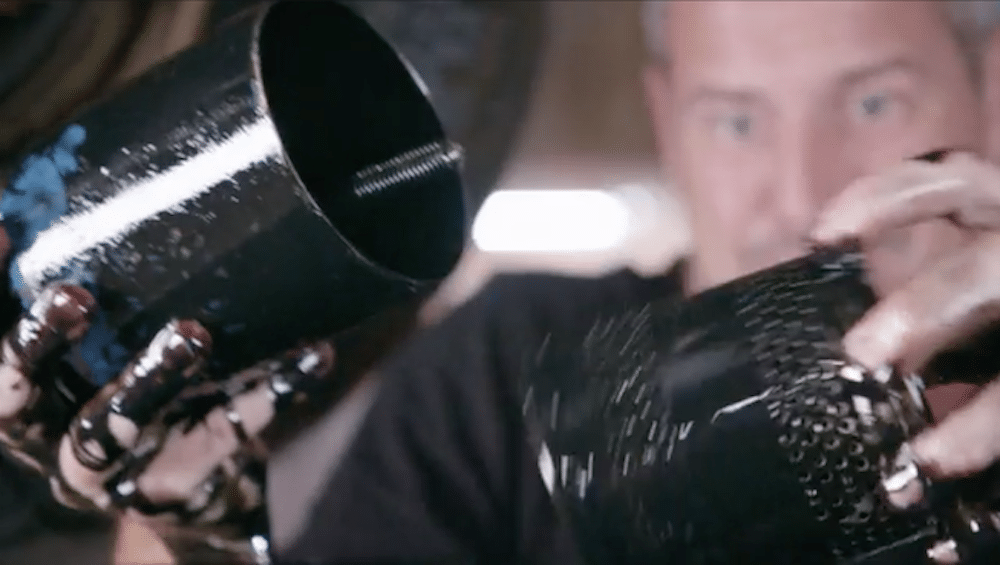 Ant set about that smoking issue by changing out the glow plugs. After doing a compression test on the block, it turns out the smoke was down to fuel pump timing. Ant explained that if the fuel was burned at the correct time, the unspent fuel would turn to smoke and come out the pipe.

I found new leaf springs quite easily and took the front fog lights off to adorn my new hand built roof rack which I’d found from a chap called Derek who has a business building bespoke roof-racks for Land Rovers. He has built several jigs over the years to accommodate different sizes and styles. After choosing my option, Derek welded up the Rack and I set about finding a very decent and original power take off winch. It was £700 but from the 1950s. It was old and beaten and would complement our Landie perfectly. 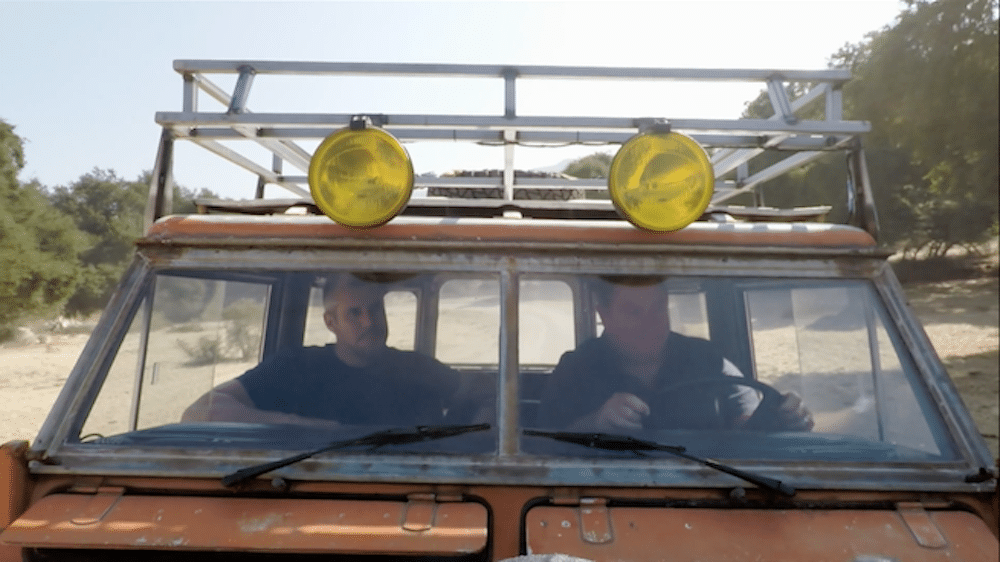 Ant installed my winch, a great piece of engineering that relies on the power of the engine to work the winch. Once installe,d this addition coupled with the roof rack and fog lights would add the kerbside appeal that all adventurous Land Rover enthusiasts love.

At around this time, my friend Walter who had also bought our Jeep Grand Wagoneer popped down to nose around at what else he could buy. He immediately fell in love with the original Patina of the 76 Landie and, as an owner of a vineyard in Sanoma where it would sit beautifully, threw us a challenge. He said that the vineyard was in a mountainous area and if our plucky Brit could get to the top of a mountain to meet him, he’d buy it. 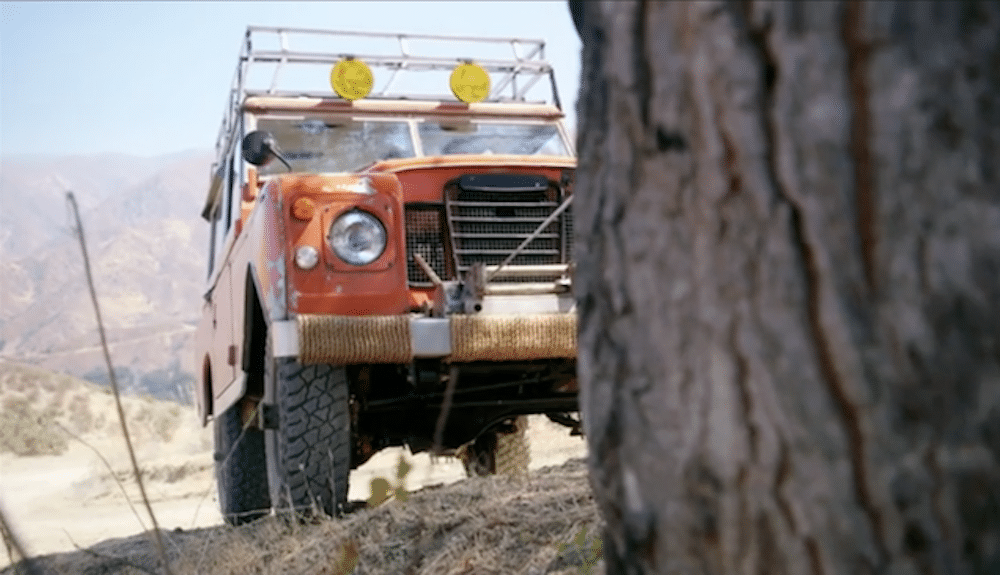 Truth is the Landie skipped up the landscape like a billy goat. It didn’t matter what scenery we threw at the car, it walked through it without breaking a sweat. Still it didn’t stop me having fun by getting Ant to show me how that winch I bought worked.

Walter was at the top of the mountain waiting and with £18,000 guaranteed, the Landie will live on in California flying the British Flag for decades to come. 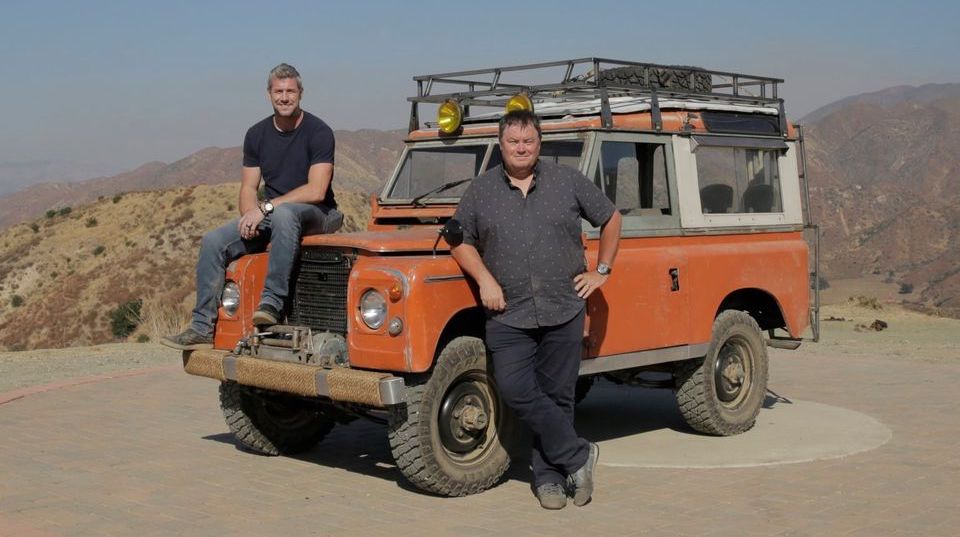