Will Ant fix the car he hates most in the world?

Wheeler Dealers’ Mike Brewer brought a Triumph TR7 into the workshop. Biggest problem is its the car Ant Anstead hates most in the world!

This week there was conflict in the Wheeler Dealers garage when Mike put the fans’ requests first and delivered Ant a Triumph TR7, the car that he has vowed never to buy or drive… ever! Mike shares his side of the story!

Every time I’ve stood on stage at a live event like the Classic Motor Show at the NEC or Silverstone Classic, there’s always been a familiar shout from the audience: “When are you going to do a Triumph TR7?”

I’ll be honest, I’ve always avoided that question; Edd wasn’t a fan and Ant has a hate for them that’s unhealthy. But as a fan myself, that question started to burn until it lit a fire and the only way to put out the flames was to ignore the man with the spanners and follow my heart.

Now as much as I’d loved to have found a rusty wreck here in the UK, I skipped past the rusty bit and found the unicorn of a completely rust-free example nestling on holiday in sunny, dry California. 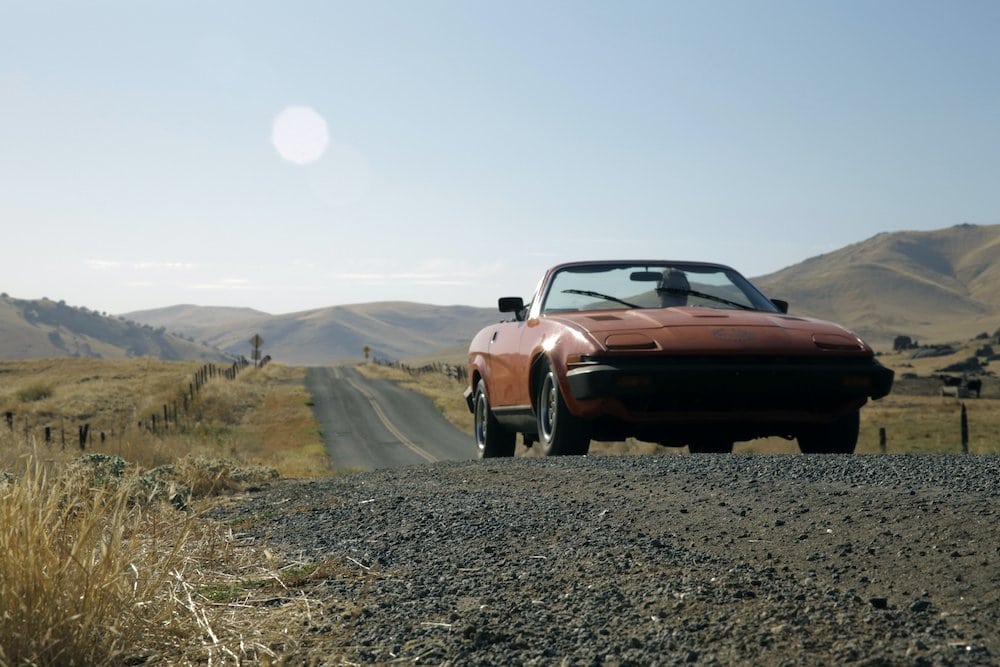 It’s a little known fact that the Triumph TR7 sold in good numbers across the USA. In fact, demand was so high it delayed production. Around 115,000 cars were made in total and a good few became proud British exports. Problem was, build quality was low and there wasn’t exactly a Triumph dealer on every corner to moan at in the US. Many cars either died and got scrapped or a lucky few found their way into the hands of a fan who would do anything to keep the plucky Brit on the road. This is the car I found! Although the owner was a tad embarrassed about his ownership, so much so he didn’t want to appear on camera!

The USA got the more poverty spec 2 litre engine than the motherland, whilst we gritted out teeth at 105HP our cousins across the pond laughed at the measly 92HP that they got.

So how do you take an average car and make it, less average? Well in the case of our camera-shy owner, who couldn’t find anyone to rebuild the carbs, he decided to ditch them and make a Heath Robison conversion out of a piece of bent pipe, a VW Beetle carb and a hand made fabricated air filter housing that, well let’s just leave it at that. This TR7 now had just half of the 92 Shire horses it did have and instead just one tired Dülmen pony!

Driving it was laughable. No matter how far I mashed the throttle, it had no power. It would drive, but it was pathetic. The gearbox was a lottery, suspension was shot, electrics where a mess and I couldn’t be any happier! Ant was going to hate this car and I knew it, and for just £1500, it was the car for me. 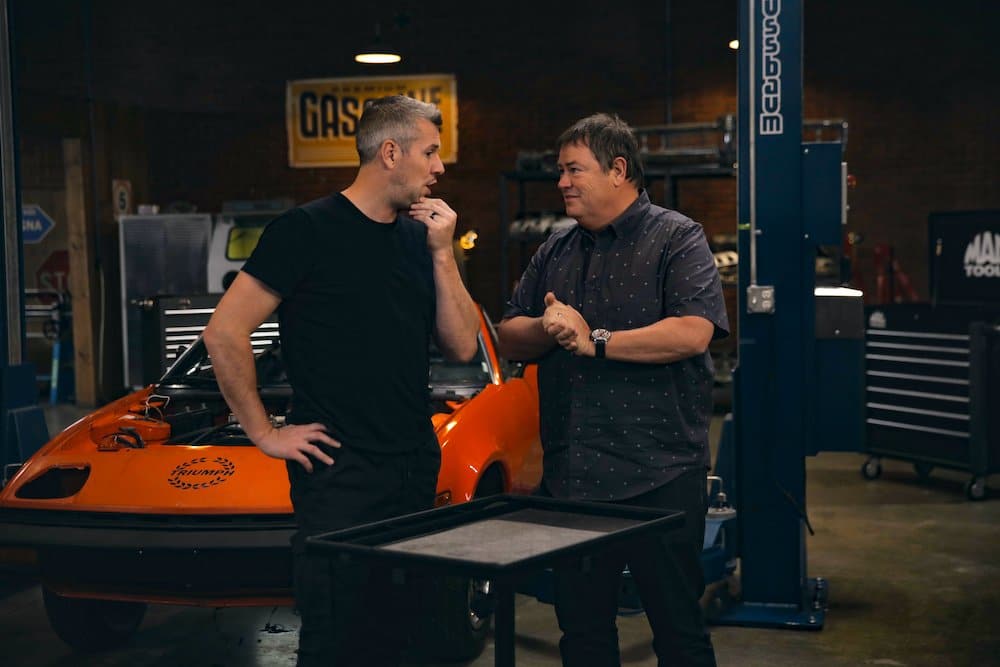 On the handover, Ant nearly refused to film. It was glorious! He’s said he’d never work on one, and here it was, the worst I could find. The only highlight was the fact that most of his hate was directed to the inevitable rust, but this one didn’t have any! So, roll up those sleeves and get stuck into the oily bits. Secretly, I think he loved it…

First up those carbs. Fortunately, the original ones were in the boot of the car with tons of other parts. I found a rebuild kit for about £75, a little magic from Ant and they are done.

My American friends have always given me a hard time over British electrics, and I could see why with this one. The front loom was a mess so Ant stripped it out. He also had to strip the centre loom from behind the dash. He moaned a little about this, as it looked like this had also been bodged in the past. When I came back to the UK, I popped back to Nottingham to visit Auto Sparks who still make new/old TR7’s wiring looms. Great trip. 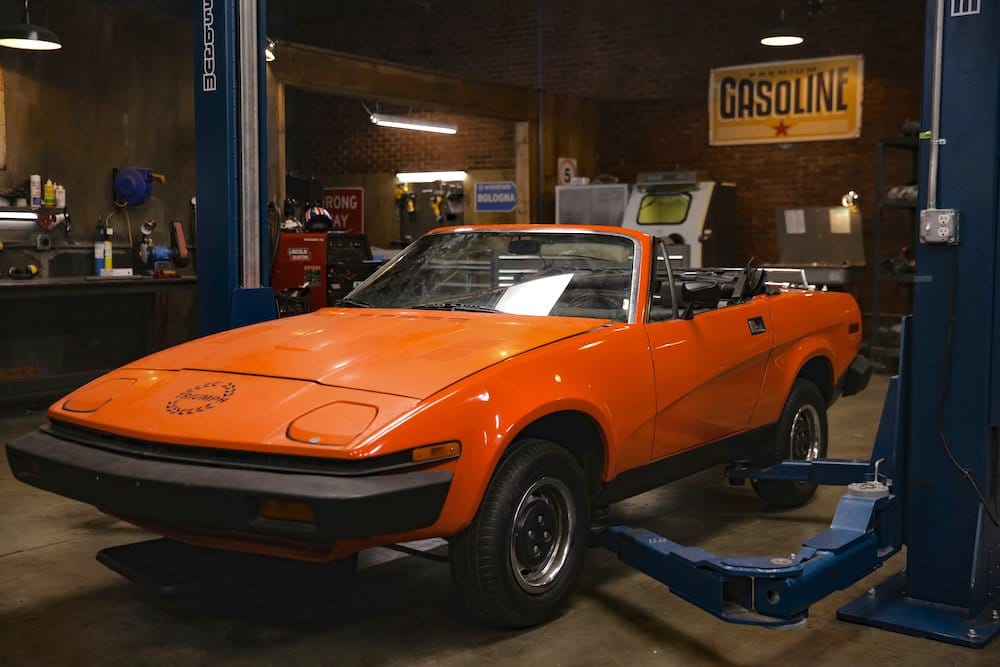 Ant discovered a bent shock on the rear, so a cheap pair soon had the booty handling again. Then Ant fitted the new loom I sweated over in the UK and other than a few expletives coming from the Ant direction, it went in fine.

I knew Ant wouldn’t be seen dead in the car and he made every excuse not to film the final test drive. I believe he once said on stage that he vowed never to be seen in one. So after a bit of fun chasing him about the state of California, I had to resign myself to the fact I was just going to have to enjoy it on my own.

Ant’s work was exceptional and really paid off. The car drove and handled brilliantly. Harris Mann would have been proud that his designed was still flying the flag 41 years later.

The car sold for £5000 to a guy, who like the previous owner didn’t want to be on camera! Oh why do they listen to Ant. The car is great, drives fantastic and sets the owner apart from the crowd. This is one I’m proud off. 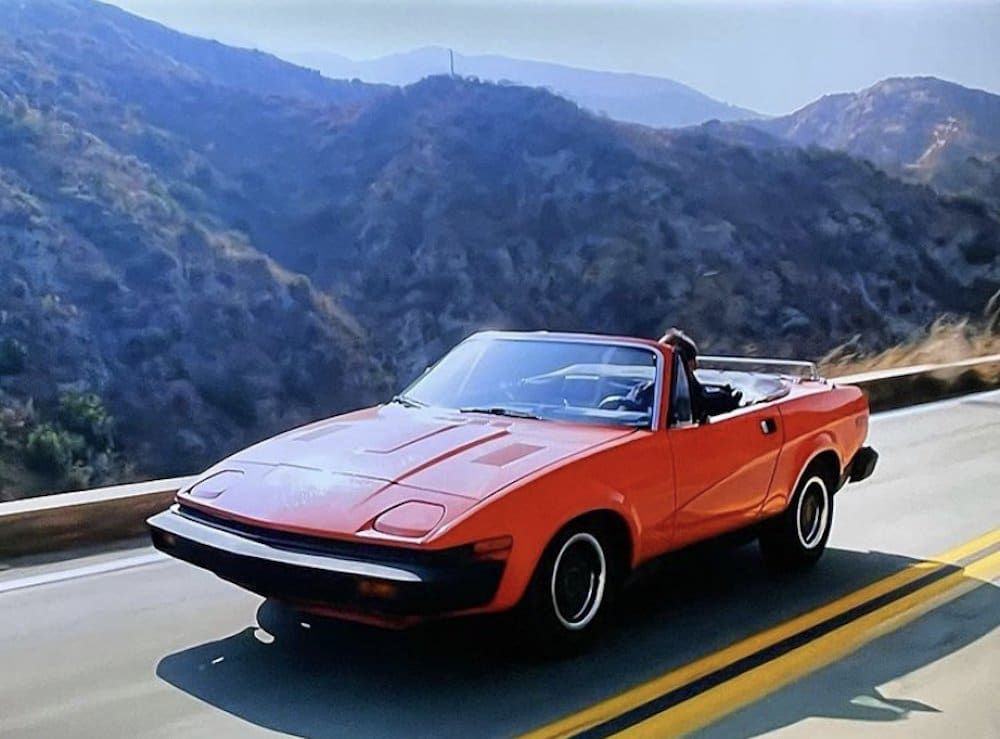