Wheeler Dealers bag a bargain with the BMW Z3 M

Wheeler Dealers Mike Brewer and Ant Anstead bagged a bargain as they bought a 1999 BMW Z3 M into the workshop.

I first reviewed the BMW Z3 M Coupe way back in the late ’90s. I remembered then just how special this car was. An incredible chassis, perfect balance, M Sport tuning, and a whacking great engine, was and still is the recipe for success. I’ve always said that the smaller M cars are way better than the bigger ones.

The BMW Z3 M Coupe was a funky looking thing and although you can’t deny the driving ability, its fair to say it’s a face even a mother would slap. It got the nickname the ‘clown’s shoe’ and I can see where they are coming from. 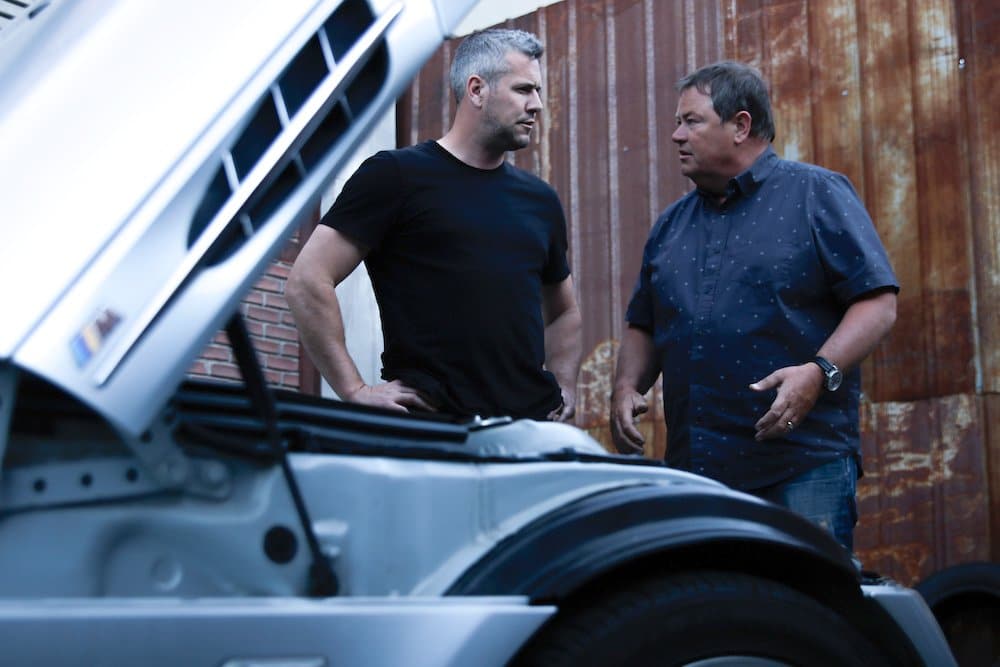 The Z3 M Coupe has been on the Wheeler Dealers hit list for a while now. I’d searched high and low back in the UK and Europe but they always eluded me, but never one to give up, I kept on looking and managed to find one in sunny rust free California. Remarkable really as only 3000 ‘clown’s shoes’ ever made it to North America. Adam the owner was a lovely chap, who delivered the car to me, and after a quick test drive, this 1999 silver with charcoal interior was coming home with me for just £13000 – that’s cheap in today’s market.

Us Europeans can feel a bit smug here as we got the better deal from BMW. We got 3.2 In-line 6-cylinder S50 engine, which is a full 76hp more than the USA S52 lump. That’s like a whole Vauxhall Corsa’s worth of power missing and you can really feel it! What I would say though is you can drive the S52 a bit harder and really explore the chassis. Interesting.

I knew Ant Anstead would be a fan boy of the Z3, it’s his generation, and he was excited to get going. He couldn’t wait to tell the story of the engineers secretly designing the car away from the BMW board.

Ant decided to tackle the main Achilles heel of the M Coupe, which is the rear subframe. They are notoriously weak and crack, so a major rear-end strip down and some class fabrication from Ant and the rear of the chassis should be able to take anything that the new owner could throw at it. There are kits available on the market to do this and step-by-step instructions if you buy one that it hasn’t been done. 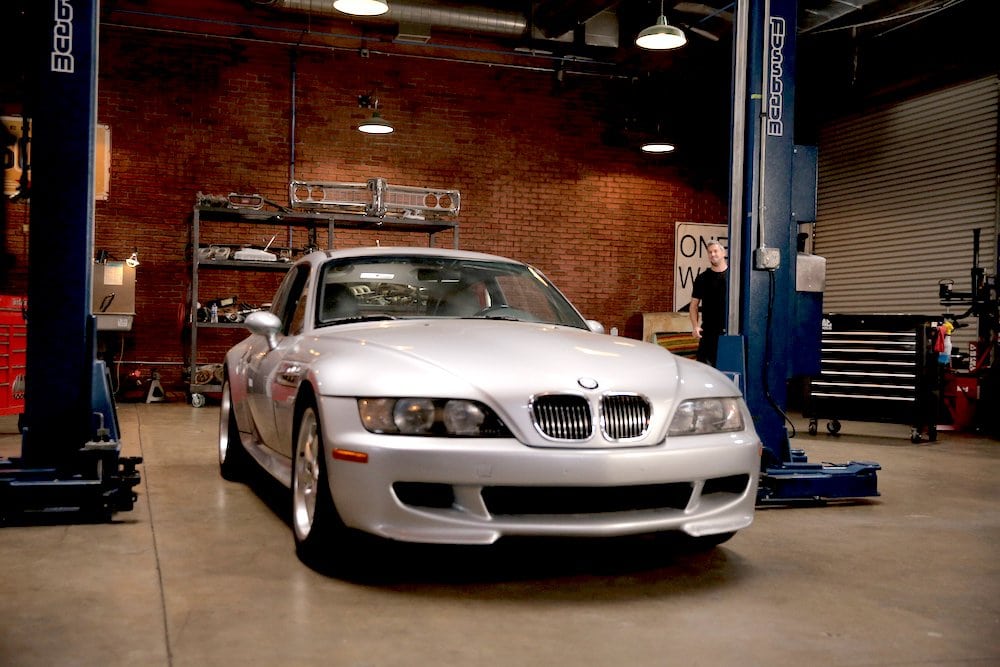 Next up, the missing Anti-Roll bar. I know I should have spotted that but I didn’t look. I could feel it was loose at the rear but it was a real surprise to find it was missing. Ant soon fitted an aftermarket one, but being Ant, he added some more strengthening as well; good job.

I decided to refurb the wheels with a slighter lower tone of silver and although they were a bit banged up, my mate Matt could add material to the wheels and grind them back to factory standard and then do the colour change. I think they looked brilliant once done.

The BMW Z3 M Coupe come with two fans, one viscous and one electrical. It simply doesn’t need both. There’s a kit available to delete the viscous fan and just rely on the electric and it’s a well-trodden path of Z3 owners – more efficient, a little more power from the engine and just a couple of hundred quid. 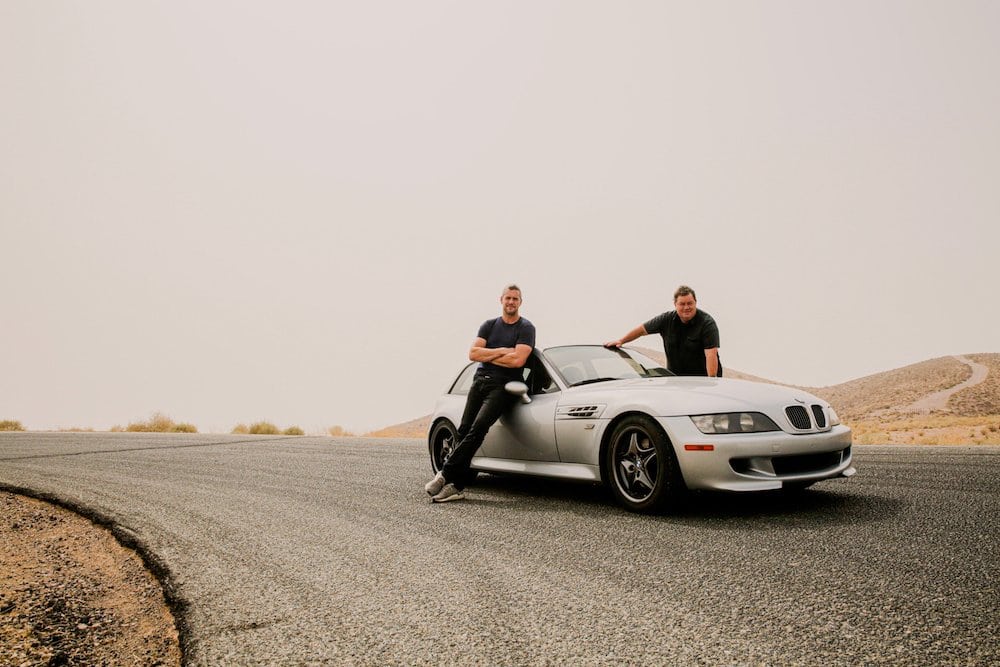 All done and time to enjoy ourselves. It’s an honour to be able to thrash a car like this around a track and I made sure I didn’t disappoint. The BMW Z3 M Coupe didn’t hold back either. We always give our cars a proper test drive and pray they hold up. Truth is, I got out of this one knackered and the clown’s shoe just wanted more fun.

Once advertised, a fellow called Dan who’s had several Beemers just had to have it for the decent price of £16500, which showed a decent profit.

Remember that we have made these shows during a global pandemic and its not been easy. Suppliers where closed, parts were a nightmare to source, the team had to work remotely and our crew spent days in the baking heat in full PPE gear to bring these shows.

Some may complain that you don’t get all the fixes, but we have done the best we could possibly do in the circumstances to bring some light entertainment and a little education about cars during these trying times. So please be kind.