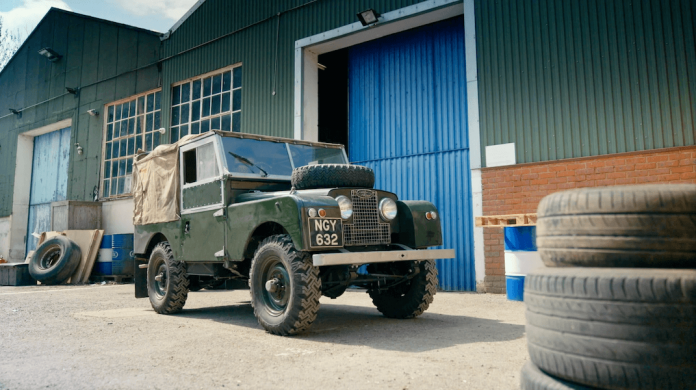 The Wheeler Dealers workshop has seen a variety of Land Rovers over the years – this would be the sixth – and previous ones had made a tidy profit, but would Mike Brewer and Marc ‘Elvis’ Priestley continue that great record? Well this rare Series I looked promising, but there was a mystery to unravel.

First though, Mike headed all the way to County Durham to meet restorer, Fred, and it had been worth the drive. The Landy looked terrific, and despite the noisy, agricultural driving experience and an asking price of £16,000, the Wheeler Dealer couldn’t have been happier and was quick to snap it up.

As for that mystery, it was registered as a 1963 model but that was too late for a real Series I; the Series II had arrived in 1958. But with some detective work the boys discovered that it was genuine; giveaways included the 86-inch chassis that Elvis carefully measured, and it was confirmed by a heritage certificate from Land Rover itself, which revealed that it had been made in 1954 and first used by the military.

Now that registration error had been identified it was on with the restoration, one that would involve making this special off-roader as authentic as possible. And with all of the bodywork removed one of the first jobs to tackle was replacing the rear axle which was actually from a Series II model.

Elvis headed off to specialists, Britpart, in Shropshire where a genuine item was waiting, and while there he could use their special tools to undertake a thorough overhaul. New brakes, wheel bearings and a coat of paint later and it was perfect.

That refurbished axle was the first part to be fitted to the chassis, but there was still lots of work to do and money to spend. Whilst visiting Land Rover’s Classic Division their historian (another Mike) had pointed out a few issues, the most expensive of which was the non-genuine bulkhead. A hefty £2500 was needed for a new one! The steering box wasn’t right either – it was a later recirculating ball item rather than the correct worm and nut system – but with costs spiralling that was left in place after some adjustment to remove excessive play. At least the replacement rear wheels weren’t too pricey…

And there was more, as the rear lights weren’t the right ones, the badges were wrong, and the indicators needed to be replaced with the correct semaphore type. The budget would have to take another hit, but if Mike and Elvis were going to do the job properly there was no option but to keep spending.

The brilliant Series I was coming together, though, and after a respray in Land Rover Grey, new period-correct seats and hood, and all the new exterior parts fitted the project was finished. Almost £10,000 had been spent getting it back to pristine, original condition but would all that time and money pay off?

It had been a cracking transformation, and a test drive at an old rocket testing facility confirmed that this charming 4×4 was one they could both be proud of. All that remained was for Mike to sell it for a handsome profit, and when it was sold to a good friend for £35,000, the Wheeler Dealers track record with Land Rovers was as solid as ever.

Mike Brewer said: “Uncovering the story of our Series 1 Land Rover was a great experience as it took me to the Land Rover Heritage Centre where Mike Bishop who is the curator got very excited about our car. Getting the original build documents meant that we could make our Landy like the day it rolled off the production line.

I really challenged Elvis on this one as although people say Land Rovers are easy to work on, there were lots of problems along the way. In the end we invested wisely and turned out a great vehicle which sold for a healthy sum and will now live happily on the island of Jersey rubbing shoulders with the rich and famous!” 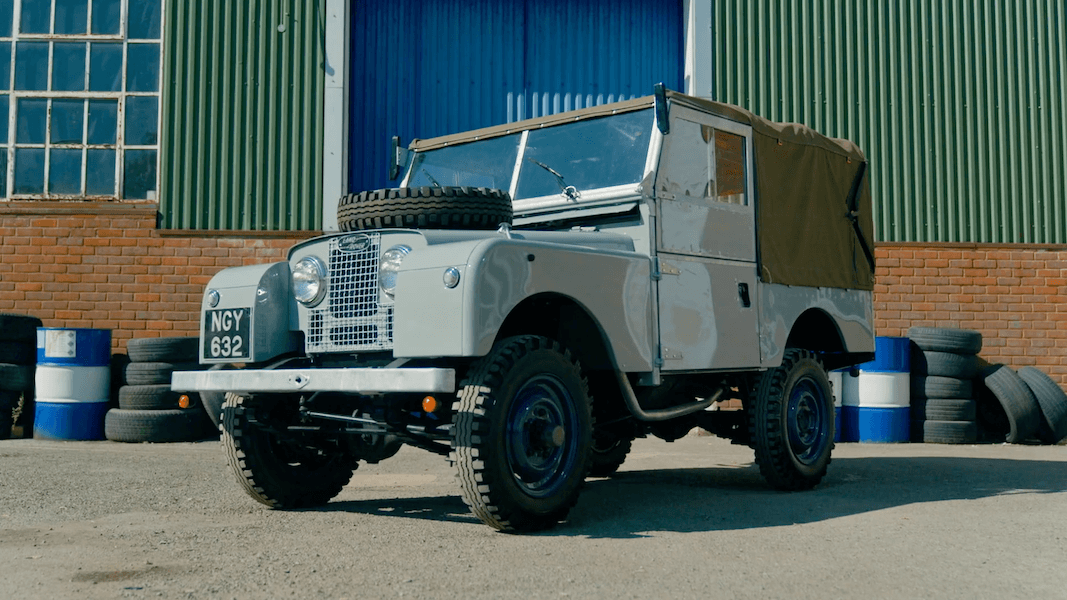 Marc ‘Elvis’ Priestley said: “What a treat this was to work on such an iconic vehicle. Mike and I had to play investigators to find out the true history of the Landy, but what a story we uncovered.

The car wasn’t always easy to work with, but I loved pulling apart the old Series 1 rear axle that Mike tracked down using the ‘specialised’ field tools and bringing it back to the workshop. It turned out to be a beautiful Land Rover, that Mike and I were really proud of.”