Our favourite show is back... 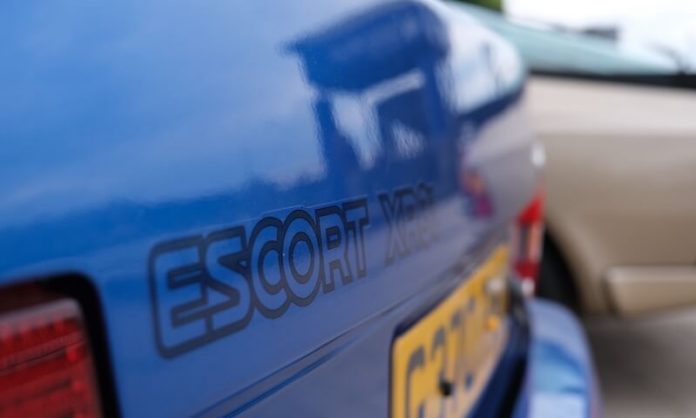 Mike loves his ‘80s classics, so a brilliant drop-top Escort was the perfect way to celebrate the return of our favourite show. What would Elvis make of it, though…

How do you kick-off the next series of Wheeler Dealers? With one of Mike’s favourite cars, that’s how. A hit of nostalgia took him back to his car dealing days as our favourite duo tackled the brilliant Ford Escort XR3i Cabriolet, and this one was a bit of a bargain. 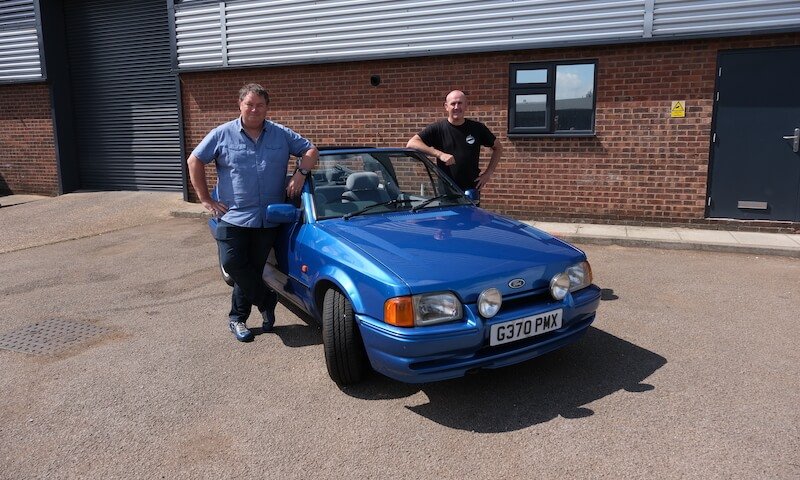 Belonging to his electrician friend, Patch, this example looked terrific in Azure Blue and with plenty of service history it was a promising start.

Mike said: “One evening, whilst at Caffeine And Machine hanging out, looking at the cars and grabbing a coffee, the electrician who had spent months with me working on my house, wandered up and said he’s looking to sell his car.

“Now I haven’t been near him for the past three months, he never even mentioned he had a classic car! However, once he got past the word, Ford Escort XR3i, I was already holding my hand out. Having owned it for nearly two decades himself, Patch thought it was time to move on as his garage, which he rented, was due to be handed back to the landlord, so timing was everything on this one, and perfect for us to kick off the new series.”

Thrilled to get behind the wheel of this classic fast Ford, Mike discovered that it drove really well – rather smoky engine aside – and with just a few other jobs to tackle a deal was soon done for the asking price of just £3500. 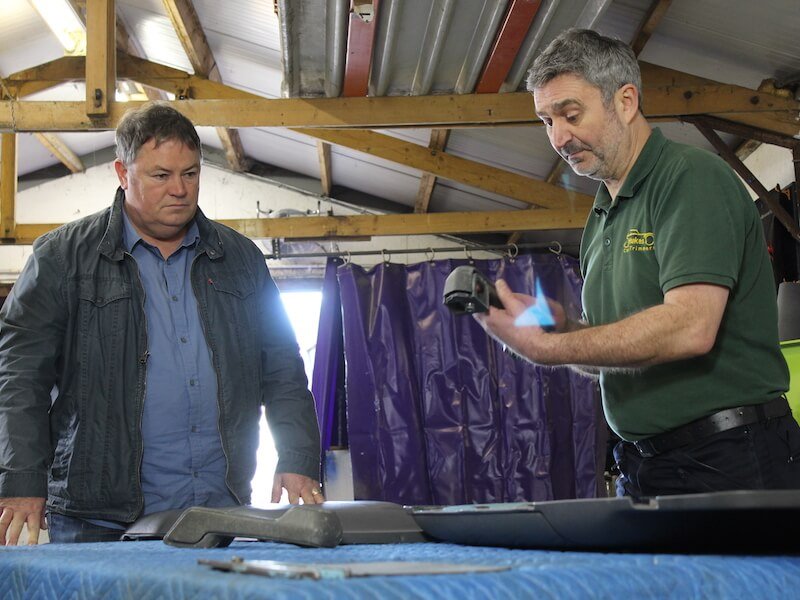 Elvis was impressed, too, and cracked-on with tackling interior trim in need of renovation.  Both door cards were removed and handed over to Mike to sort out, and then it was on to the engine. Quickly identifying the cause of the smoke as worn valve stem oil seals, the engine was soon removed and with the help of a special tool it didn’t take the master mechanic long to fit new seals. A new cam belt, clutch and a few gaskets had the motor back to full health.

In the meantime, Mike headed out to visit a trimmer, Dave, who could make those tired door cards look as good as new. It was a clever repair that saw the damaged areas reinforced and the vinyl glued back in place, and at £300 for the pair it was good value. 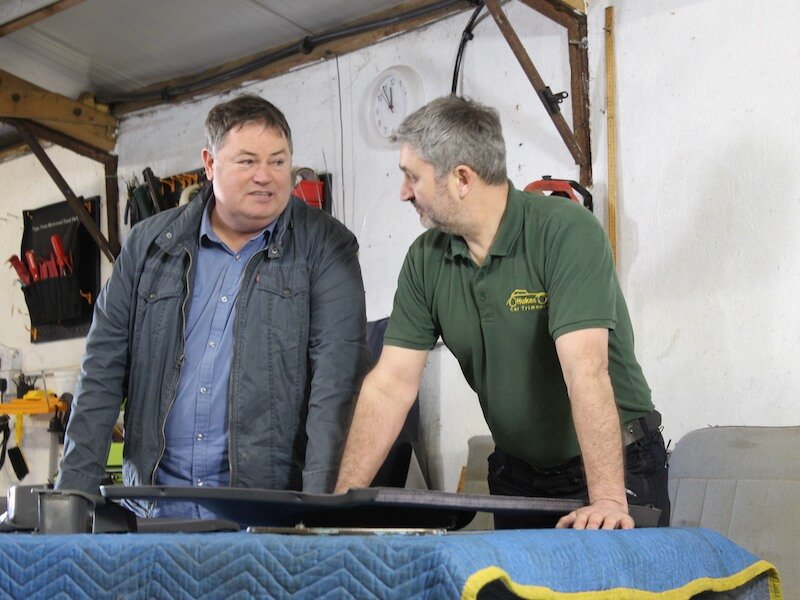 Back in the workshop Elvis had tidied up the engine bay, cleaned the engine itself and got it back in the car and now it was time to sort a minor bodywork issue. Corrosion had caused part of the driver’s side front wing to become detached from the ‘slam panel’. It didn’t take long to cut out the rusty metal, form a new piece from fresh steel, and weld it into place so it looked just like the factory finish. Once re-painted it was as good as new.

There was one other major job to address, though, and that was the tatty soft top. Time hadn’t been kind to it, and the result was some nasty splits in the material that couldn’t be repaired. The only answer was a new roof, and that meant bringing in an expert called Tony.  With Elvis lending a hand – and having splashed out £750 – this tricky job was soon completed and the appearance of the XR3i had been transformed.

But it wouldn’t be Wheeler Dealers without a few other jobs to do, but they’d turn out to be nice and easy. Visiting the autojumble at the Practical Classics Classic Car & Restoration Show saw Mike bag a new pair of headlights and indicator lenses along with a weather strip in need of replacement. The cost of this little haul? Just £80! 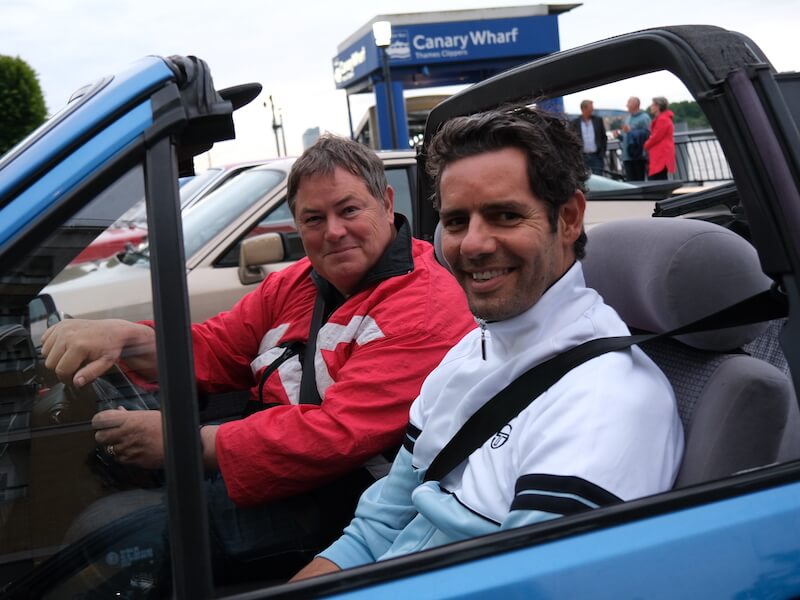 Once those parts had been fitted and Elvis had (carefully) replaced the damaged rev counter – another bargain at just a tenner – this cracking Ford was finished. All that was left was for the boys to don some ‘80s outfits and head to London’s Canary Wharf for a cruise in the company of a few other great classics from the decade.

Richard was the lucky buyer, bagging the Escort for £7500. With a tasty profit of almost £1800 this series was off to a great start! 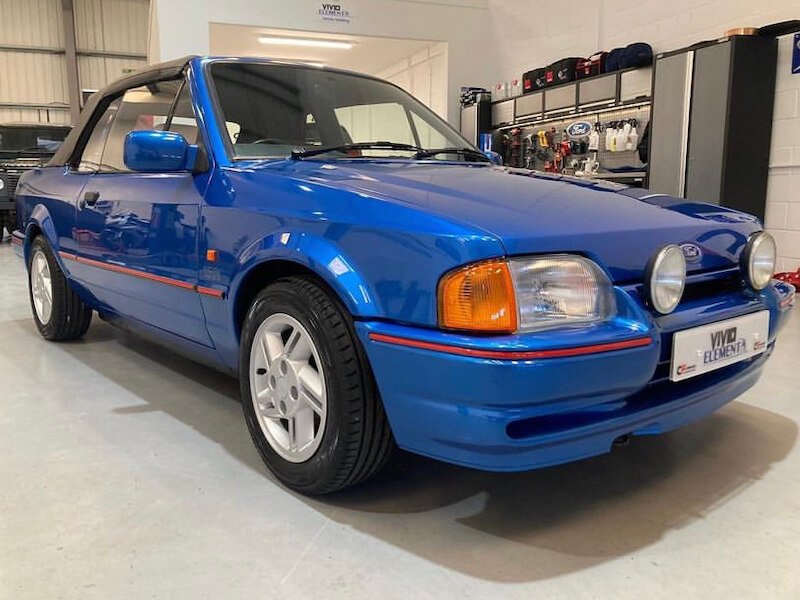 “Driving through Canary Wharf with the rest of the Best of the 80s gathered around us was fantastic,” adds Mike. “Both myself and Elvis loved this episode and it’s been incredibly well received online with our social channels packed with congratulations so thank you for tuning in and making it another ratings hit.”