A sharp-suited modern classic gets the Wheeler Dealers treatment

You can’t have too much power, as Wheeler Dealers Mike Brewer and Marc ‘Elvis’ Priestley prove with a Fiat Coupe 20v Turbo.

If you enjoyed last week’s episode of Wheeler Dealers that featured a brawny British sports car, then this was a change of direction. There was still lots – and we mean lots – of power, but this time it was wrapped in the gorgeous shape of the Fiat Coupe, and it was a car ripe for some improvement under the bonnet. 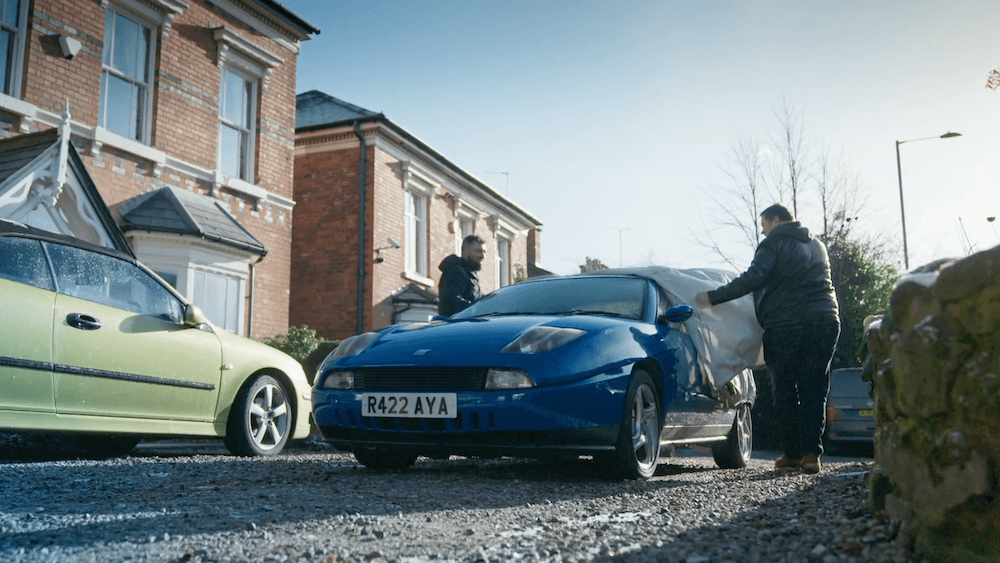 Bought for just £2750, Mike Brewer’s plan was for ‘maximum performance, minimum spend’. The car itself was in sound condition, with no rust to worry about, and our wheeler dealer loved the way it drove. But it lacked a bit of performance, so over to Marc ‘Elvis’ Priestley to work his magic…

First stop on the way to the workshop was the premises of BBR GTi where a session on a rolling road revealed that a few of the original 220 horses had escaped. Power was down to just 184hp, and Elvis had noted an odd spike in boost pressure that needed investigation. That was an easy fix, with the problem caused by a broken pipe, but some preventative maintenance was needed before the fun could really begin.

So Elvis got to work replacing the all-important timing belt, adding an upgraded water pump for good measure. It was a fairly involved job that included raising the engine to improve access, but it was all in a day’s work for the ex-F1 mechanic. Mind you, the worn turbocharger he discovered wasn’t such good news so it was a trip to Turbo Dynamics for Mike to get the unit overhauled, and upgraded with a larger compressor.

That new and improved hybrid turbo would be paired with a stainless steel exhaust manifold that Mike had found for just £80, but Elvis had another trick up his sleeve. Installing a system that sprayed water onto the intercooler would lower the temperature of the intake air, and that would mean even more power. Controlled by a switch on the centre console, it was a cheap and very effective mod.

That was the mechanical work done, but it was time for the finishing touches. That involved a lengthy trip down to Cornwall where mates of Elvis could help with the installation of a re-programmed chip for the car’s ‘brain’, and it was the moment of truth. Had they managed to extract the extra power they wanted? Oh yes, and then some. A whopping 309hp, in fact, and even a bit more with that clever water spray activated.

It was just the result the boys were looking for, and with a bit of cosmetic work that sorted the sticky dashboard, freshened-up the alloy wheels, and added tinting to the rear windows the stunning Italian coupe was finished. And all for less than £1000. Now for the test drive of what might just be the quickest example out there…

They were blown away by the performance on the road, but a tougher test was waiting – a drag race against a Ferrari 348. And yes, the Fiat won! With father and son, Neil and Nathan, on hand to witness the victory it’s no surprise they were keen to buy, and agreeing on £6000 they’d bagged themselves a modern classic with fantastic looks and performance.

Mike Brewer says: “I’ve always been a fan of the Fiat Coupe. I know it’s divided opinion in the past because of Chris Bangle’s controversial styling but I think it’s a car that was ahead of its time and now it’s grown into its age.

“The 20 valve turbo five cylinder engine is definitely the one to go for as it has immense torque right through the rev range. Unfortunately for us, the one that I bought was lacking somewhat in the power department. Elvis spent his life making cars go faster so the challenge was to get this one down the road as quickly as possible, but I never expected Elvis would take it to the next level where it would actually take on and beat a Ferrari!

“This episode goes to prove that you can have a huge amount of fun under your right foot without having to break the bank.”

“Mike didn’t need to ask me twice to get to work on improving a car’s performance, it’s what I do!

“I spent years racing against Ferrari in Formula 1, but I had a suspicion all the way through this project that Mike would end up putting our Fiat up against a Ferrari in the end. I’m pleased to say that unlike many of the Schumacher years during my McLaren career… this time we won!”

One of ŠKODA’s most enduring and popular models, the OCTAVIA estate, celebrates a significant milestone in 2022. The variant, which has been a perennial best-seller for ŠKODA,...
- Advertisement -