Auto NewsWheeler Dealers gets its hands on an epic Mercedes AMG

Wheeler Dealers gets its hands on an epic Mercedes AMG

Some very clever fixes on the suspension system. 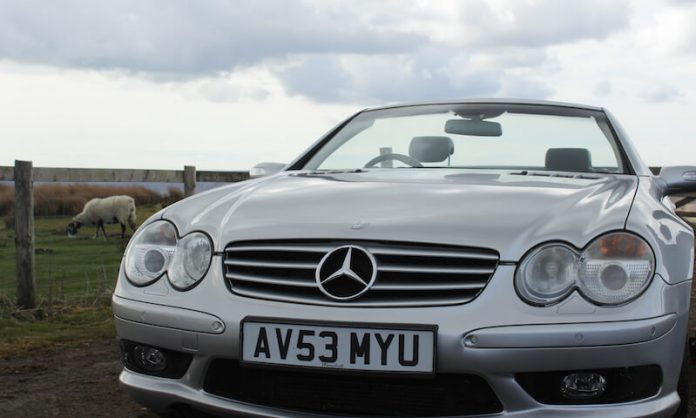 The series continued with another convertible, but this one was very fast and very complex. Would it be a bumpy road or a smooth ride?

Having done a cracking job with last week’s convertible Mike and Elvis were keen to tackle another, but this one would be a bit more powerful than the Escort XR3i. A lot more, in fact! Welcome, then, to the world of the Mercedes AMG and the wonderful SL55. With almost 500hp, this was a great way to celebrate an engine that’s becoming a bit of a dying breed. 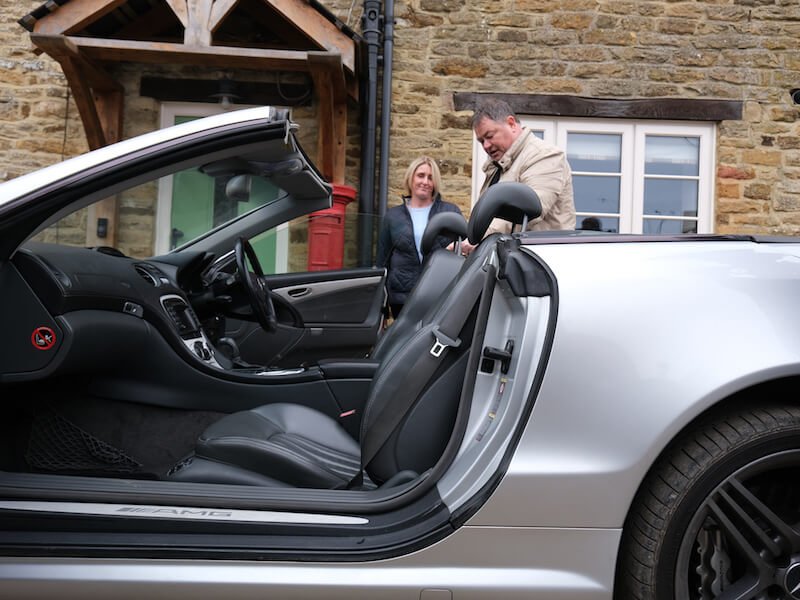 Owner Emma wanted just £10,000 for this epic convertible, a car capable of more than 180mph. It performed superbly on the test drive, but Mike knew it was something of a risk, not least because of the complex suspension system. Emma admitted there was a problem with that, but at least the roof worked. Snapping it up for £9500, it was a proper bargain.

The first job for Elvis? Sorting the suspension problem that meant the car sagged at the rear when it was left overnight. A diagnostic test revealed nothing electronic amiss, so it had to be mechanical and it looked like it might be a simple fix. Stripping down the valve block and replacing various seals cost just £40, but did it work? Unfortunately, no… 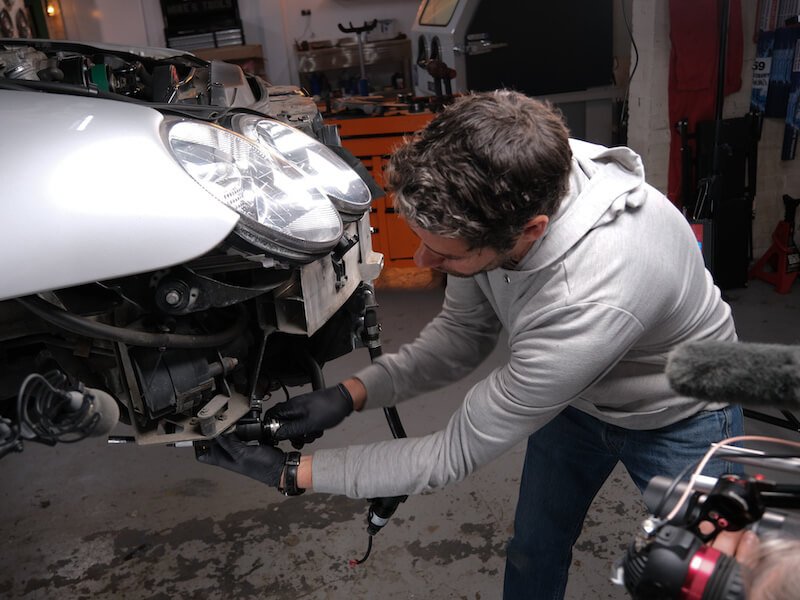 The only answer was to replace the failing strut, at a cost of nearly £1000! Plus, Elvis had also spotted a problem with a ball joint on one of the front struts, although this would be a much cheaper fix. Mike headed off to see a specialist called Phil who carried out a clever repair that involved injecting a polymer into the worn joint, a process that returned it to perfect working order and that cost just £95.

It had been a lot of work for the master mechanic but with the suspension now fixed it was time to concentrate on the brilliant V8 engine, and Mike had a plan. You can never have too much power, and an upgrade kit bought from the US for almost £1000 promised to up the output by another 60hp. Sounds good, right? 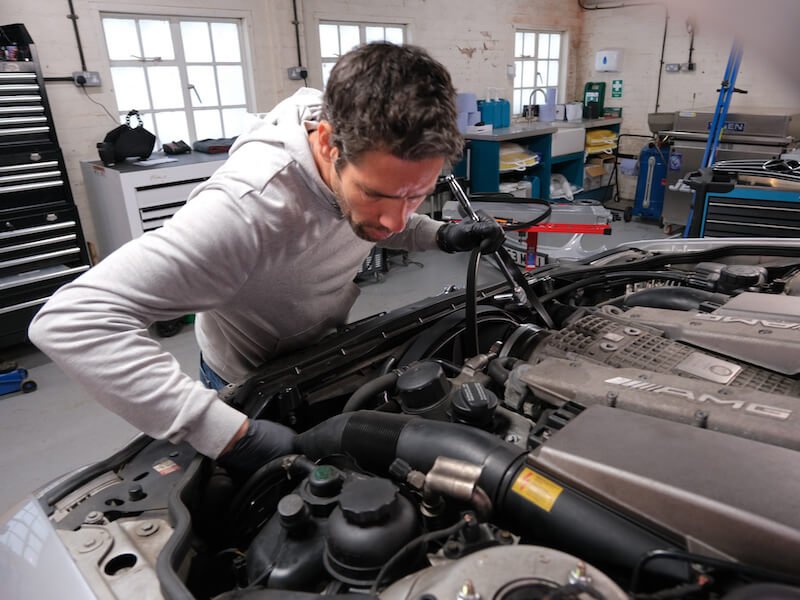 Setting to work, Elvis replaced the supercharger pulley with a smaller item that would allow it to spin faster and produce more boost. New belts and other pulleys and tensioners also went on, and the job was finished by fitting an additional heat exchanger behind the front bumper, this important part helping to cool the air being sucked into the supercharger so it could produce all that extra power.

“If we were ever going to celebrate the V8 engine, then this has to be one of the best V8’s ever produced,” explains Mike. “The sound of a Mercedes AMG once the loud paddle is down astonishing. These cars have the ability to put you in the back of the seat with a huge smile on your face, whilst at the same time hurting!” 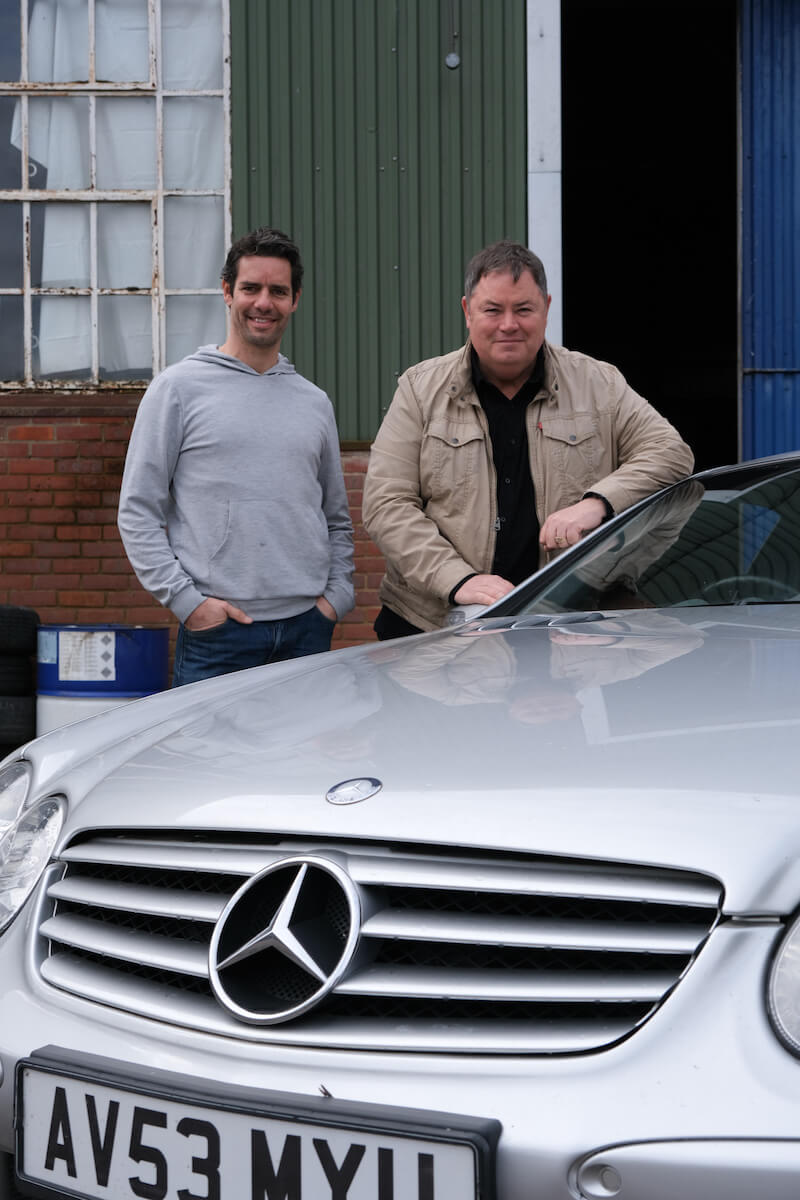 There was just one more job to do and that was to replace the wheels that had been subjected to numerous crack repairs. That wasn’t good enough for a car leaving the Wheeler Dealers workshop, so Mike dug a bit deeper into the kitty and purchased a set of aftermarket items and new tyres.

The awesome Mercedes AMG now owed our favourite duo a cool £12,626 but before it found a new owner there was just time for a test drive. Destination Yorkshire, to enjoy great roads and a visit to the NY500 café to meet up with some owners of other V8-engined cars. And buyer, Harry, was only too happy to pay the £14,500 asking price to get his hands on this cracking high-performance drop-top. 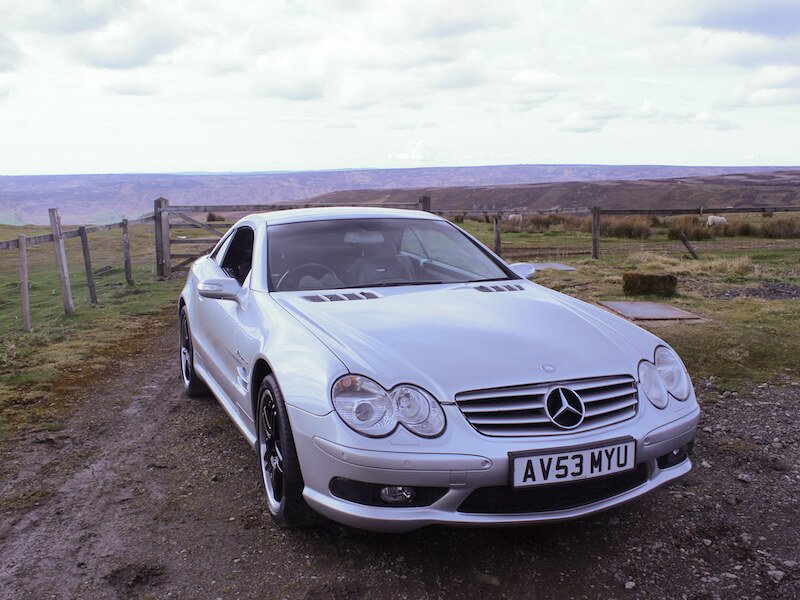 Mike adds: “We loved turning this one around in the workshop and showing some very clever fixes on the suspension system. Also for a car that cost at least five times the amount we sold it for, I think they represent a real bargain and a classic of the future.”