An Evo that looks great and performs perfectly 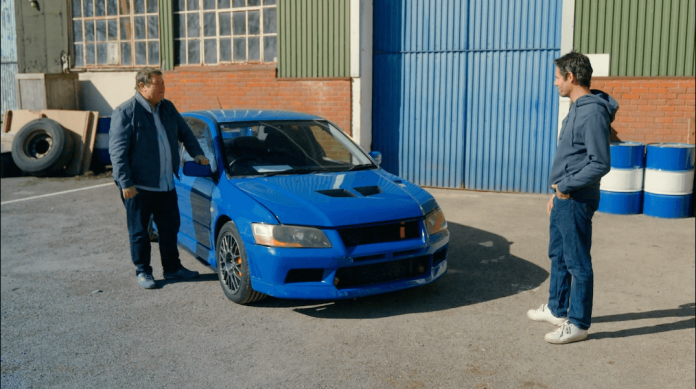 Wheeler Dealers’ Mike and Elvis might have bagged a bargain, but could they sort this Mitsubishi’s problems?

Along with its hottest rival, the Subaru Impreza, the Mitsubishi Evo once dominated the world’s rally stages, so now was the perfect time to get one of these motorsport heroes into the Wheeler Dealers workshop. But it would be plain sailing? Not quite…

Found for sale on-line, Mike Brewer had bagged one for just £6750 so there was bound to be a catch, and sure enough it was revealed when Marc ‘Elvis’ Priestley took a look under the bonnet. The engine was in a bad way, not to mention the fact that quite a bit of it was in the Evo’s boot! He was understandably alarmed, but ready for the challenge that lay ahead.

The first job was getting the engine out which revealed a major problem – a broken connecting rod had punched its way through the cylinder block and further examination showed bits of metal everywhere. It was a horrible mess and the powerful turbocharged motor was scrap, but Mike came to the rescue with a second-hand unit bought for £750.

Elvis gave it a thorough examination and discovered that it, too, had problems. The big end bearings were in excellent condition, but the crankshaft’s main bearing journals showed signs of wear and scoring. So it was off to specialist engineering shop, Headline MK, in Milton Keynes where the ace mechanic carefully polished the damaged areas with 400-grit emery paper. They were soon as good as new, and the engine was ready to be re-built and put back in the car.

That wasn’t the end of the mechanical work, though, as Elvis also tackled a common problem with these cars. The Evo’s incredible handling is helped by an Active Yaw Control system but the hydraulic pump lives beneath the car, and often results in the unit becoming corroded. Splashing out £1600 on a brand-new, genuine part was the answer but he went a step further with the job with a useful modification; using a special kit, the pump was relocated to the boot, with the hydraulic lines and wiring re-routed.

There was just one last job to get it handling perfectly, with Mike heading off to see Byron at suspension specialists, GAZ Shocks. There, he helped to assemble a set of adjustable dampers that, once fitted, would ensure this Mitsubishi was ready to entertain on the road, rally stage or race track. They had cost £1064 but were worth every penny.

The oily bits were done, then, which just left the exterior and Mike had a plan for that. A call to wrapping expert, Henry, was the answer and he came up with some great designs that would transform the way the car looked and help attract a buyer. Applying the wrap to the car involved careful preparation, making sure the bodywork was spotlessly clean and free of grease and dirt, but once the job was done it looked epic. And the cost? A cool £2000.

So the non-runner that had arrived at the workshop had become a cracking example of this rally-car-for-the-road, and what better way to show it off than at a late night modified car meet in the heart of Birmingham. Buyer, James, was quick to pay the £15,000 asking price and it was job-done for Mike and Elvis. Now, which way was it to the nearest rally stage…

Mike Brewer says: “I’ve done my best to challenge Elvis at every turn during our past nine builds. This time I took a massive gamble on a Evo 7 whose engine was in the boot!

“Elvis continues to surprise me with his skill set. This really was a complete rebuild and to watch him go through it was inspiring. We appreciate some fans would like to see more engine work, but we can’t fill each show with the same content. We have to show all aspects of restoration/renovation/modification. However, we do film all the bits people want so you never know they might make a bigger online episode soon.

“I love how we take this Evo onto the next level with Henry’s amazing car wrap. I know it’s not everyone’s cup of tea but that’s not the point. We designed it for the next buyer regardless whether we like it or not, and it worked. The car sold and the new owner loves the wrap and that’s all that matters.

“It was also a nice to be able to give Elvis a special treat day out at the London Rally School where he really did put the school’s Evo through its paces and surprised me with his driving skills. I think he may have enjoyed himself a little too much! I have to make him aware but this won’t happen every time…”

Marc ‘Elvis’ Priestley says: “Firstly, the day at the rally school definitely goes down as one of my favourite days at work ever…so thanks Mike!

“As for the Evo, what a car! Packed full of tech and performance…although when we first got our hands on this one, all that performance was packed away in bits in the boot! It did though, allow me to get my hands dirty on a wonderful engine and I enjoyed every minute of bringing this car back to it’s rightful place as one of the strongest high performance cars in its class.

“As for the wrap, I wasn’t totally convinced, but once again, Mike proved he knows the markets well and got us a sale in an environment where the Evo looked at it’s very best.” 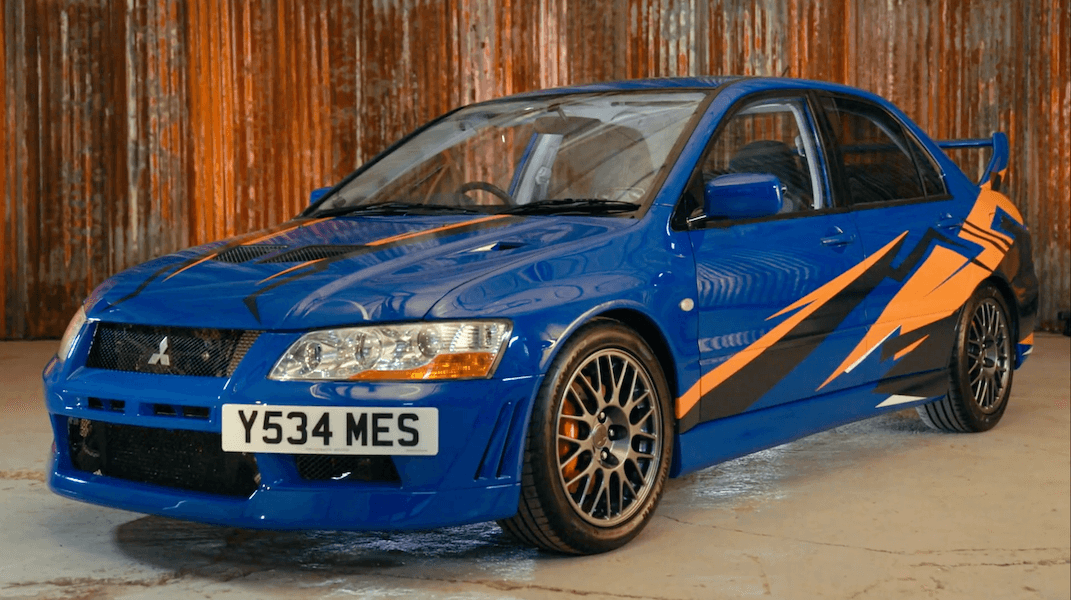 One of the classic world’s most popular cars was the perfect way to end the latest series of Wheeler Dealers, there was a party...

If you want to head into the mud this classic Japanese 4x4 would be perfect, but this one needed a few special upgrades first. It...

It wasn’t the first Lotus to appear in the workshop, but the Europa was very special. But could Elvis make it handle properly? For this...
- Advertisement -