You could hardly have Wheeler Dealers in the US without featuring the iconic American Jeep, and this time Mike Brewer had got his hands on something a bit special – not just any CJ7 Renegade, but a rare Levi Edition with the unique interior trim and body decals.

As the owner, Kara, was asking just $7800 for this slice of Jeep history it looked to be a great deal but there was a problem. She’d bought the car from an on-line auction, and only later discovered it was suffering from mechanical problems and, worse still, corrosion. 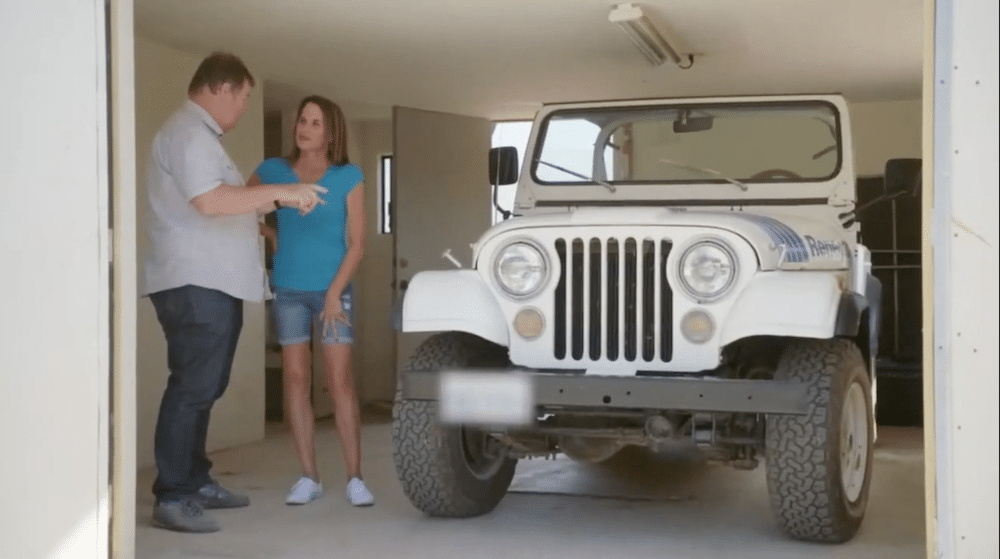 The good news was that some work had already been done, including a new carburettor for the V8 motor, new clutch and fresh coolant hoses. How would it fare on the test drive, though?

Perhaps it’s no surprise that Mike loved it, even finding out how good it was off-road, but the rust was a worry, the engine smoked on start-up, and there was a nasty rattle coming from somewhere. Put off? Definitely not. Parting with just $7000, the next project was about to start but would Ant be as happy with the purchase? Yep, he loved it too, although he was quick to notice that rust… 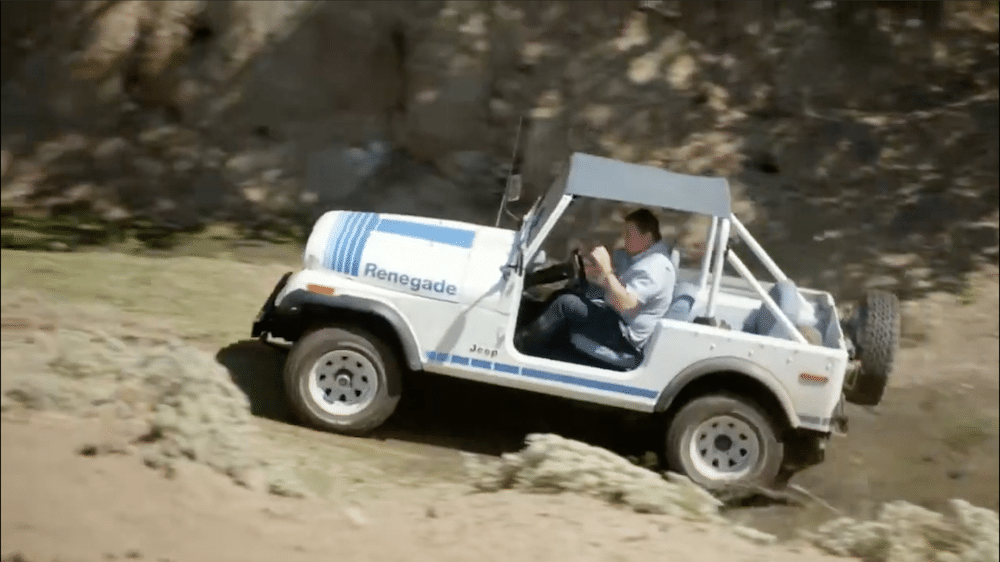 Mike explains: “It’s fair to say that the 1979 Jeep CJ7 Levis Edition was particularly tough. When I found the car it had some really bad bodges. The lady had bought it off an unscrupulous car dealer and we set about trying to repair those bodges and to give the car back its dignity.

“That meant a lot of fabrication for Ant Anstead and fabricating this vehicle meant we had to split the frame from the body. We ended up doing a whole restoration, including a whole new Levis Edition interior, so a lot of work.”

So that was the first job to tackle, starting with lots of work that involved disconnecting all manner of cables, pipes, electrics and mechanical parts so the body could be separated from the chassis. That last part meant removing the nine bolts holding them together, and naturally most of them were corroded meaning Ant had to cut into the Jeep’s floor and deal with the troublesome fixings. With those properly sorted, it was on to the next stage – cutting out that rot which was worse than he’d feared. 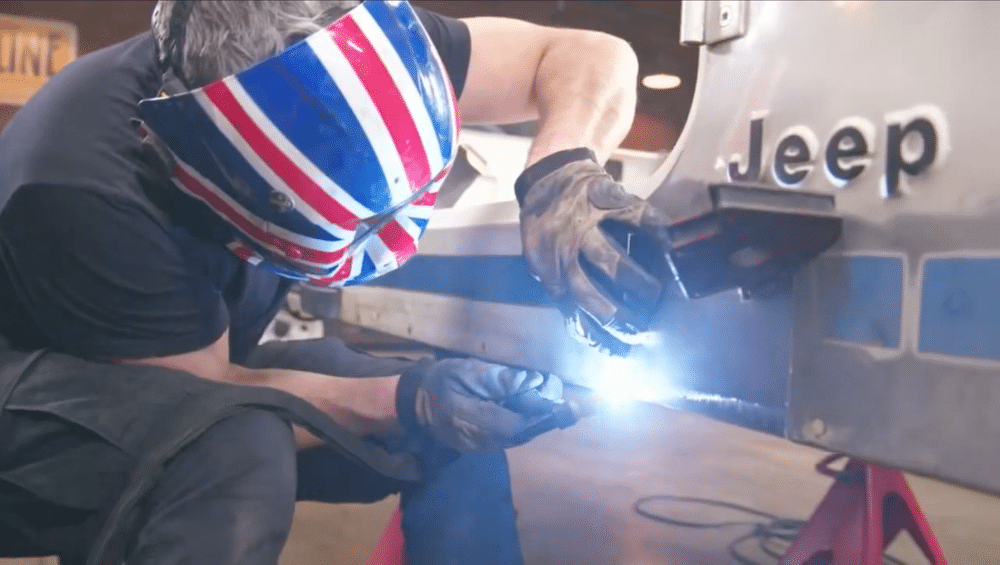 Not only had it affected the sills and body panels on both sides, but the base of the A-pillars and floor also needed attention. It was the beginning of much careful cutting, measuring, fabrication and welding with plenty of attention paid to protecting the new metalwork with etch primer. And then Ant moved on to the front wings, and there was more bad news.  Simply too rotten to repair, a pair of replacements at less than $400 was the answer. And a new body mount cured the rattle Mike had noticed, too.

While the now rust-free Jeep going off to the paint shop it was time for Mike to address another issue letting the car down, and that was the torn and tatty interior. Keen to retain the originality but also to add a few special touches, he tracked down some new/old stock seat material and headed for the upholsterers for them to work their magic. The seats were stripped down, the foam padding replaced, and the new trim material fitted. But what really finished the job was the unique stitching and two-tone seat panels that reflected the colours of the body decals.  Nice job! 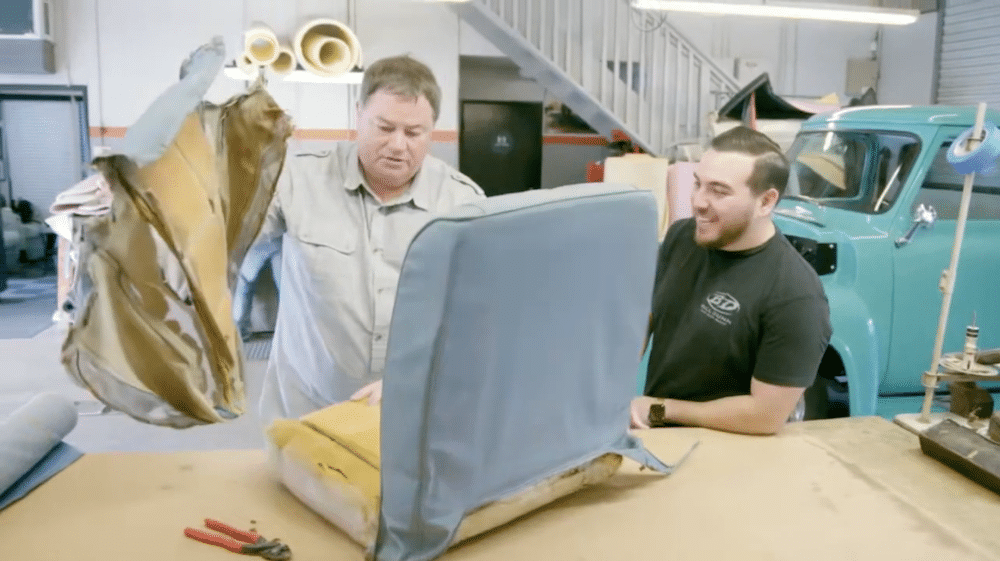 Now back to the oily bits, and luckily for Ant the chassis just needed a thorough clean. Which meant he could get on with the last big job – stopping the smoke that appeared when starting the V8. And the problem? Perished and cracked valve stem oil seals – a common problem on old cars – which were easily replaced. 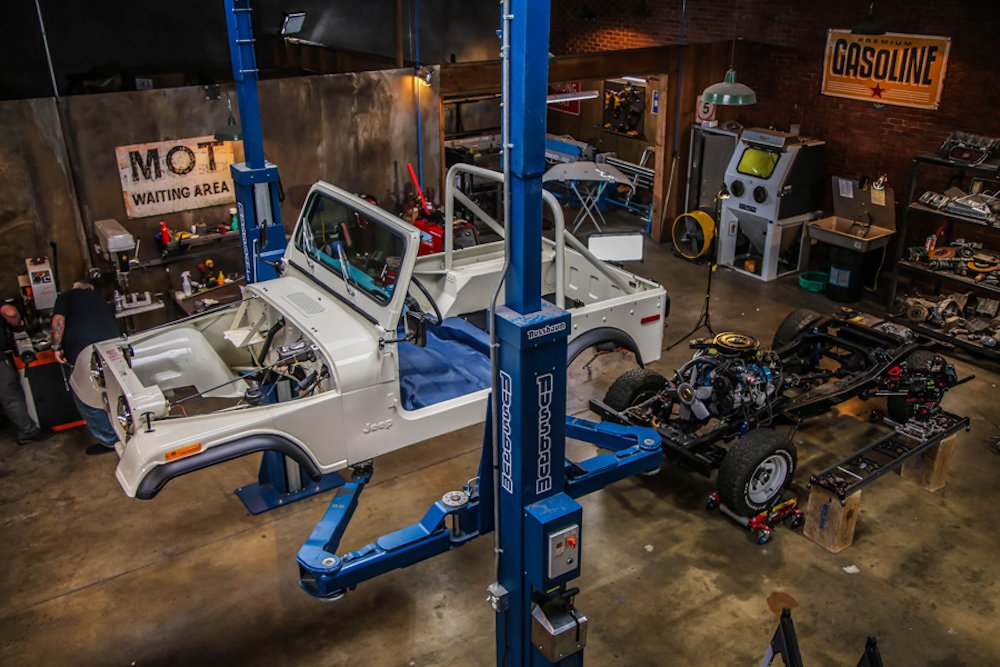 “Every now and then, you just have to let your hair down and have some fun, so we decided that we wanted to celebrate the CJ7 by having a mini party in it!” adds Mike. “The feeling is that every time we see someone in a Jeep. they always look like they are on their way to a party…we wanted some of that.

“The inspiration for the white wardrobe came from me, I thought we could go full on ‘Wham’ look to complement the Levi Jeep. However, it just went off the rails and I found a sailor’s hat so we just went with that. Fun. 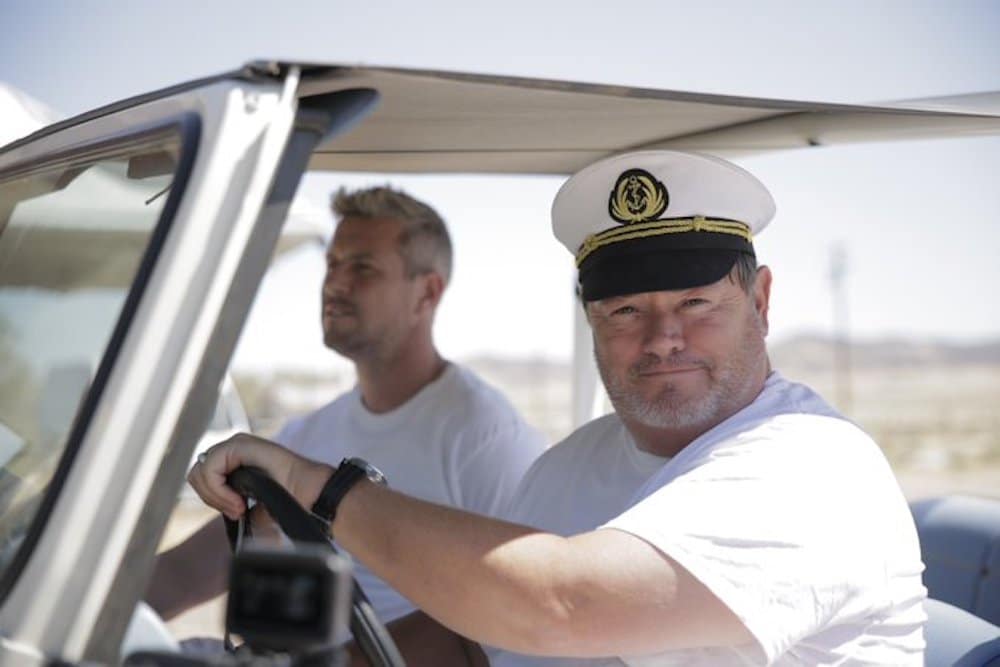 “Making cars shows isn’t that easy and when we done all the work in the garage we really look forward to the days out together with the crew where we get a chance to create an uplifting end and a celebration of all our work. It’s like a mini escape for us and the Jeep CJ7 was the perfect vehicle to take us there.”