Wheeler Dealers returns to Discovery for a brand new series 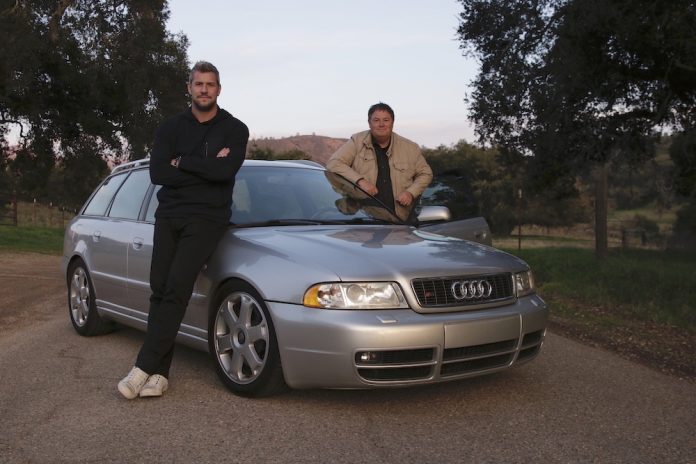 The ultimate car dealer and our gaffer Mike Brewer and his multi-talented mechanic Ant Anstead bring a brand-new series of Wheeler Dealers to Discovery on Monday 31 August.

Following the much-loved traditional format, the dynamic duo continues to track down classic and iconic vehicles in need of some TLC, with each episode challenging the pair to restore a car to its former glory before selling it on for a profit. Mike is charged with finding vehicles that have money-making potential, while spanner man Ant can usually be found in the Wheeler Dealers workshop, working on everything from bare metal resprays to gearbox conversions. The season zips from the sunny beaches of southern California to the coldest edges of Maine as the diverse used car market of the United States is combed for the best vehicles to buy, restore, test and eventually pass on to enthusiastic new owners.

Mike, who is already back in the US working on the next series, has got used to filming in California now. “The challenges are the same but the attitude to work is different, cars don’t rust that much in California so less body work issues,” he explains. “However, the quality of work in the UK I feel is higher. But, it’s easier to restore a car in the US as they really embrace the classic car world.” A 1979 Jeep CJ-7 Levi Edition also graces the workshop. A highly sought-after off-roader, Levi transformed this CJ’s upholstery and soft-top. Jobs include separating the body from the chassis, bodywork repairs, re-upholstering the interior, repair the valve seals, and repair the viscous fan clutch.

Modern classics seem to be the focus of this series which includes a 2001 Audi S4 Avant Quattro, a fast estate with a bi-turbo V6 and trademark quattro all-wheel drive system, a 2001 Saab 9-3 Viggen, inspired by the Saab 37 Viggen fighter jet, a 2006 Porsche Cayenne Turbo S, and a 2004 Mazdaspeed MX-5. Launched at the height of Japan’s bubble economy, when optimism was sky-high and Nissan’s engineers chased their dreams, the 1991 Nissan 300ZX was a technical marvel and an engine plumbing nightmare giving the team quite a headache.

Wheeler Dealers returns exclusively to Discovery Channel on 31 August 2020 at 9:00pm running for eight weeks, finishing with the ‘Best of’ episode with bloopers and outtakes as well as workshop footage from the cutting room floor.