New year means new Wheeler Dealers as Mike Brewer returned with a new series, the last to be filmed in America and feature Ant Anstead as the show’s full-time mechanic, kicking off with a feisty Fiat X1/9.

Its no secret that I’ve always had a love for Italian classic. I’ve restored many over the years. There’s something about the charm and the simplicity in design and engineering that gets me going. I’d often say that you really can’t appreciate a classic car unless you’ve owned an Alfa or driven a Lancia. One car though has always held a special fondness for me, the Fiat X1/9. 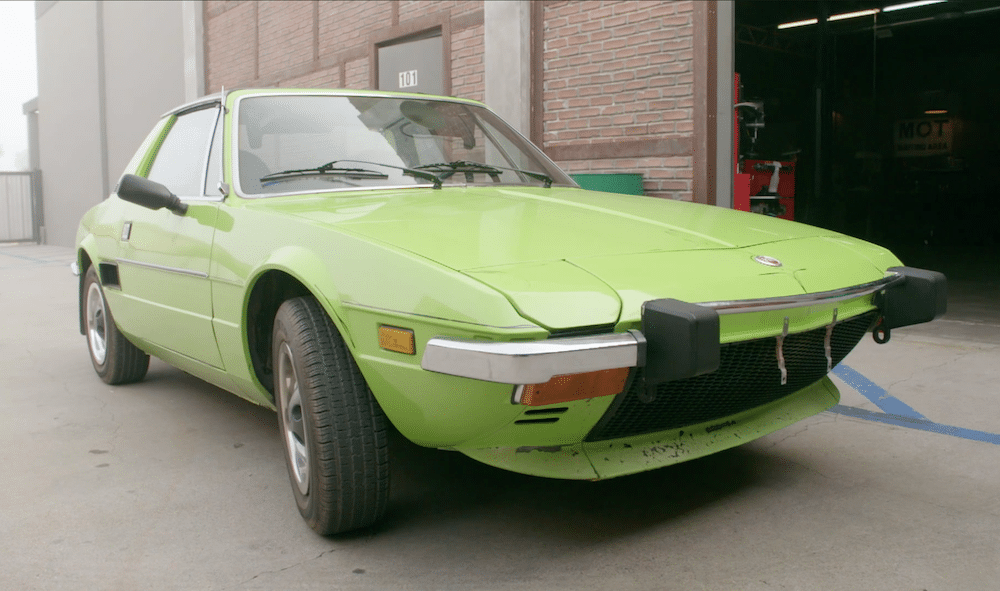 Back in my distant past, I bought and sold dozens of X1/9s through my dealership in south London, they were great bits of retail stock. Buying them back then was tricky, rust being the major issue. it was rare to find a car that hadn’t been painted somewhere or needed a trip to the paint shop, the tin worm loved the X1/9! Mechanically, they were ok. I remember a few head gasket problems and the odd oil leak but nothing any different from any other car of that period that I was selling at that time.

Over the past 18 years of Wheeler Dealers, I’ve been building lists of cars that we need to do and on that list has always been an X1/9. I’ve looked at a few but rejected them because of the rust, spoke to the clubs and had them try their luck for me, even tried to buy a couple, but the owners either sold them before we shook hands or they changed their minds. It’s like the X1/9 doesn’t want to be on the show.

However as a determined guy who never gives up, I kept searching and at last my luck had changed! I didn’t find a car in South London though – this one was on the north east coast of America! 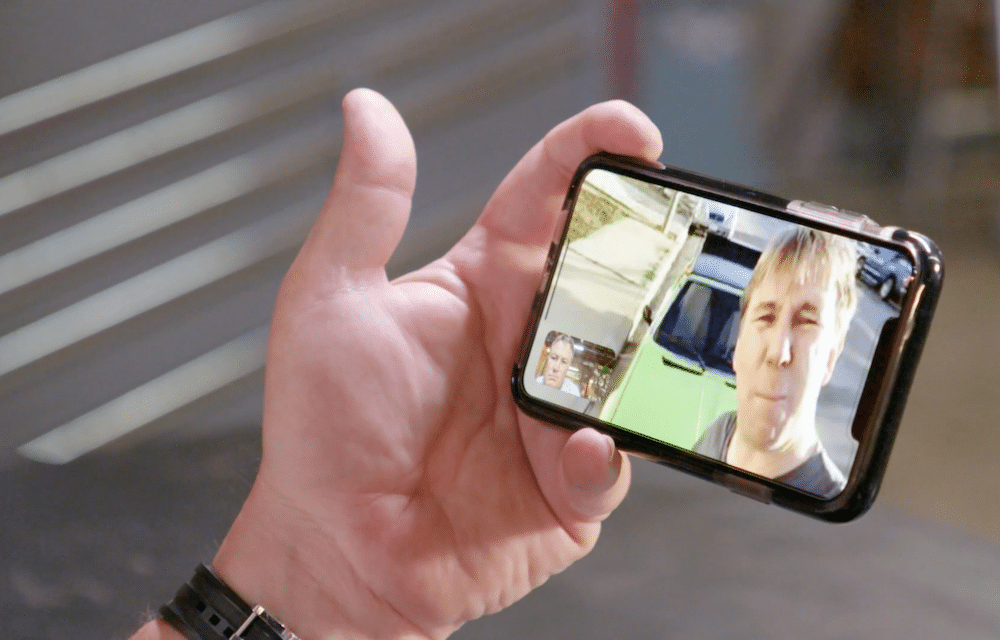 Being that this 1974 Fiat X1/9 1.3 looked great in the pictures meant either a five-hour flight from Los Angeles or phone a friend! Fortunately Chris Hill, my mate from England who knows his way around cars, was up in New York and said he’d help me out and go look at it.

When Chris did the video walk round, I was in shock to be honest and so was Chris. Here’s two British guys looking at a 99% rust free Fiat X1/9! I got Chris to check the problem areas around the sills, bottoms of the doors etc.. nothing! Only a small spot on the scuttle panel around the window screen.

Of course, the car was bought and delivered straight to the workshop for around £4000! Bonkers money for a car that needed just a little fettling. Ant set to work on that minor rust issue around the screen, which was nothing for his skill set. He can cut, weld, fabricate in his sleep and its always a treat to watch the way he goes about it. 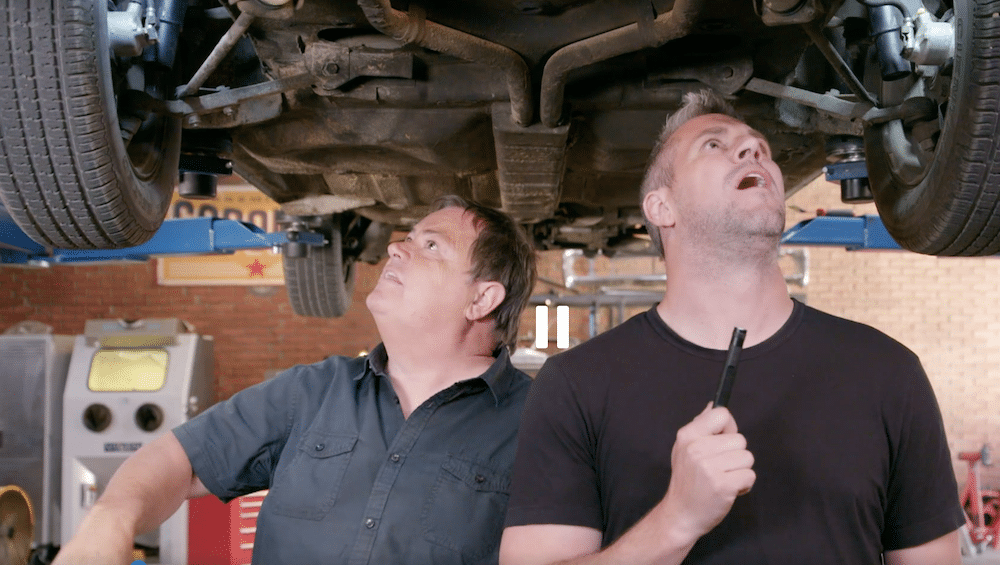 The Cooling system was next and Ant wanted to upgrade the system to get the car running cooler and protect that tiny engine. Not the easiest of jobs because of access, but Ant decided to strip the water-pump plus all the hoses to refresh the system.

Once all that was removed we noticed a small leak coming from the rear of the engine. Now accessibility is tight with these cars and Ant decided the best way to go was to just take the engine out. I’ll be honest, he loves taking lumps out of cars even for the slightest thing, for him he says he gets the chance to service and clean the engine before it goes back in. 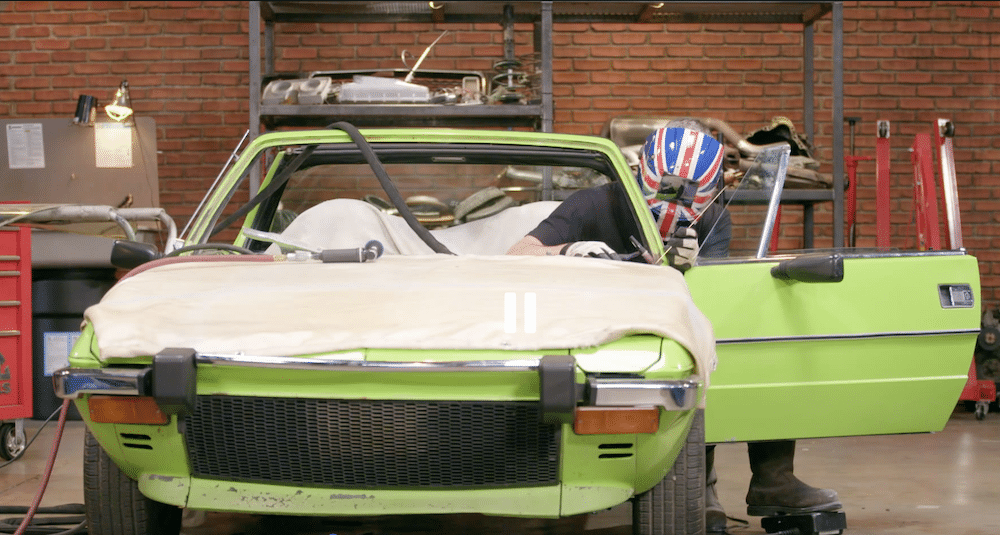 There was plenty of work for me to do too. The 4-wheel alignment to get the car travelling in the right direction, that was easy as I used the latest laser technology and adjusted the tie rods myself.

The silly tattoo on the car was a bit trickier though. I asked expert paint manipulator and Wheeler Dealer regular Mel Craig to help me loose the mid-life crisis the car was having. Mel decided the best way was to wet sand the car, it took an age but soon we rubbed the tattoo away and the X1/9 was looking factory fresh. 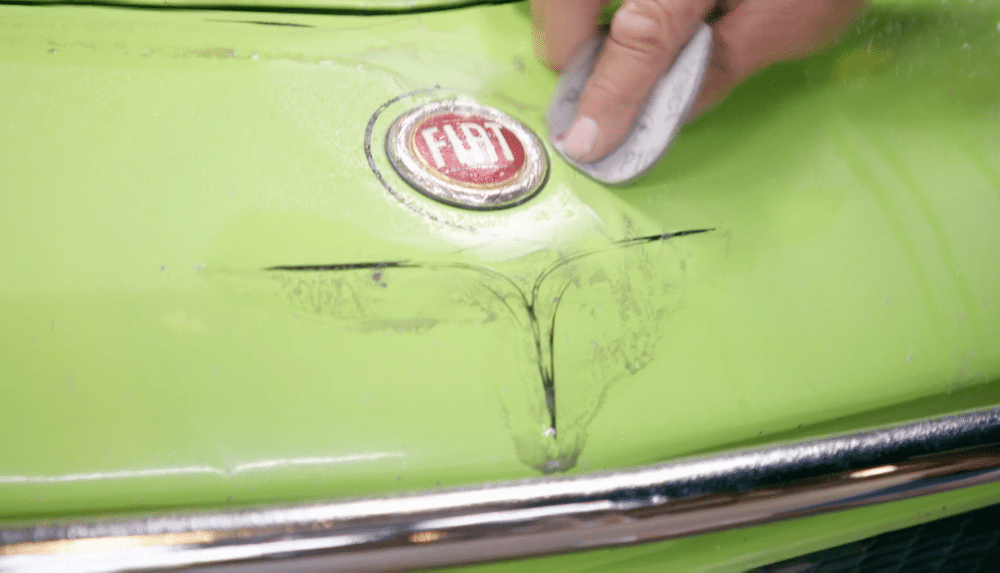 We were delighted with the way this one turned out and couldn’t wait to get the car screaming through the Californian canyon roads, what a treat for us two Brits. We had a little fun with a Pizza gag, we couldn’t help ourselves.

Like so many, we have had a crap year, been on standby for months and we thought let’s just have some fun this series. Making the shows with the crews being socially distanced and in full PPE took the fun away, and we decided to bring it back every time we were on set. I’m proud of what we achieved with this show, we even managed to sell the car to a fellow Brit living in California and bagged a profit. 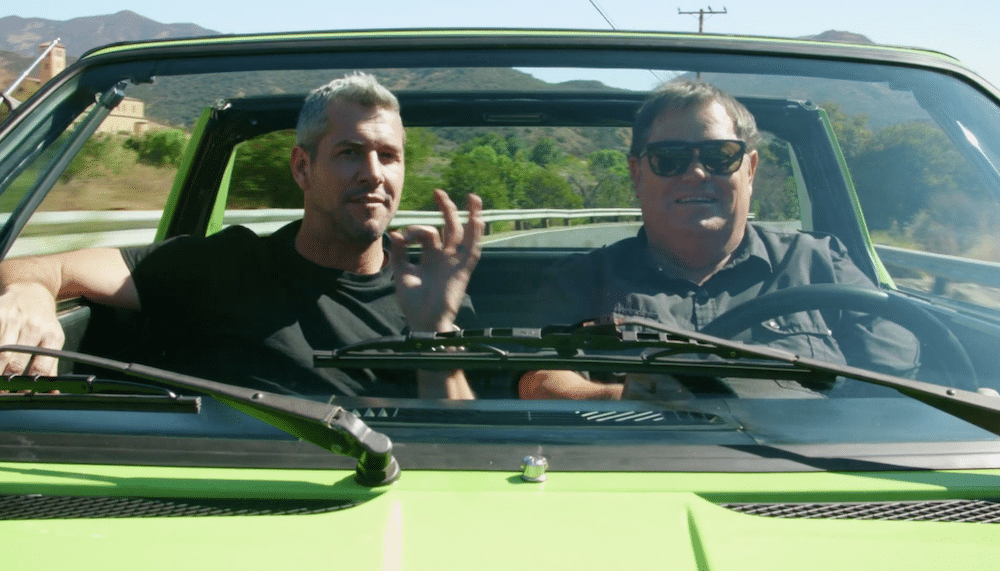 Watch the next episode of Wheeler Dealers on Monday’s at 9pm on Discovery Channel.