Mike and Elvis love their Porsches, but can they fix this one? 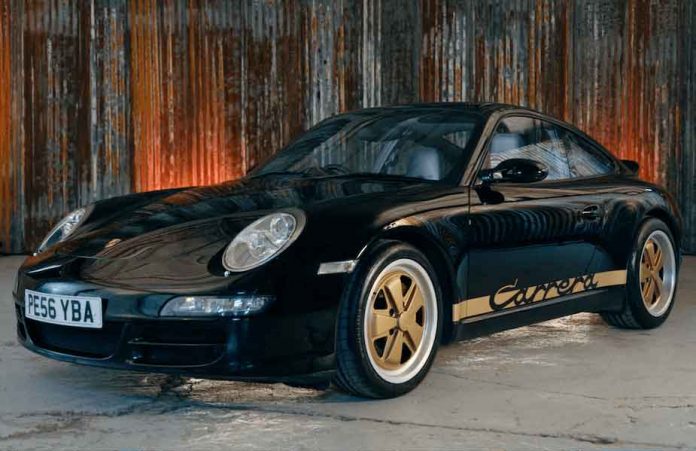 The 997 generation of Porsche 911 is revered by enthusiasts, but Wheeler Dealers Mike Brewer has found one in need of major attention. Over to Marc ‘Elvis’ Priestley to work his magic…

Some great Porsches have featured on Wheeler Dealers – a few 911s amongst them – but now the boys had got themselves another of these superb sports cars. It was probably the cheapest in the country, but there was a good reason for that…

The 997-generation model is very popular amongst enthusiasts, but this 2007 example sounded like it was suffering from a major engine problem. So both Mike and Elvis headed off to take a look, and it didn’t take long for the master mechanic to diagnose that problem – scored cylinder bores. But with the rest of the car looking great and boasting an excellent history, it was worth a gamble at £15,000.

Back at the workshop the first job facing Elvis was removing the engine and gearbox for a closer look, and with the spark plugs removed the use of a bore scope confirmed his fears.  A number of the cylinders were affected, so with the engine stripped down it was a trip to specialists, Hartech, to get the problem fixed for good. Watching the repair work was fascinating, the process one that involved machining the cylinder bores before the fitting of new aluminium-alloy wet liners with a special nickel-ceramic coating.

Another special modification to the engine block’s water jackets would prevent the problem returning, but the work hadn’t been cheap. The budget took a £3000 hit, but with Elvis taking the opportunity to renew the potentially troublesome IMS bearing, and replace the crankshaft’s main bearing shells, the awesome flat-six would be good for many thousands of miles. And with a few other parts replaced for good measure it was soon back in the car.

In the meantime, Mike had been thinking about how the car should look and what he had in mind was the popular process of ‘back-dating’ where Porsches receive a few modifications so they resemble older, classic models. For a bit of inspiration he went to see Porsche guru, Neil Bainbridge, at BS Motorsport.

There, he found plenty of thrilling cars and there was one in particular that caught his eye – an original example of the iconic 911 2.7RS. Choosing a gold colour scheme to complement the 997’s black paintwork, the budget was about to take another pounding as Mike went shopping for some ‘Carrera’ decals, replica Fuchs alloy wheels, and a glass-fibre engine lid that incorporated the famous ‘ducktail’ spoiler.

It didn’t long for Elvis to fit the new parts, and it marked the end of the project. The Porsche looked fantastic, and with that engine problem fixed the mechanicals were now in the rudest of health. All that was left was to see how it went and sounded, and for that it was a trip to the Silverstone race circuit to join in with a track day organised by Porsche Club Great Britain. 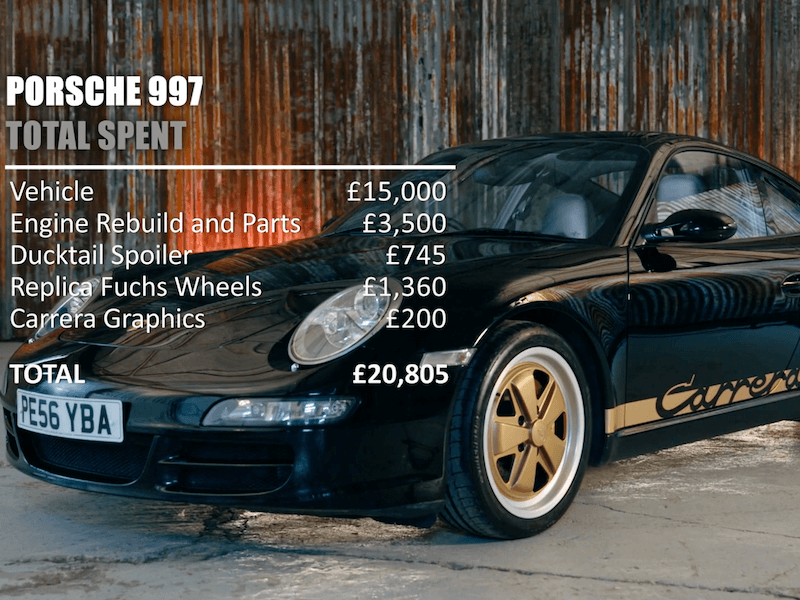 Naturally, it performed superbly and with plenty of enthusiasts in attendance surely Mike would have no trouble finding a buyer. There was plenty of interest, but then Dan came along and he loved the way it looked, and that meant he was quite happy to pay the full asking price of £26,000.

It might have seemed like a brave purchase, but the Wheelers Dealers experts were never going to be put off by something like a broken engine. Their hard work was rewarded with a very tasty Porsche, a very tasty profit, and another great modern classic back on the road!

Mike Brewer says: “These early water Porsches are more complicated than their air cooled predecessors, pop the deck lid on a 996 onwards and it’s bewildering how Stuttgart managed to package so much into a tiny space.

“Buying any Porsche with an engine problem is a big risk. Porsches come with what’s known in Porsche circles as Porsche tax! Basically, the parts are and seem more expensive than other cars. So, the gamble of a 997 with a bore stroke issue is a monumental one.

Lucky for me, I have Elvis. His skill set is amazing and without blinking he removes the engine from the 997. Having the courage to take a milling machine to an engine block is also a gamble but thanks to Hartec and Elvis’ know how we ended up with flat 6 lump mightier than before. As for the styling? Back-dating 911s is all the rage at the moment and I think I nailed the retro styling of our car. Epic build and a great result.” 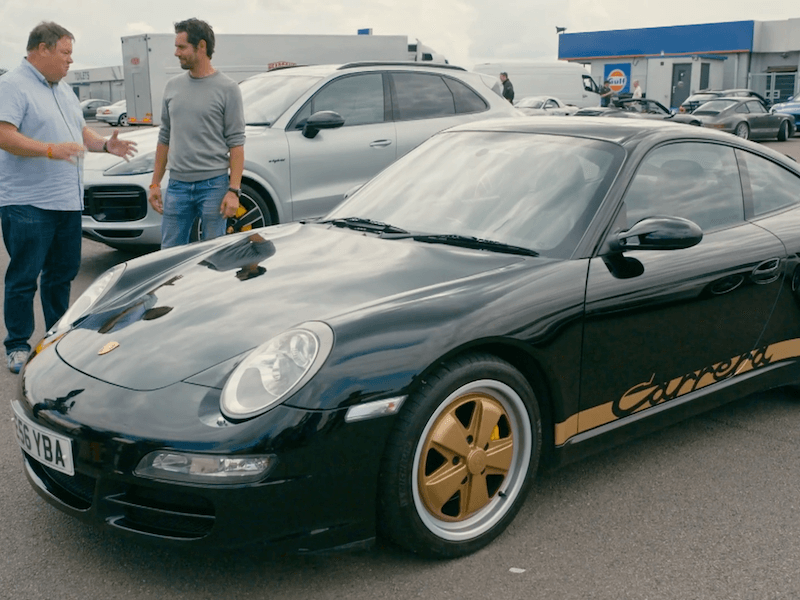 Marc ‘Elvis’ Priestley says: “I’m a big Porsche fan anyway, so for Mike to bring me a 997 to work on was just great. The challenge, as it always is, was huge, but together I really feel like we got this one right.

“Stripping the engine back and getting the block onto the machines at Hartech took me right back to my early years of engineering and the solution to the bore score problem is a strong one. With Mike’s styling the car looks brilliant and drives impeccably and so to get it out onto one of my favourite racetracks, the Silverstone GP circuit, was a dream come true.”