The Wheeler Dealers get to grips with some American muscle as Mike Brewer brings a Dodge Coronet into the workshop for mechanic Ant Anstead to tame.

In the penultimate episode of the series, and in the USA workshop, Mike and Ant got their hands on an American muscle car as a 1965 Dodge Coronet 500 gets the Wheeler Dealers treatment. Mike gives us the inside story!

You know I can’t escape that fact that we have made this final series in America. Although I’ve tried to bring the best of the world’s global cars to the audience, I still get it in the neck every week from someone somewhere shouting they’d like to see a muscle car in the series. So, in an effort to quieten the noise, I set out to go MOPAR with a Dodge Coronet 500. You can’t get more American than that!

I gather by now many would have seen the show in the UK and will be vocal on social media telling me we’ve sold out, gone too American, blah blah blah… However, we love to save cars from all over the world and this one needed saving from being soup cans in the future. 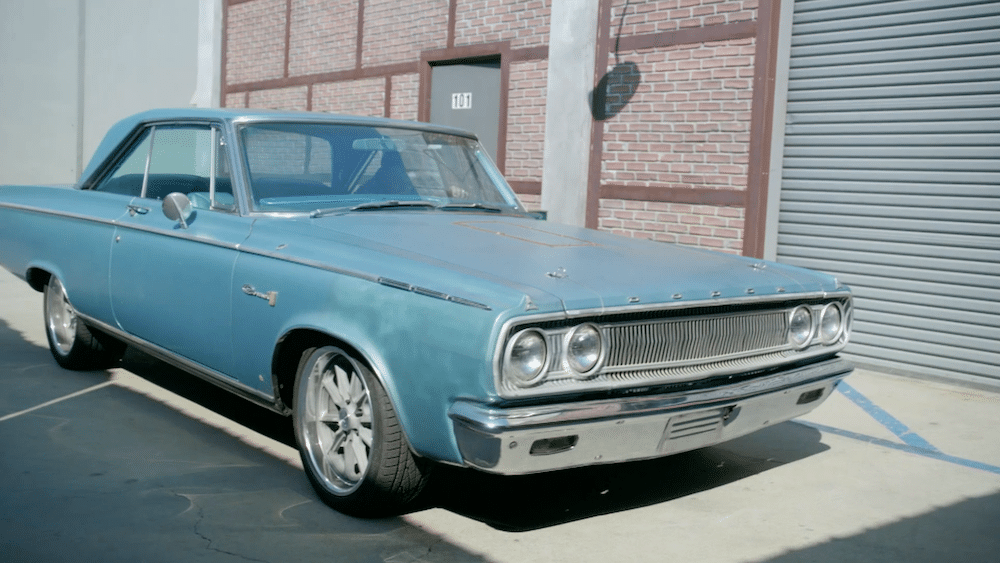 Our seller Kyle was a car builder from home. He set about trying to turn the clock back on his Dodge Coronet after it had spent some time in it’s life living a quarter mile at a time.

Kyle had taken a flat bottom boat 7.2litre V8 super lump and a ridiculous shouty gearbox and thrashed the pants out of this car, but now it was time to turn it back. Hot rodded cars have a very limited market, but a pro-modded car has a much bigger one, so there will be money to be made.

He had already done the interior, which was amazing, and overall the car was quite presentable. After a terrifying test drive where I found the steering was impossible and the brakes were shot – I decided had to have it! At just £12,000, I thought it was a bargain. 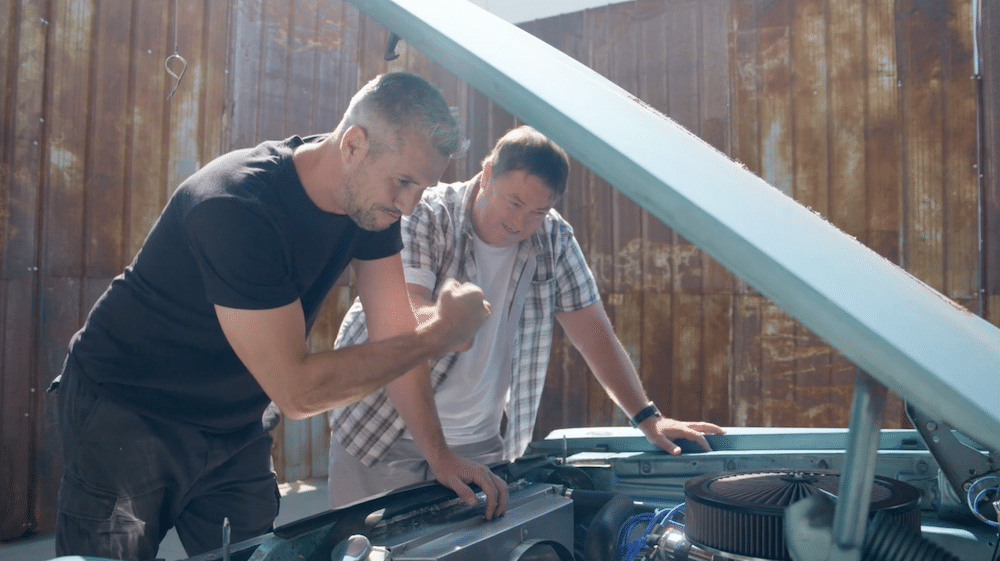 Ant was split over this car. He could see the mountain of work that needed doing but as an American muscle car owner himself (he has a 1965 Mustang), he was excited to get this one on the ramp.

In the workshop, Ant dismantled the exhaust system and prop shaft to remove the gearbox for me, as it will need changing or rebuilding. Next was the steering. The car came with no power steering and a quarter ton engine up front so I’d have no chance of selling the car without power steering. So I found a PAS system that would bolt straight in. Ant said it was an easy install and the difference was incredible. 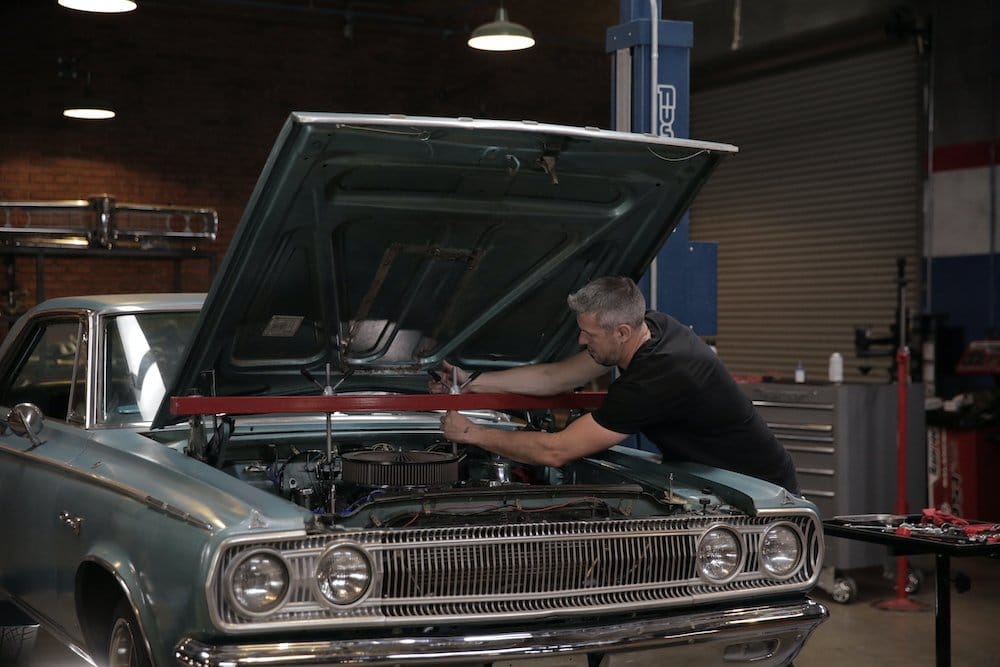 Another parts run from me, with a decent brake upgrade kit that got Ant excited and another installation, had our Dodge Coronet steering and stopping right.

My big job was to tackle that nasty gearbox. Mike’s transmissions specialises in taking standard boxes and making them racing ones. However, I was asking him to do this in reverse. He said that there was not much call for this kind of work but he would have a go.

A gearbox breaks down to 80 pieces that laid out look like nothing, but once in the hosing, somehow work. Its like magic, with words like sun gear, planetary system, orbital, spring clips, splines, etc. Hey presto, all this nonsense get put into the case and gets us down the road smoothly. 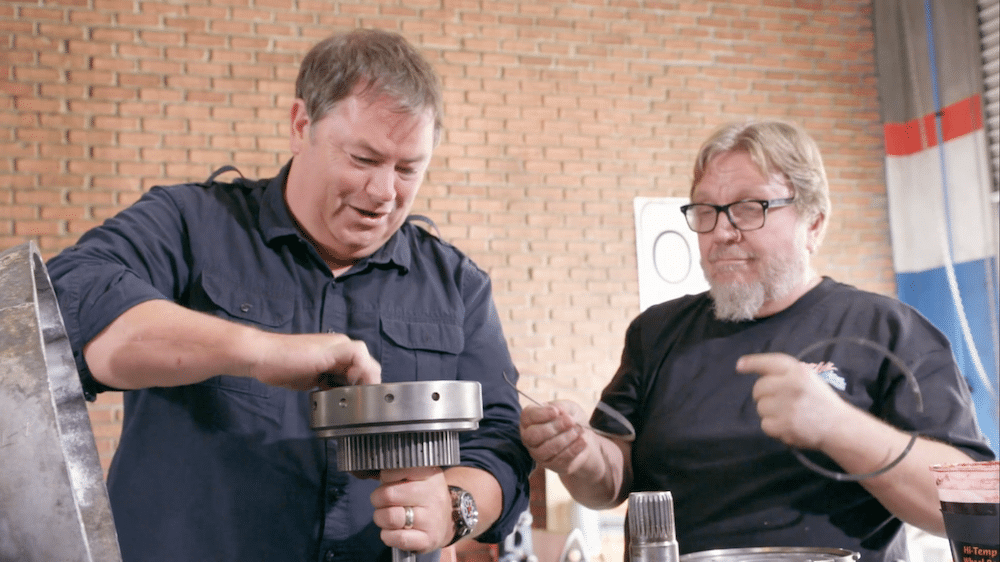 After finishing the gearbox install and checking over the car to make sure all these modifications were right, we bolted on a silver second hand bonnet I found for £150 and hit the road.

My regret was letting Mr. Anstead drive. He’s like a big kid and couldn’t stop himself mashing the throttle every minute. I needed to take time out a few times to calm down.

The car performed effortlessly and certainly had presence but now it was open to a bigger audience and selling it was easy. Word was already out and a guy that owned the car several years back recognised it and wanted to own it again. We did the deal and showed a profit. This would end up being our last filming day in the USA and an emotional moment for us all as we said goodbye to the crew. 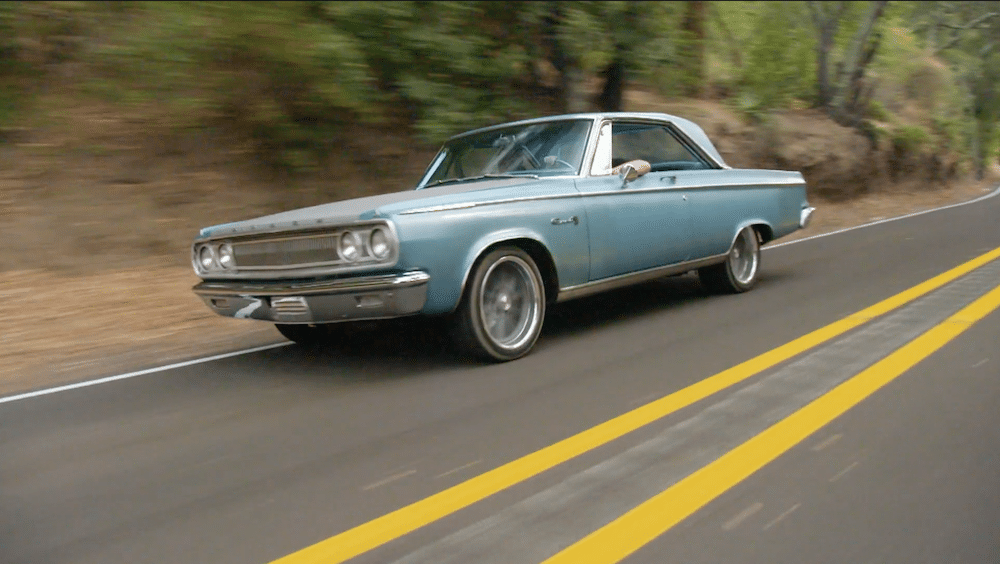