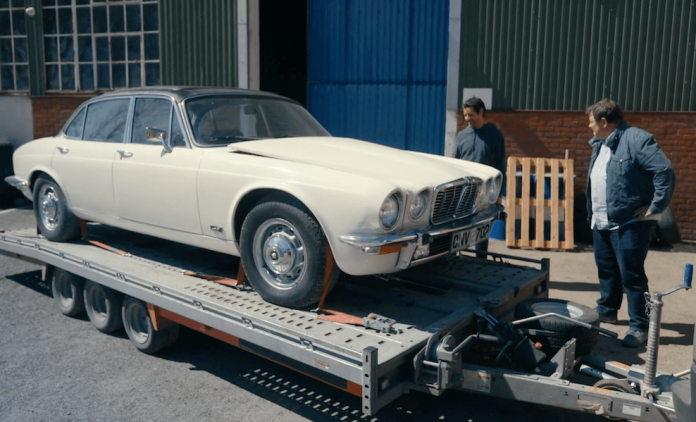 This Jaguar had been off the road since 1990, so would getting it running be a big challenge for Wheeler Dealers Mike and Elvis?

Having tackled a great British classic in the first episode of the new season of Wheeler Dealers, Mike Brewer fancied another, and this time he’d chosen something rather more luxurious in the beautiful shape of a 1976 Series 2 Jaguar XJ6. Keenly priced at just £5000, there must have been a catch… and there was!

It looked lovely. It had covered just 51,000 miles, was rust-free and with a superbly original interior, and the owner had taken care of it. The issue was that the car hadn’t run for thirty years! Since the summer of 1990, in fact. Taken by trailer to the workshop, Marc ‘Elvis’ Priestley was impressed with the Jaguar’s condition but was a little alarmed by the long lay-up.

A thorough recommissioning was going to be needed, so the master mechanic got stuck in.  First job was a detailed inspection to see what work would be needed, and that would start with draining the old, stale fuel from the two big tanks. Thankfully the 4.2-litre engine could be turned over by hand, so with the oil changed and a temporary fuel supply hooked up – not forgetting the lead-replacement additive – it was time to start it. And with fingers crossed and a bit of churning the straight-six burst into life.

Back to the fuel system, then, and having removed plenty of parts including the rear bumper and part of the exhaust system Elvis was ready to lower the fuel tanks out of position for a closer look. They were certainly rusty, the fuel pumps were in a terrible state, and an examination with an endoscope revealed corrosion within. New tanks were called for and they came in at a reasonable £155 each.

It was on to the rear brakes next, and being inboard items gaining access meant removing the rear subframe and axle. New pads and discs were certainly going to be needed, and although the calipers were also in a poor state they were sound enough to be refurbished. A job for Mike, then, and he headed off to brake specialists, Bigg Red, in Worcestershire where it was fascinating watching the tired components being restored to perfect condition.

So now the Jaguar stopped as well as it went, but the next job on the list was a careful check of the electrics. They might have suffered during all that time off the road, so Elvis worked through a check-list to test every item; it was good news, and just a few new bulbs were needed to get everything in working order.

The project was almost at an end, but there was just a few more things to do. The leather interior was spruced-up, the exterior chrome polished, new tyres and a stainless steel exhaust system fitted, and the ignition system refreshed with new spark plugs and HT leads. That was the gorgeous Jaguar done.

As for the test drive, well, that was a little unusual. Mike donned his chauffeur outfit to surprise newly-weds, Jasmine and Adam, with a ride in the finished car and it was surely the icing on the (wedding) cake for the happy couple. With all of the work needed the total bill came to just over £7300, but with the car sold for £8000 it had returned a nice little profit. But more importantly it had returned a wonderful classic to the road.

Mike Brewer says: “It’s always surprises me that there are still barn finds out there. To find this Jaguar in a garage that’s been laid up for 30 years is what good car hunting can produce. Fortunately, the owner was also a car enthusiast, and he did the correct long term maintenance to keep the Jaguar in good health. Turning the engine over every year and squirting oil into the cylinders meant this Jaguar needed only light recommissioning. Elvis tackled the big cat with ease and worked on all the areas that would mean this Jaguar would not only perform but be safe for the future owners.

“What a thrill for me to be able to surprise a newly wedded couple on their special day, their reaction was priceless and I felt that the Jaguar had been waiting 30 years just to do that job.” 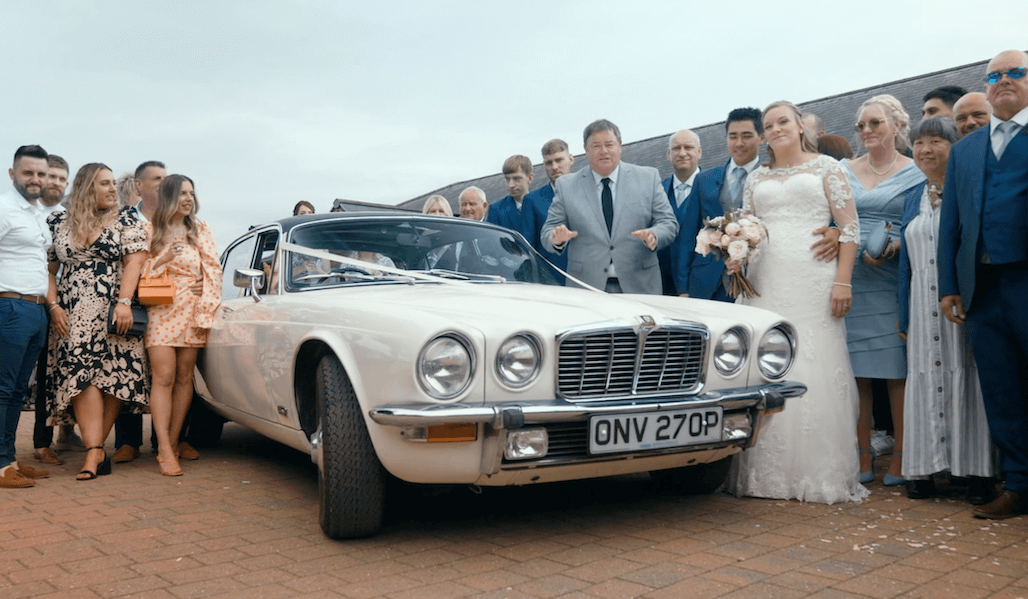 Marc ‘Elvis’ Priestley says: “I love these cars. They were ahead of their time in so many ways, proper luxury in the front seat and back… having said that, I don’t fancy changing those rear brakes too often!

“The end of this episode was so heartwarming. What a lovely touch from Mike to go and do that for Adam and Jasmine. It’s a day they’ll never forget and a car I’ll remember for a long time too.”

Mr Wheeler Dealers himself, our own Mike Brewer sends you his warmest wishes for Christmas and the festive season. It's been a crazy year for...

If you're looking for a last minute Christmas present idea, how about membership to the brand new Mike Brewer Motoring Club? We are thrilled to...

One of the classic world’s most popular cars was the perfect way to end the latest series of Wheeler Dealers, there was a party...
- Advertisement -