It’s all about originality for this project 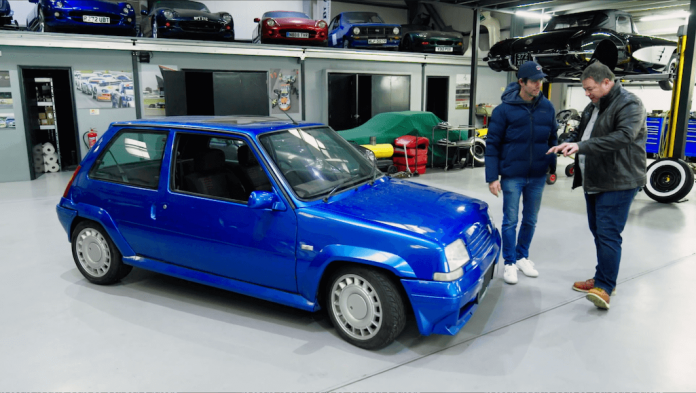 Wheeler Dealers Mike and Elvis get their hands on a the cracking Renault 5 GT Turbo, and give its former owner a birthday treat.

There’s never been a Renault 5 in the Wheeler Dealers workshop, so what better way to put that right than with a 1980s hot hatchback icon. The 5 GT Turbo is a rare beast on today’s roads, but when it came to finding one Mike Brewer had a stroke of luck.

Friends, Charlotte and Warren, at nearby Topcats Racing had just the car he needed. Having been a birthday present for Charlotte it hadn’t been used for a while, was in need of work, and that made it the perfect project. Bought for £6000, there was just the matter of attending to the non-original wheels and modified front bumper, the slightly threadbare seats, the engine, the poor running…

There was plenty to do, then, and the first job for mechanic Marc ‘Elvis’ Priestley was getting the classic pocket-rocket running and driving as it should. That began with a thorough overhaul of the carburettor, giving the internals a good clean and replacing the split diaphragm that was the cause of the stuttering and stalling motor. Adjusting the tappets correctly got rid of the clattering noise, too, while a ceramic-coated exhaust manifold – costing a cool £500 – would cure the hot-starting issues that plagued these cars.

Having secured everything he needed, the job wasn’t finished yet as the next stop was at a company called Alloy Fix to have those superb wheels refurbished and given a very special finish. With the rims carefully cleaned, inspected and powder-coated they’d be given a coat of gold paint that not only perfectly complemented the blue bodywork but also harked back to Renault’s motorsport past. New, period-correct tyres provided a great finishing touch.

As for the front bumper, Elvis wasn’t what you’d call impressed with the second-hand item that had cost £100. He’s not one to shirk a challenge, though, so set about using sections from that one to repair the original item, and with plenty of cutting, gluing, sanding and painting the end result looked terrific.

With the original type of intercooler and under-bonnet pipework reinstated the hot Renault was almost done but there was one last job to tackle. Having sourced the correct material from France Mike and Elvis set about the re-trimming the tatty seats, and with new bolsters fitted the cabin had been transformed.

At this point Mike has normally been hard at work finding a buyer for the finished project, but when it came to the GT turbo the problem was easily solved. How so? Because Warren wanted to buy it back and give it to Charlotte as a birthday present once again, the surprise being revealed at Donington Park circuit.

Agreeing a price of £11,000 meant a nice profit, but more importantly she was overjoyed to get the car back. It was just what she’d wanted all along, and for good measure she was able to show the boys just how talented a driver she is!

“Where we make the show in Bicester, I’ve been using a local racing shop for some parts. When I was there once I noticed a Renault 5 GT Turbo tucked away in the corner. This car had clearly been got at, having the front bumper ripped open and the engine full of aftermarket tat. The owner Charlotte reluctantly sold me the car as it was a birthday present from her husband Warren (honestly it took some persuading). During the build, Elvis did incredible work reversing the engine back to its original self and working out some great fabrication on the front bumper. I’m really pleased with the gold touches on the wheels that I decided on and I think in the end the car looked great.

“A canny dealer will always keep in touch with a seller and I kept in touch with Warren and he asked for me to show him the car before I sold it. Once he saw the car he knew he had to buy it back for the second time as Charlotte really wanted to keep it in the first place. What a great result all round and a lovely car to have through the workshop. Well done Elvis, nice one.” 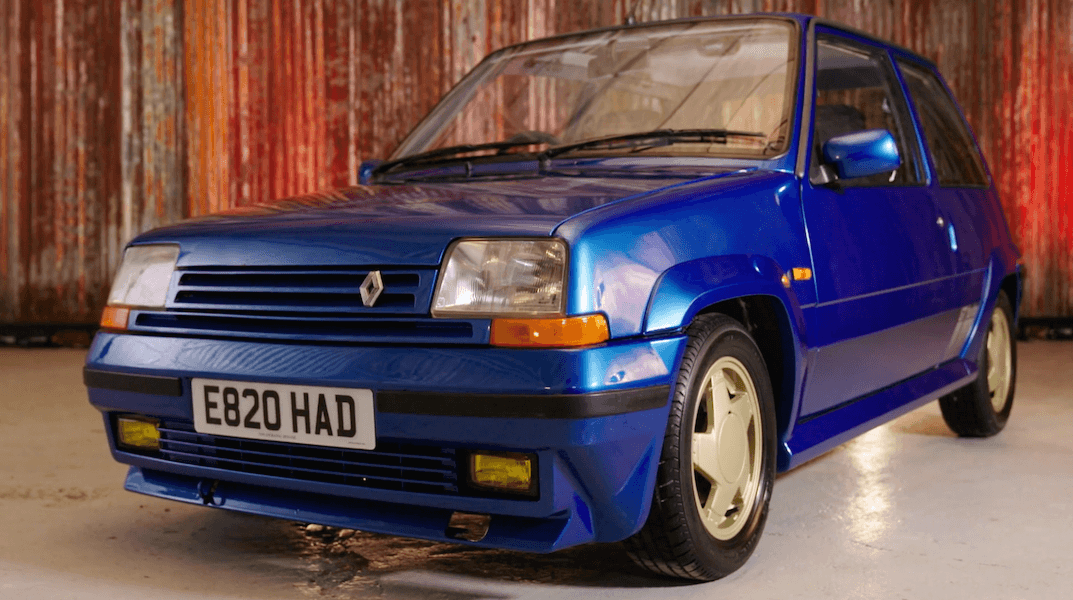 Marc ‘Elvis’ Priestley says: “This was literally my dream car as a teenager, so I couldn’t have been happier when Mike told me there was one around the corner for sale. It was smaller and probably not quite as quick as I remember from all those years ago, but it definitely still has that ‘cool’ factor!

“The biggest challenge was probably making that bumper work from the piece of scrap Mike brought me, but I do love a challenge and I was really pleased with how it came out.

“Charlotte’s face when she saw the car again made all the pain and hard work so worth it and Mike and I went home very happy indeed.”

25 years of the Renault Sport Spider

Mr Wheeler Dealers himself, our own Mike Brewer sends you his warmest wishes for Christmas and the festive season. It's been a crazy year for...

If you're looking for a last minute Christmas present idea, how about membership to the brand new Mike Brewer Motoring Club? We are thrilled to...

One of the classic world’s most popular cars was the perfect way to end the latest series of Wheeler Dealers, there was a party...
- Advertisement -