A 1967 MGB Roadster heads into the workshop. 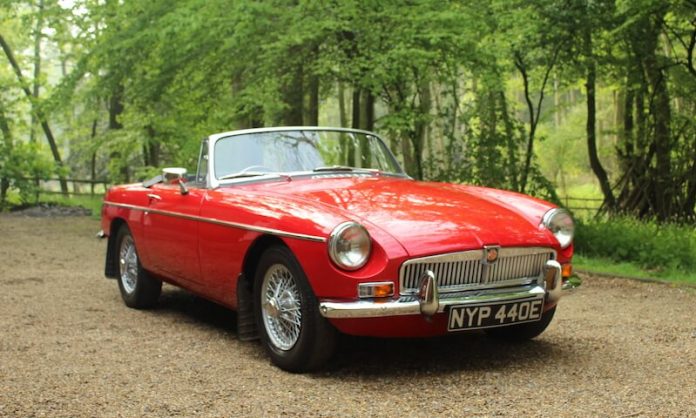 One of the classic world’s most popular cars was the perfect way to end the latest series of Wheeler Dealers, there was a party to attend too.

Keen to join in with the celebrations of the MGB’s 60th anniversary there was only going to be one car for this week’s Wheeler Dealers episode, and its purchase came with a bit of a twist. In fact, it involved re-winding some eighteen years… 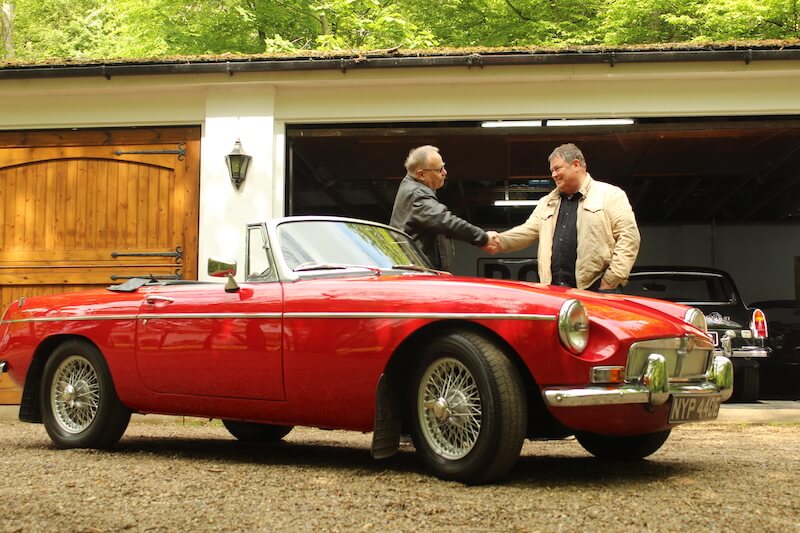 It was back in 2004 when Mike bought an MGB GT from Barry, and he was back to see him again to inspect this cracking Roadster. It looked great, was rust-free and had a strong engine, but with an asking price of £12,000 it was rather more than the GT had cost all those years ago! Still, it was too good to resist and a deal was done at £11,000. But with a special event looming the clock was ticking! 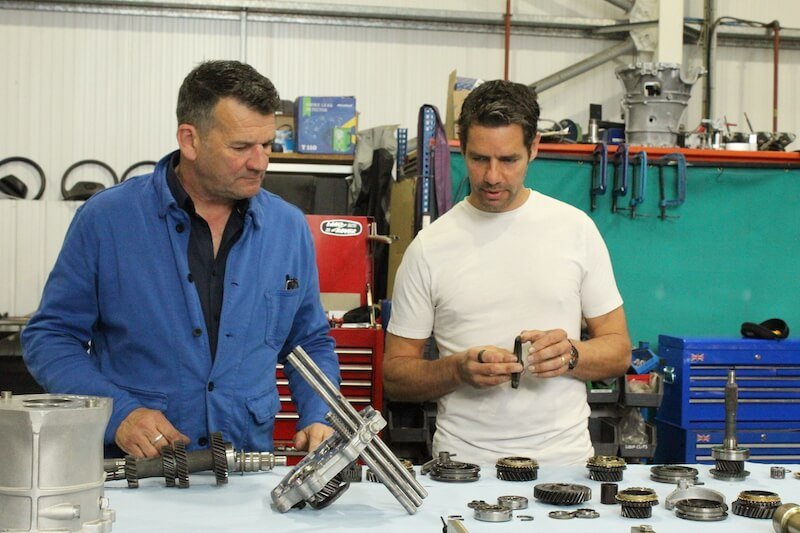 The first job was sorting the lack of an overdrive gearbox, and Elvis had a way to remedy that. Swapping it for a 5-speed ‘box was the plan and a Mazda MX-5 unit that had been used in a Caterham race car was the answer. It needed a complete rebuild, though – a split synchro ring was just one of the problems – along with some modifications to reinstate the speedometer drive that had been removed previously. The whole job cost £1100 but the new transmission was soon ready to go back in the car.

This being Wheeler Dealers there was still plenty more jobs to do, and one of them was sorting the rather tired suspension. So Mike headed off to parts specialists, Rimmer Bros, where he spent £204 on a set of polyurethane bushes that would transform the way the MG felt. And while he was there he filled his shopping basket with plenty of other goodies, including new carpets, foam inserts for the seats and a new steering wheel. 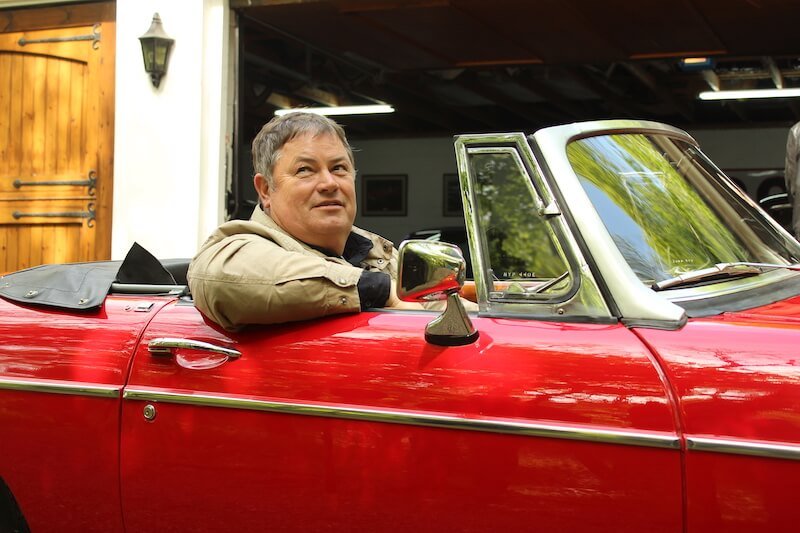 Back at the workshop Elvis had the gearbox installed, but a shorter prop shaft was needed to finish the job. Mike got that sorted with a visit to an engineering firm, but rather than shorten the original unit it was cheaper to have a new one made. It cost just £180 and it was fascinating to watch it being made.

In the meantime the brilliant mechanic could crack on with the suspension. With the various components removed and cleaned and the new bushes installed – along with new front coil springs – the MG was almost ready for the road. Once the interior has been smartened-up, that is. 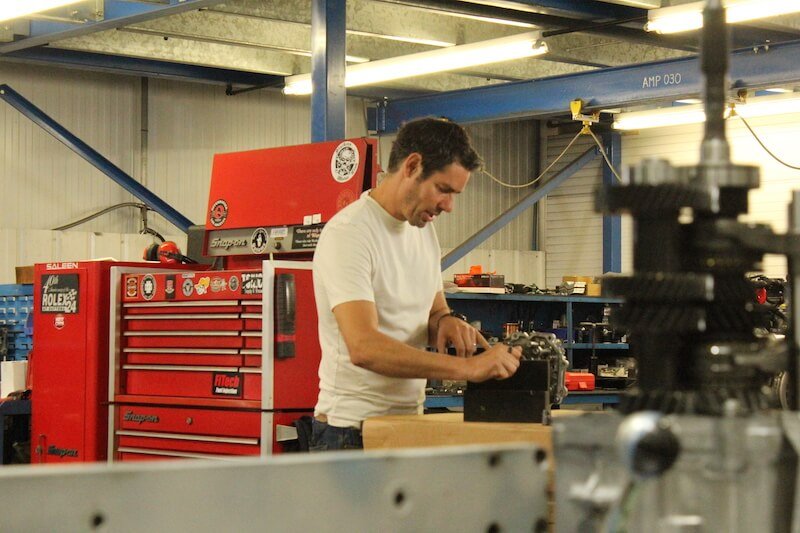 The walnut dash board and door cappings didn’t really suit the car, so those were replaced with original-style parts. The new steering wheel went on, the seats were refurbished and a new speedometer was fitted; this was needed as Elvis had fitted the gearbox with an electronic drive mechanism instead of the old-fashioned cable, and the new dial would certainly be more accurate.

After a final polish it was time to head off to Silverstone to not only join in the MGB’s 60th anniversary celebrations but to meet a potential buyer, too. Neil and his wife, Elaine, were certainly impressed with the lovely Roadster and they didn’t hesitate to pay the full asking price of £15,000. 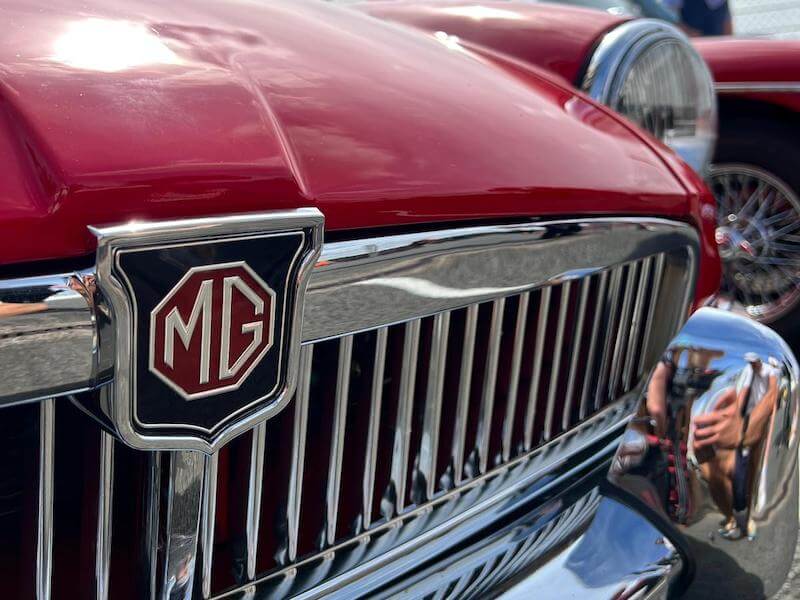 Our favourite duo had not only made a nice profit but they’d also enjoyed getting involved in a big birthday for this brilliant British classic. What a great way to end the series!

Mike said: “It was such a pleasure to revisit the MGB in its anniversary year, and for a car that should be collecting a pension it felt like it was new. Changing the gearbox to the more modern MX5 conversion really opens the car up to modern motoring and makes it a much more usable daily classic. Having done a similar conversion on my own MGA, also with a B engine, I can speak from experience. Elvis loved the engineering in the show and the gearbox build challenged him, but he was delighted with the results.”