The first Vauxhall to make it into the workshop. 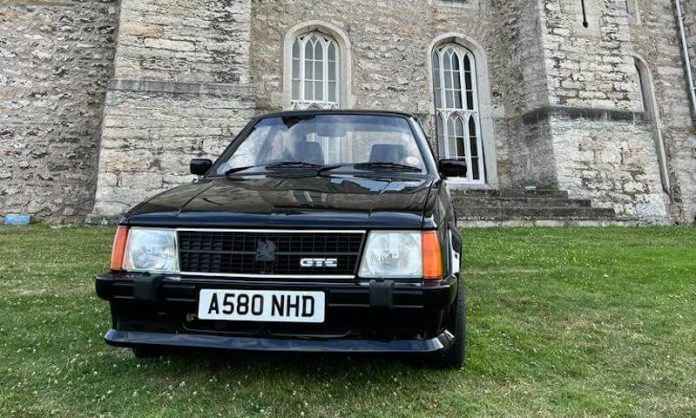 There are few very Mk 1 Astra GTEs on the road, so Mike and Elvis embarked on a mission to bring another one back to life. Would they succeed?

Having already tackled a famous motor from the 1980s in the shape of the Ford Escort XR3i, it was time for the Wheeler Dealers to turn their attention to one of the legendary hot hatchbacks from the period. The fantastic Mk 1 Vauxhall Astra GTE. And this week’s show marked a special moment for Wheeler Dealers – after almost twenty years this was the first Vauxhall to make it into the workshop.

Owner, Jason, had restored the car before but then it sat unused for the best part of thirty years, making this the perfect time to get this rare motor back on the road. He was asking £7000 and a lot of work would be needed, but with plenty of original parts thrown in to sweeten the deal it was a project Mike couldn’t turn down. Would Elvis be up for the challenge? 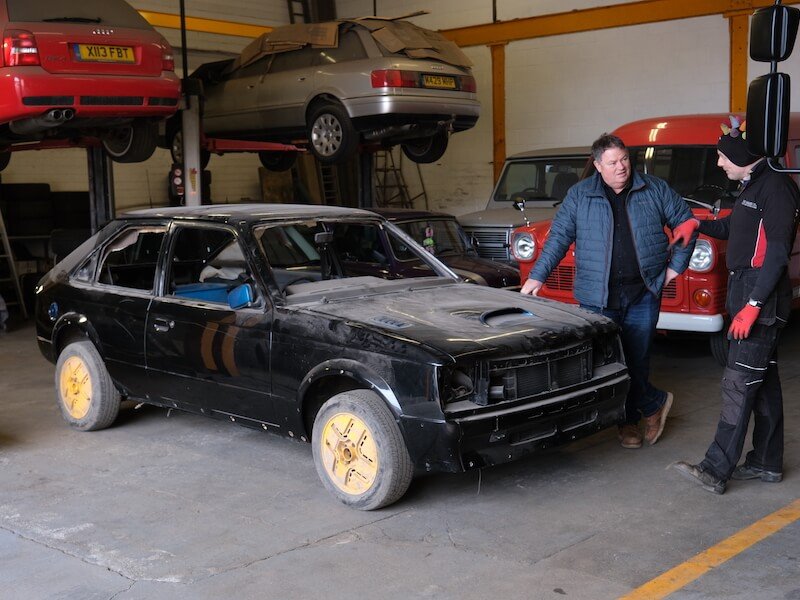 Actually, the ace mechanic was excited to be working on such a legendary hot hatch and got straight on with tackling an engine that hadn’t run for three decades. At least it hadn’t seized up in that time, but with it removed from the car and stripped down it was clear that a complete rebuild would be needed. Corroded cylinder bores, worn bearings and a scored crankshaft were just the beginning…

While that engine was sent away for the work to be done – Elvis would help out with the cylinder re-bore and sorting out the crankshaft – Mike had a long shopping list. Luckily, he knew just the people that could help in the form of the Mk1 Astra Owners Club and a chap called Gareth. 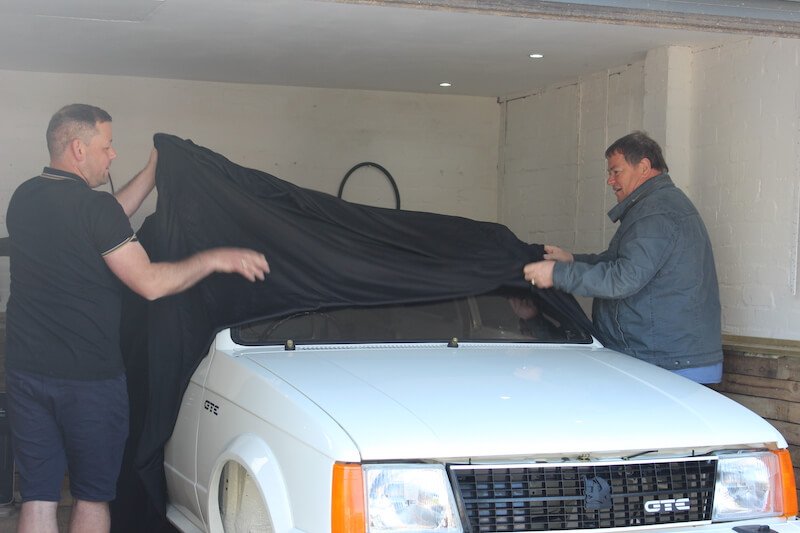 Over in Wales Gareth was restoring his own GTE, and was able to supply lots of the rare parts needed to bring the Wheeler Dealers car back to life. The biggest was a rear axle to replace the non-original part that Elvis had discovered, but there were also interior trim parts, clips, decals and lots more. And the cost of all this? A very reasonable £830.

While all this was happening the rolling shell had been sent to specialists for some attention to the paintwork and a thorough polishing and detailing session that would have it looking as good as new. The £2500 it cost would be money well spent, and with all the parts ready Elvis could get on with the rebuild. There was just the matter of Mike sourcing a new headlining, though. Found in The Netherlands and costing £200, it took both of them to fit it. 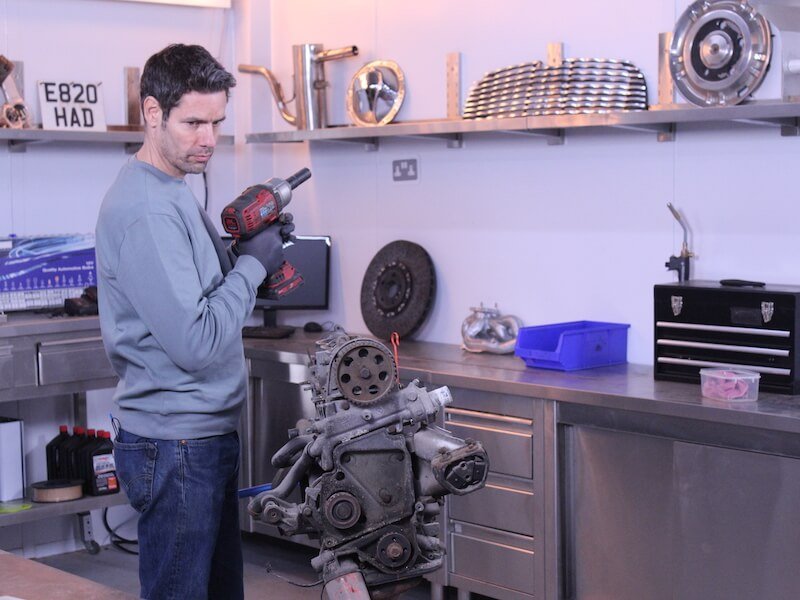 There was still plenty of parts to re-fit, both inside and out, but after hours of hard work the GTE was finished and it looked utterly brilliant. It was a fun drive heading back to Wales to meet up with Gareth and other Mk 1 Astra owners – and admire some more great GTEs. 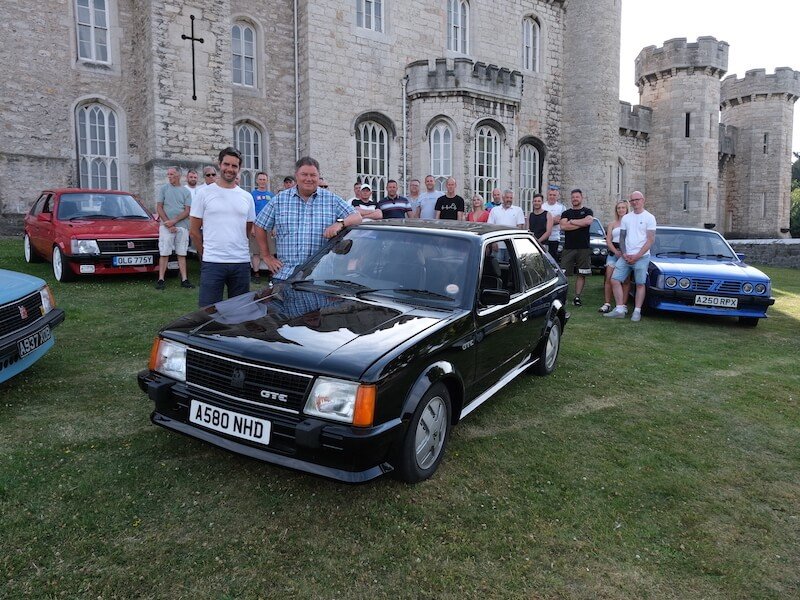 This epic restoration had left Mike and Elvis with a final bill of almost £12,000, but they needn’t have worried about getting their money back. In fact, with a friend of Gareth’s paying £20,500 for the car they had made a very tidy profit. And, more importantly, returned a rare and desirable hot hatch to the road.

Mike said: “After 20 years of chasing, finally, I get a Griffin into the Wheeler Dealers Workshop. It’s not through want of trying. It’s been difficult to find the right car with the right amount of jobs. However, I think I found quite possibly the worst car with the worst amount of jobs to really test Elvis’s Skillset. Everything I seem to throw at him, he just smiles and gets on with it.

“So once I found this Astra, I knew that he had the ability to deliver us one of the best Wheeler Dealer restorations we’ve ever done. Finding the parts was tricky though, and I did have to think outside the box to source those little details that make all the difference to give this car the originality it deserves.

“The end result not only delivered a great profit but we were more delighted that we managed to not only get our car registered increasing the numbers in the UK, but because of her owners of the Mk 1 Astra were keen to take part in the final Reveal in Wales. It forced them to get their cars finished and registered as well.”

Mike adds: “For the eagle eyed viewers out there, there’s also a hidden Easter egg in the show of a future episode that’s coming up.“