Mike Brewer is joined by fellow TV presenter and car nut Alex Riley to talk about his beloved TR7, his varied career and the new series of The Car Years.

Motoring journalist and presenter Alex Riley can currently be seen with Vicki Butler Henderson (Fifth Gear, Top Gear) championing the very best cars released from a moment in time in The Car Years.

The new series of The Car Years, which started on ITV4 on Monday 12 July at 8pm, features eight classic motoring years as Vicki and Alex pick a car each that they think is worthy of being crowned best in year. 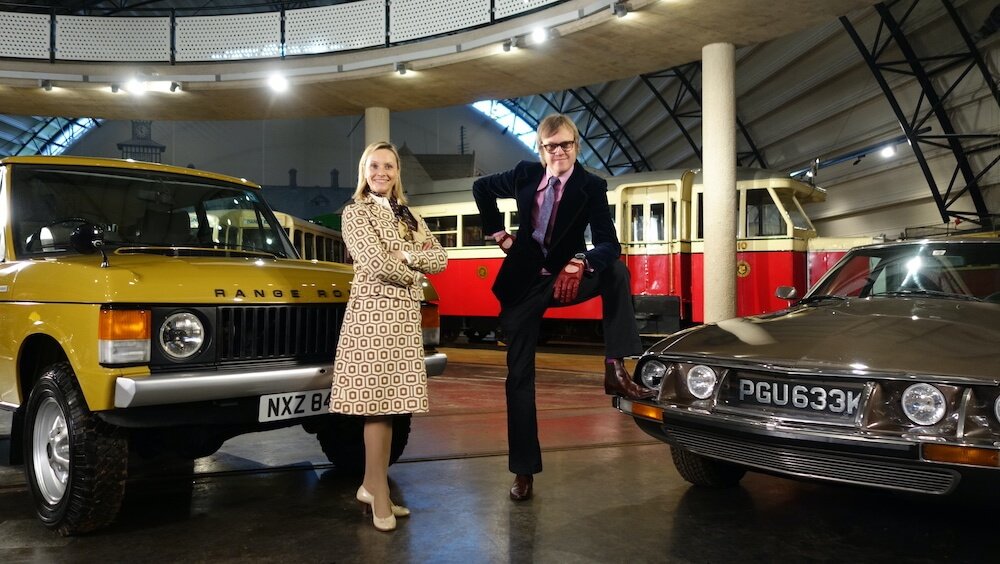 The all-important decision of which car wins comes down to an expert panel of three judges made up of well-known and note-worthy automotive commentators. The competition between Vicki and Alex reaches new heights as each result from the judges comes in, putting automotive reputations on the line in this fascinating returning series.

Iconic cars such as the Land Rover, Ferrari 308, Lotus Elan, Ford Capri, BMW M3 and the MGB all feature in episodes  starting with 1948 and spanning  the 60s, 70s and 80s, before finishing up with an epic battle between two rally giants in the year 2000. 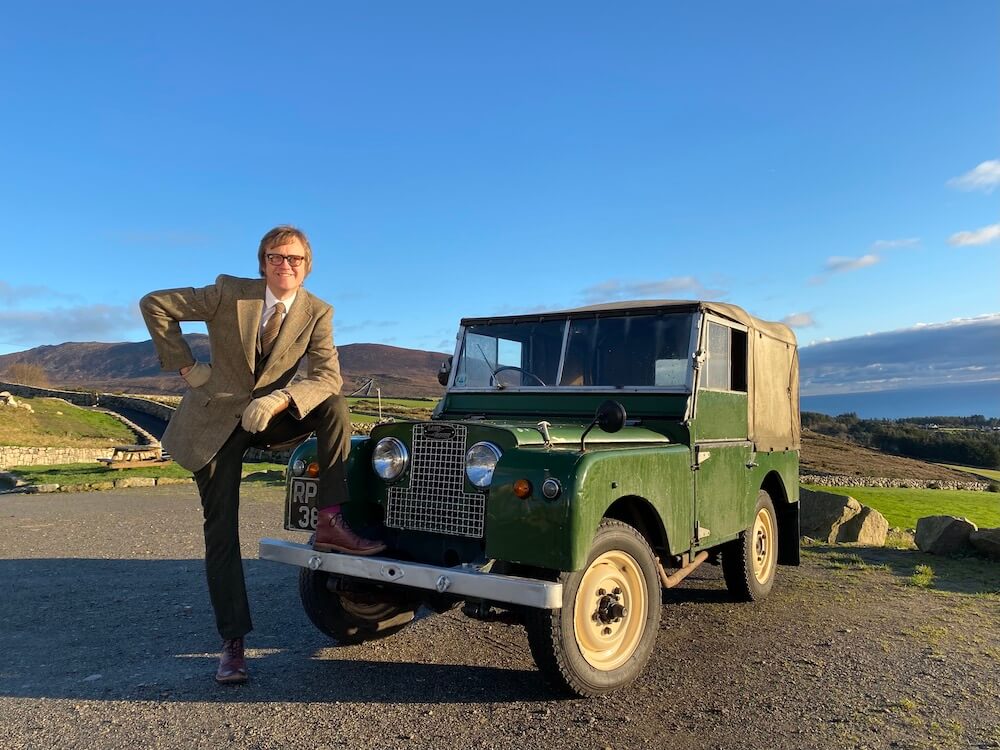 It’s not just the cars that star, as the show travelled to Northern Ireland to put the classic cars through their places on some of the most picturesque driving roads in Europe. From the stunning Antrim coastal roads of Ballygally, Carnlough, Ballintoy and Portrush, through the epic switch-back roads of the Mourne Mountains and Slieve Binnian, the landscape provides an extraordinary backdrop to the stories behind the featured cars.

Alex said: “Northern Ireland provides the most incredible backdrop to  the latest series of The Car Years. Driving some of the World’s great cars along the Antrim coast was a thrilling experience and I can’t wait for viewers to see just how amazing they look in this extraordinary landscape.”

Vicki added: “It’s been an incredible experience bringing The Car Years to Northern Ireland. The roads are terrific and you’re treated to some incredible views and warm welcomes wherever you stop. If you want a cracking road trip holiday, start by exploring this beautiful country.”

Episode 2: 1986
Championing a sports saloon car that was born in 1986, Vicki goes for a turbo powered touring car for the road in the shape of the Ford Sierra RS Cosworth. Alex picks the Ford’s arch rival on the race track the BMW M3. 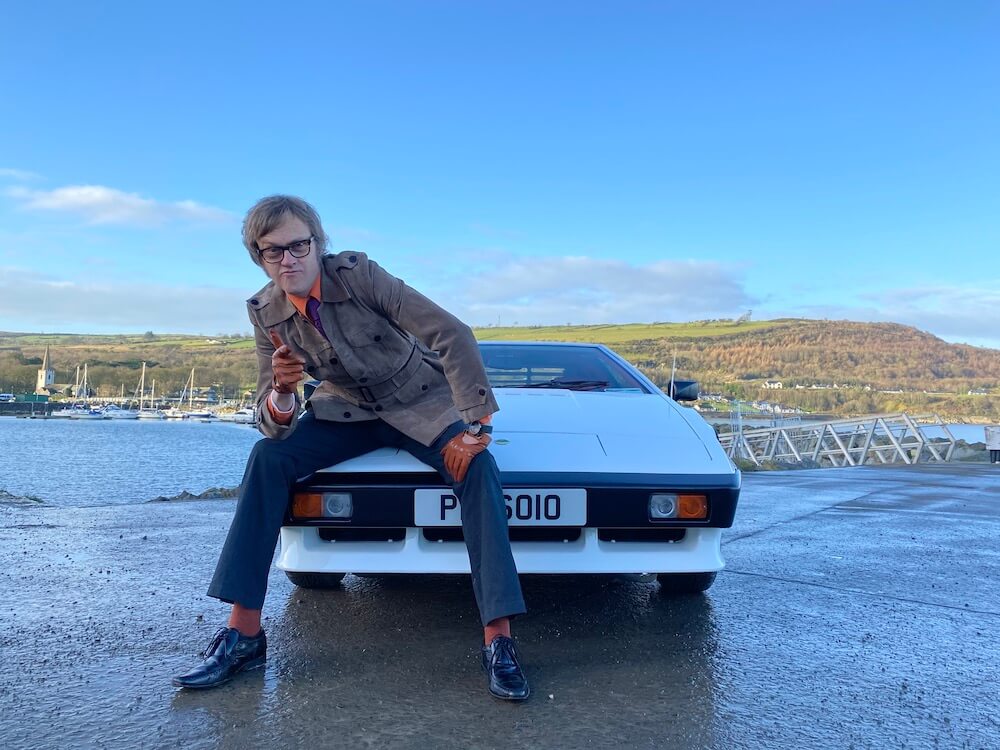 Episode 4: 1975
Vicki and Alex make a case for a supercar released in 1975 that would go on to become an 80’s icon. Vicki drives and champions the Ferrari 308 made famous by the Magnum PI TV series while Alex gets behind the wheel of one of his childhood heroes and iconic James Bond car the Lotus Esprit.

Monday July 26th 8.00-9.00pm
Episode 5: 2000
With the year 2000 selected, Vicki and Alex get behind the wheel of two rallying icons of the Playstation generation, but whose car is best? Alex argues the case for the Mitsubishi EVO 6 Tommi Makinen Edition while Vicki champions the Subaru Impreza P1.

Episode 6: 1948
What’s the best car of 1948 that helped mobilise the post war World. Vicki gets to grips with the iconic Citroen 2CV, while Alex makes the case for the British workhorse, the Series 1 Land Rover.

Monday August 2nd 8.00-9.00pm
Episode 7: 1962
What is the best British sports car to be realised in 1962. Vicki picks the ever popular MGB sports car while Alex makes a case for the ultra-lightweight Lotus Elan.

Episode 8: 1970
Deciding the best car that was born in 1970, Vicki goes for the world’s first luxury SUV in the shape of the Range Rover. Alex picks a 70’s vision of the future with luxury GT car the Citroen SM.

Mike Brewer interviews Phil Vickery, TV Chef and author, about his career, his first car, and the lessons he's learnt from years of watching Wheeler...